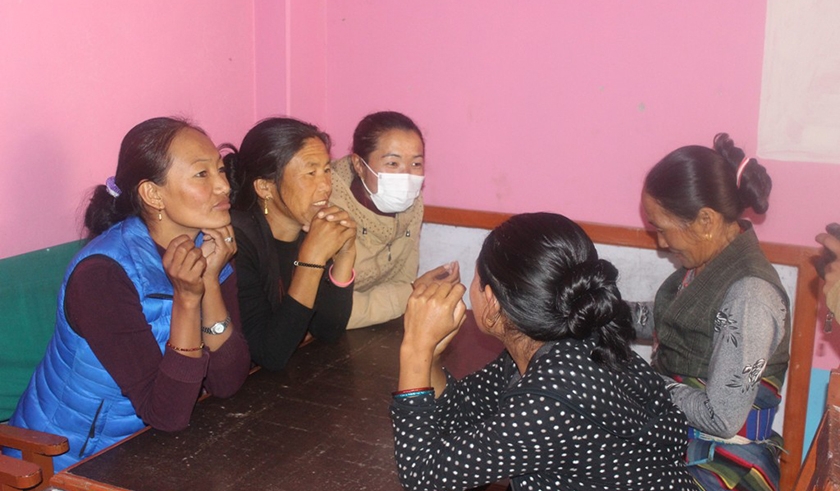 Around 40 Mustang people including Gurung, who had come done to Pokhara to escape winter, returned to Lomanthang by bus arranged by election candidates on Thursday.

“I have returned home to take part in the elections as the upcoming elections holds more significance than the past one,” said Pasang Gurung of Lomanthang.

“We are already into the elections irrespective of freezing winter. We will cast votes in the elections for the development of our village,” said Gurung.

Food, lodging, transportation including other facilities were arranged for the team at a hotel based in Ghatan in Beni municipality-9, according to a source at the hotel. Besides, a free transport has been arranged to ferry them back to Pokhara after they cast their votes on the election day.

“Not only the hotels and buses that chock-a-block along the Beni-Jomsom road section these days, but also smiles could be seen across the faces of election candidates with the comeback of Mustang people who had come down to Pokhara to escape chilly winter,” said Khunga Gurung, a local.

To lure the voters, candidates have also arranged air tickets as well as free means of transport from Kathmandu to Pokhara.

There are 37 polling stations and the same number of polling centers in Mustang district where  a total of 9,427 voters will be casting their votes in the elections. Out of which, 4, 806 are males and 4, 621 are males including a third gender. In the first round of local elections held on May 13, a total of 8, 461 voters had cast their votes.

Later on, 966 people were included in the voters’ list collection campaign launched from July 16 to August 19.

According to the census of 2068 BS, the total number of population is 13, 452 in Mustang where there are three seats including one for the House of Representatives and two for Provincial Assemblies.

As many as eight candidates from various political parties are in the election fray in the upcoming federal parliamentary and provincial elections.

All the required election materials have already reached the respective polling stations.

DAMASCUS, July 9: State news agency SANA confirmed the that a deal had indeed been reached between the Syrian army and... Read More...

KATHMANDU, Oct 26: Prime Minister Sher Bahadur Deuba has called on one and all to make the upcoming elections successful... Read More...

It is difficult to run hotels according to the prevailing policy: HAN
37 minutes ago