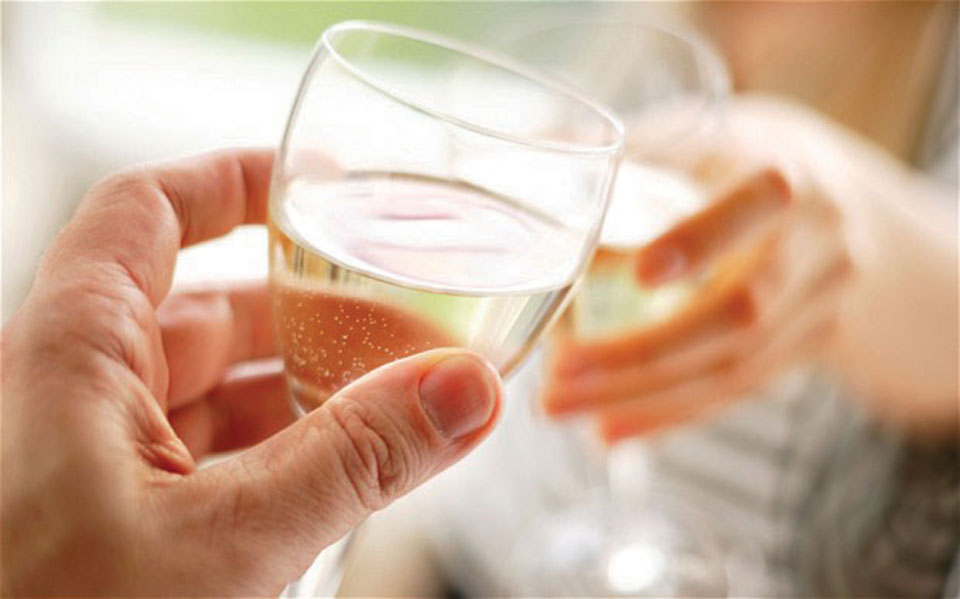 Drinking is universally accepted as a normal practice across cultures and societies notwithstanding its perilous implications on health. The world may never have seen the drinking habit of one guy (read Bret Ka vanaugh, recently installed the United States Supreme Court Justice) until it triggered such an impassioned discourse.

I have experience of being a broadside of an inebriated person to being hospitalized for a sixth nerve cranial palsy leading to diplopia allegedly brought about by hypertension which may have resulted from my occasional drinking habit. That removed me from work for a quarter of a year. Justice Kavanaugh’s teenage drinking habit and its concomitant effects almost cost him a plum lifetime job in the highest court of the USA. He was accused of sexual assault by Professor Dr Christine Blasey Ford while they were still in high school back in 1982.

When I was growing up in a small village in western Nepal, I was told that alcohol or any inebriating alcoholic beverages were detrimental to health and the person consuming them would lose their minds. That was enough to stir my curiosity about alcohol. It would keep scaling new heights whenever I saw inebriated people immersed in monologue, traversing carefree and venting their ire at anyone or anything they came across. But I never saw or heard any one of them falling off a cliff or precipice. Those sights implied that drinking was a passport to the flights of fancy away from sordid experiences and journey to self-aggrandizement.

Journey with drinks
I had had a first gulp of a chilled beer back in the early 1990s in a western border town of Nepal where I was pursuing my bachelor’s degree while working as a primary school teacher to make ends meet. It was the first time I had ever tasted alcohol. I was in my early twenties back then. I thoroughly enjoyed it in a thatch-roofed local restaurant with three maroon colored fan blades hurtling overhead. I could suddenly feel a sense of liberation from a feigned loss of consciousness. Hard suppressed vainglorious inner-self came to the surface.

While drunk, I was suffused with unprecedented confidence to think of proposing to any girl I liked in my class.  I surmised I would promptly be reciprocated since I was the class topper at the college campus. I was never a genius although I was not a simpleton. Justice Kavanaugh claimed to have been one of the brightest, most obedient and regular church going students during his testimony to the US Senate Judiciary Committee. Therefore he vehemently denied having assaulted any girl in his life let alone Dr Ford. Still, he accepted drinking many beers at times. Well, that smacks to me of some unwarranted pride lurking in him.  I am just inferring here, not judging.

During my college life, I have been to various picnics where the most sober of my friends have destroyed the whole occasions by feigning blackout under the cover of drunkenness, uttering frustration arisen out of unrequited (or rather one-sided) love to certain girls and challenging  the imaginary rivals. I was left pouring cold water on their foreheads to bring them into consciousness but to no avail. Most of them have also apologized to me for having to babysit them with full-fledged admission that they had never blacked out but they pretended to have done so. Ultimately, I was convinced I was at the receiving end of their purposeful drunkenness because I bore the brunt of being accused or perceived as an accomplice. Therefore, I, for one, deem irresponsible drinking to be unquestionably an embarrassment to all parties involved irrespective of setting and occasion.

So far as beer is concerned, I have not drunk it that much because I discovered early on that it was too diuretic for me to drink. One bottle of beer would guarantee me up to five restroom trips worsening the prospects of dehydration if I did not drink plenty of water. I blame my physiology and relatively small bladder for this beer induced mess.

Afterward, I experimented with strong tasting spirits for more than a decade to celebrate good times (yes, to fight bad times too). It was circumstantial compulsion rather than a conscious choice as the hard drinks tend to be cheaper with more alcohol content to hobnob with in the third world countries like Nepal where I was born.

With disenchantment from beer and financial constraints looming, I switched to red wine when I immigrated to the USA some five years ago. I adopted this new habit tailored to a new lifestyle in tandem with immediate environments and suitability for my aging body.

Interestingly, beer episode aside, almost any doctor I have visited in my life in the US or elsewhere for any reason is misled to suspect diabetes on me upon having knowledge of my frequent trips to the restroom only to be disappointed later in the aftermath of lab tests. This justifies that over generalization is not applicable in all case because every person is unique. I have seen many doctors fall into this trap of generalization. It is not their fault altogether.

Human-beings have remained heavily inferential and preordained in their view of the world. After all, the evolution of human civilizations has continued with the continuum of apprehensions and prejudices.

Truth and perceptions
I notice stark differences between justice Kavannaugh’s glowing and dashing look in his early fifties and his accuser, Dr Ford, looks so haggard. Could it be a genetic issue? Does it have anything to do with their respective professions? Or could it be emblematic of live-in-the-moment attitude of the justice and brooding nature of the professor? How to fathom the truthfulness? The accuser mostly remained calm and composed during the whole process of US Senate Judiciary Committee testimony. The accused was visibly aggressive, combative at times extremely partisan throughout the process. He later regretted for being too emotional too through an article published in The Wall Street Journal. The Democrats have blamed the White House of limiting the scope of investigation just to assuage the public. That was, according them, a ‘sham’.

Truth is beholden to subjectivity which often interferes with our perceptions. Perception is an extension of disposition which has immeasurable dimensions leading to eternal search for truth which in a bitterly partisan world is just a mirage.

Clean drinking water to all within 3 years: Minister Thapa Magar

KATHMANDU, July 9: Minister for Water Supply Bina Thapa Magar has said that the government has forwarded the works to ensure... Read More...

Summer heat dries up wells, the only source of drinking water

GAUSHALA, May 8: More than 50 wells in Bharaptur of Mahottari have dried up creating a drinking water crisis in... Read More...

KATHMANDU, Dec 29: The government has decided to approve Rs 2.12 billion in grant to be provided by Asian Development... Read More...