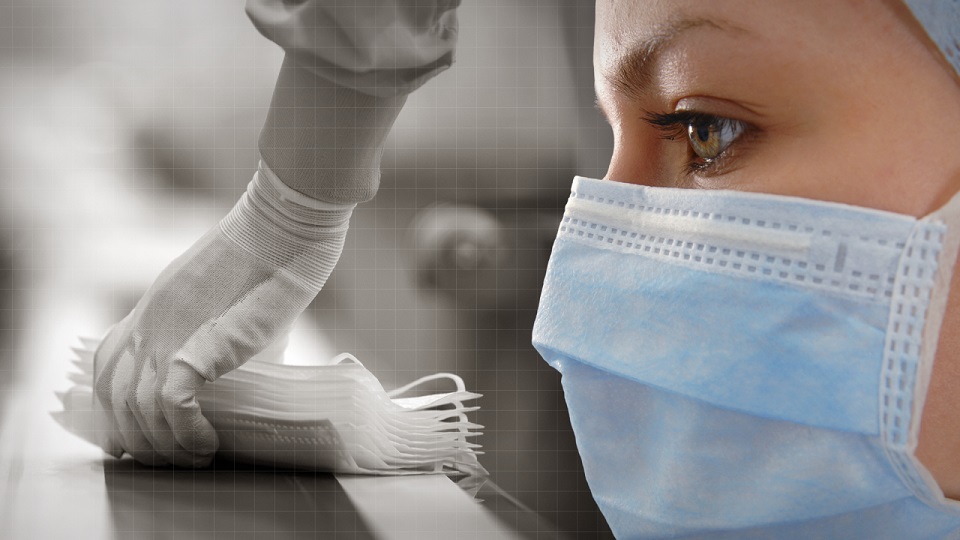 Ironically, Trump has no other country to turn to purchase necessary medical supplies except China with whom he loves to be entangled in a perpetual trade war

America has lived through many pandemics most of which have had economic and political ramifications. The current COVID- 19 pandemic has had additional psychological dimensions to it. It has evolved to be extremely devastating for America. The public health crisis has surpassed the worst nightmares experienced in recent history since World War II.

Crisis reveals a character. President Trump put politics ahead of policy when he termed the coronavirus a ‘Chinese virus’ as it left a trail of death and destruction in China’s Wuhan city. His Secretary of State went further to rechristen it ‘Wuhan virus’. Make America Great Again (MAGA) disciples, conservative media cheerleaders and die-hard fans of the president dismissed the threat of virus as a Democratic hoax and hysteria. The politically charged terms and insinuations stoked anti-Asian (especially Chinese-Americans) sentiment among the MAGA fanatics some of whom have been reported to turn to verbal and subtle physical attacks against Chinese-Americans.

In America, the virus first surfaced across the eastern and western coastal states which are mainly Democratic citadels. Most of the (Democratic) Governors in these states issued stay-at-home orders early on. But most Mid Western and Southern state Governors (mostly Republican) fiddled while Rome burned. They have shied away from taking any stringent actions toward stemming the spread of the virus in their states even as their Democratic counterparts have been working frantically to keep their state health systems functioning to save lives.

Of late the president looks to have softened a bit and matured as a catastrophic health crisis unfolds right under his watch. His disbanding of a National Security Council unit (in 2018) focused on pandemic preparedness, which left a leadership vacuum in global health security at the White House is behind this unmanageable mess, according to detractors. He is pinning high hopes on the quick discovery of a cure for the disease. But the damage will have been done before any coronavirus vaccines and other treatments such as usage of plasma and hydroxychloroquine and antibody treatments reach a conclusive stage. Watched pot seldom boils.

The otherwise belligerent president should have already realized the absurdity of his MAGA movement in the aftermath of the landing of a Russian cargo plane at New York airport with medical supplies. I wonder how he is reconciling his version of American exceptionalism as Vladimir Putin chuckles in Moscow. Moreover, he has no other country to turn to purchase necessary medical supplies except China with whom he loves to be entangled in a perpetual trade war. Now the irony of fate is that he is compelled to depend on China to save American lives. He will have to roll with the punches awhile.

Trump stunned the world with unexpected rhetoric when he said “American carnage stops right here and right now” in his inaugural address on January 20, 2017. That carnage has arrived in 2020 as he presides over a ravaged country that is struggling to provide enough hospital beds and ventilators to its ailing and wailing citizens.

Many hospital systems are overwhelmed by COVID-19 patients. The doctors and nurses are working around the clock putting their own lives on the line. Ventilators are either running low or in short supply across the hot spots. Things have gotten so worse that the doctors are faced with a painful choice of making decisions as to who gets a life-saving ventilator and who does not.

Normal could look completely different when this mess is all over in this country. The magnitude of tragedy cannot be captured in words. Refrigerated trucks are used to store bodies as morgues remain filled and funeral directors work overtime. Every life lost is a stark reminder of what could go wrong if rulers and political leaders become more combative and less accommodative.

America used to be a beacon of hope for liberal democracy and freedom-loving people around the world. Not any longer. The virus outbreak has unearthed the anomaly by exposing all underlying vices and weaknesses that were creeping underneath the foundation of American democracy. What is even more disturbing is the dramatic surge in the purchase of firearms among the public as the nation inches toward a precipice of economic recession and the worst possible depression-era never has seen before in generations.

People often go nuts during a pandemic. I recently experienced it firsthand. I visited a grocery store as our kitchen ran out of iodized table salt around the second week of March coinciding with the outbreak of COVID-19 in Washington and New York states. I found the baking needs, spices, and cleaning item aisles empty. It was understandable people were stocking up on bleaches, germicides and disinfectant sprays. But what is the rationale behind hoarding excess amount of salt, sugar, and spices? Everybody knows COVID-19 causes respiratory problems, not gastrointestinal ones. However, people are fighting tooth and nail to hoard toilet papers across the globe.

COVID-19 pandemic has changed the world forever. It is no more the one we knew and lived in. Common sense suggests that our social interaction will be infinitesimally small in the post coronavirus world. It will be an entirely different world where people will dine and lunch out less, party less, travel less and enterprise less. We will stretch our neck and torso through the window searching for a cool note rising from the street below and let our imagination wander far off across the world. We will shiver at the sight of a seven-colored rainbow lining up together. We are already envious of the stars in the galaxy that twinkle together without maintaining any physical distance. We are already jealous of the flocks of birds in the sky, shoals of fish in the sea, and herds of cattle, goats, and sheep in the woods. We will not throng the beaches and riverbeds. We will largely abstain from praying and worshipping together and hugging each other in person. We will be consoling each other and mourning the loss of loved ones online alone. We will never see our grandparents and get caressed again for fear of infecting them. We will be longing to be alone all the while and quarantining ourselves despite ourselves. We will not be who were. We were not who we are going to be.

We are transforming and will have to. We will be strong and resilient. We will believe we will get through this. From here, today will be good, and tomorrow will be better. Above the clouds, the sun is always shining. Our light is within us at all times, no matter what else occurs to/and around us.

US death toll from coronavirus surges past 100,000 people