JANAKPURDHAM, Nov 17: The Ramgopalpur Municipality in Mahottari has announced a public holiday for the arrival of CPN (Maoist Center) Chairman Pushpa Kamal Dahal, who will be attending an inauguration program in the municipality as the chief guest.

Pushpa Kamla Dahal will be attending an inauguration program of basic health centers in the municipality. Citing Dahal’s arrival, the administrative office of Ramgopalpur has announced a public holiday on Wednesday.

Mayor Mandal and Chief Administrative Officer of the municipality had earlier issued a notice declaring a public holiday on Wednesday. They had urged everyone to attend the inauguration program as well. 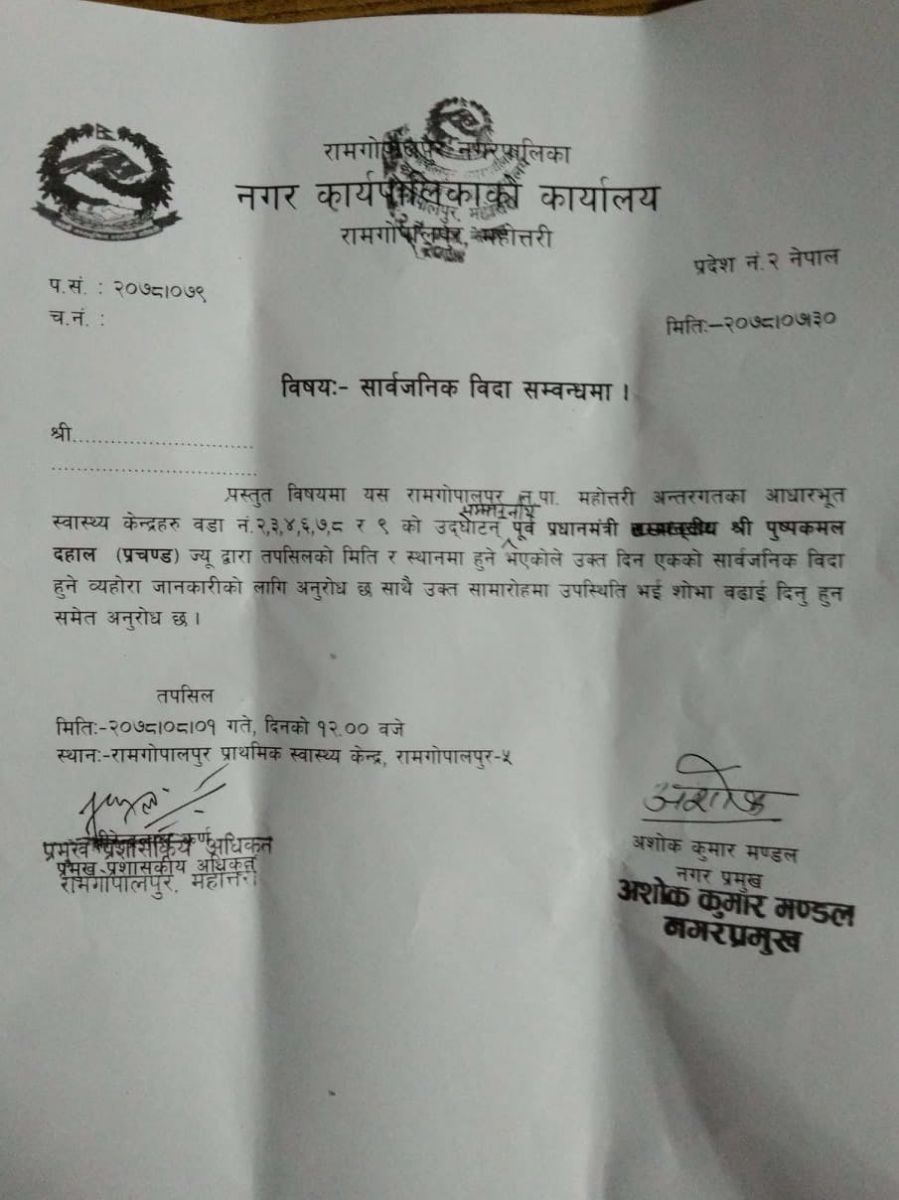 MAHOTTARI, Jan 21: Over 35 schools in Mahottari do not have government quota for teachers. Similarly, nobody really takes notice whether... Read More...

MAHOTTARI, September 5: The District Security Committee (DSC), Mahottari has marked 135 out of 258 polling booths in Mahottari as sensitive... Read More...