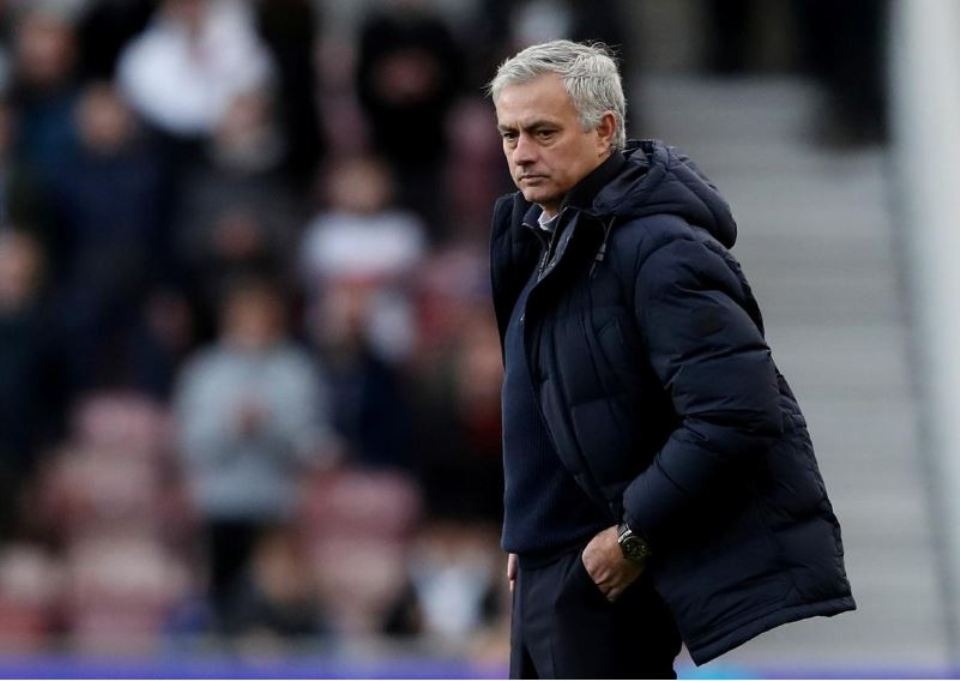 LONDON, Jan 9: Spurs manager Jose Mourinho would love to be the one who ends Liverpool’s year-long unbeaten run in the Premier League, and Saturday’s game could be closer than the standings suggest.

The late match at the Tottenham Hotspur Stadium will be the first between Juergen Klopp’s men and a Mourinho side since Manchester United dismissed the Portuguese after a 3-1 defeat at Anfield in December 2018.

“Don’t sack Mourinho,” the crowd chorused mockingly during that 2018 humiliation, so revenge in North London would be sweet.

Spurs have been shockingly leaky, and some are expecting a classic demonstration of Mourinho’s bus-parking expertise in defence and a few tactical tricks.

“The way Spurs used to play under Mauricio Pochettino, you would have expected them to come out and have a go at us but I can’t see that happening under Jose Mourinho,” former Liverpool striker John Aldridge wrote in a column for the city’s Echo newspaper.

“I am sure they will try to soak up pressure and hit us on the break with Lucas Moura, Son (Heung-Min) and Dele Alli.

“They will allow us to have possession and try to break them down, no doubt that is how Mourinho will play because I think he is very intimidated by Liverpool.”

The match could still be an awkward trip for the visiting Reds who beat Tottenham in last year’s Champions League final and have a near-perfect record of 58 points out of 60 this season to sit 13 points clear at the top.

Mourinho, who replaced the sacked Pochettino at Spurs in November, has only twice been on the winning side against Klopp in their 10 previous games as opponents.

To do it again, Tottenham will have to rise to the challenge without injured captain Harry Kane.

Former Tottenham manager Harry Redknapp suggested it could still be a lot closer than the 28-point gap between Liverpool and sixth-placed Spurs, who have kept only two clean sheets this season.

“I can’t see any other result but Liverpool winning the title, but Tottenham away will be a tough game, make no mistake about that,” he told Sky Sports.

“They’ll want to break that Liverpool unbeaten run and it will be a tight game for sure — you wouldn’t write Tottenham off, they’ve got outstanding players in the team.”

The Foxes thrashed the Saints 9-0, the biggest ever top flight away win in English soccer, in the reverse fixture in October but Southampton have tightened up considerably since that humiliation, conceding only 13 goals in 11 games.

Four more goals for Leicester would set another record, however, as the most one club has put past another in the league.

Leicester have top-scoring striker Jamie Vardy back in action, with the England international turning 33 on Saturday, after he missed three matches with a calf problem but centre-back Wes Morgan is out with a groin injury.

Third-placed champions Manchester City, looking for a fifth win in a row in all competitions, travel to relegation-threatened Aston Villa on Sunday.

Chelsea, fourth, are at home to Burnley while Manchester United, fifth and without injured defender Harry Maguire, host bottom side Norwich City.

LONDON, Jan 12: Liverpool continued to break new ground as they set a Premier League record with a 1-0 win at... Read More...

LONDON, Jan 10: Tottenham Hotspur striker Harry Kane will undergo surgery on his hamstring and is expected to be out of... Read More...