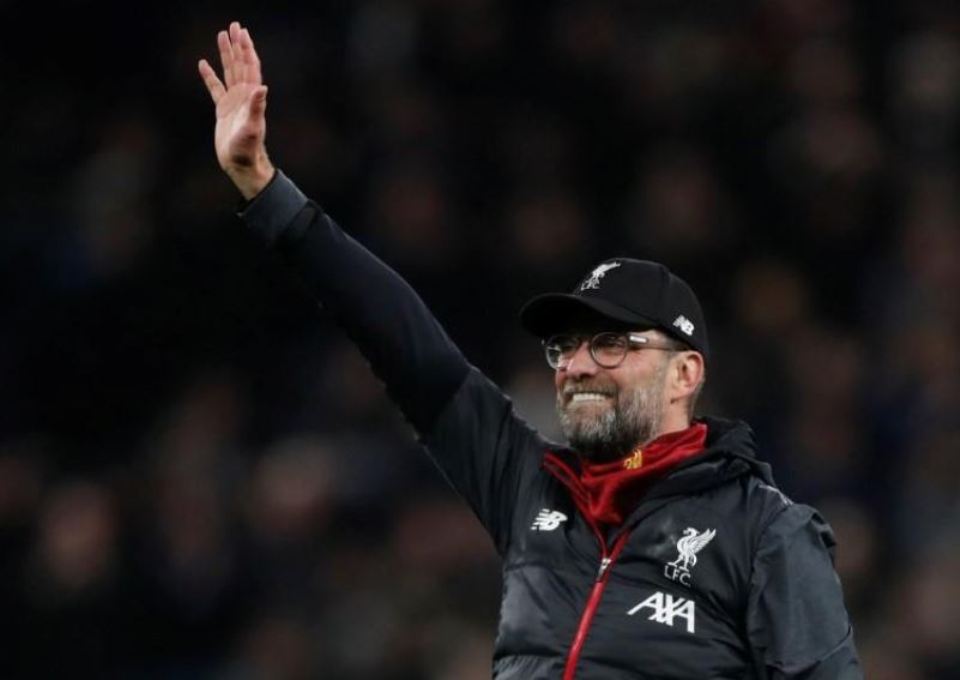 LONDON, Jan 12: Liverpool continued to break new ground as they set a Premier League record with a 1-0 win at Tottenham Hotspur on Saturday, but for Juergen Klopp it was just another three points en route to the title.

Roberto Firmino’s 37th-minute goal proved sufficient for Liverpool to rack up a 20th win in 21 Premier League games and extend their unbeaten league run to a club record 38 games.

They were not even at their best but Liverpool, who have kept six successive clean sheets, have simply forgotten how to lose as they romp towards a first English title since 1989-90.

They are 16 points clear of second-placed Leicester City and their haul of 61 points is two more than the previous Premier League record after 21 games, Manchester City’s 59 in 2017-18.

It is also more than any club in Europe’s big five league’s has managed after 21 games, and the way things are going the title might be wrapped up by Easter.

Yet Klopp was subdued after Saturday’s win — disappointed his side had not dispatched Jose Mourinho’s faltering Tottenham Hotspur side with ease after a dominant first half.

“Our lead is really not interesting. The moment we have so many points that nobody can catch us anymore, that’s when I’ll be interested,” Klopp, who took over during the 2015-16 season when Liverpool only amassed 60 points, said.

Klopp said he had been unaware of the new points record until one of his staff told him.

“It doesn’t feel somehow special. We know about it and it is special but I can’t feel it,” he said. “When someone gives you a trophy it is done, but until then you need to fight.

“It is only the start. We need to continue because our contenders are so strong. Pep (Guardiola, Man City boss) will not give up. I will do the same. So far, so really good.

“Today it wasn’t our best game but a very good one. In the end it was a proper fight.”

For Tottenham manager Mourinho, the initial bounce he induced after replacing Mauricio Pochettino in November has been replaced by a chastening reality that the squad he has inherited has fallen an alarmingly long way since facing Liverpool in last season’s Champions League final in Madrid.

His side played admirably in the second half to push Liverpool back and might have snatched a draw had substitute Giovani Lo Celso not wasted a glorious late chance.

But he knows he faces a tough task to provide Champions League football again next season with Tottenham now in eighth place and nine points behind fourth-placed Chelsea.

There were some positives, such as a better defensive shape and an encouraging Premier League debut for 20-year-old defender Japhet Tanganga, who can be pleased with the way he coped against Firmino and Mohamed Salah.

The way Tottenham came back in the second half after having only 26% possession in the opening period was also impressive, although his post-match comments may rankle with former boss Pochettino, who instilled a Klopp-like pressing game at Spurs.

“If we try to play the way we did in the last 20 minutes I think we would collapse because the players are not used to play in this style,” Mourinho told reporters.

“I think we deserved a point. We’re talking about one of the best teams in the world at the maximum of their potential.

“We are a team with the difficulties you know. I think we deserved more.”