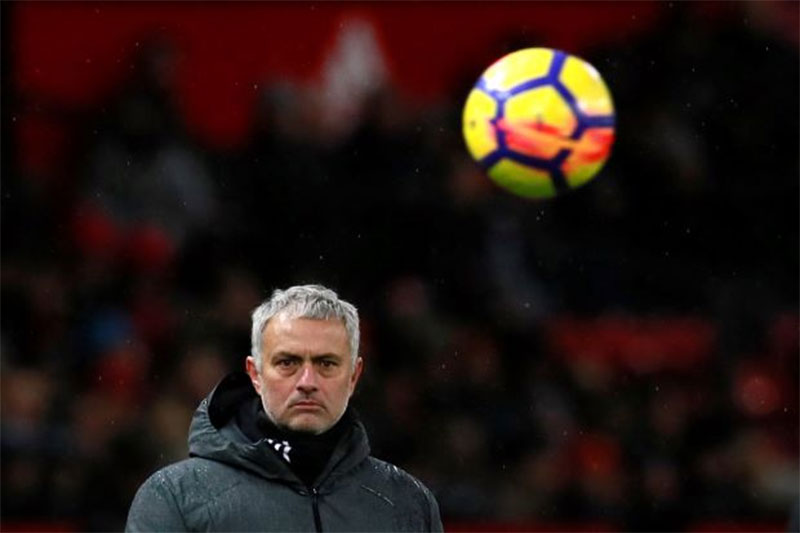 LONDON, Dec 15: Manchester United manager Jose Mourinho has been asked by the Football Association to explain comments he made before his club’s Premier League derby match against Manchester City on Sunday.

The FA said on Thursday that Mourinho had been asked for his “observations” on comments he made on Dec. 8 in interviews ahead of Sunday’s game, which United lost 2-1.

It did not, however, specify the comments under investigation or what -- if any -- rules might have been broken.

During a pre-match news conference, Mourinho questioned City players’ ability to stay on their feet, saying: “A little bit of wind and they fall.”

He also doubted he would be allowed to make the sort of political statement that his opposite number, Pep Guardiola, had when wearing a yellow ribbon in apparent protest against the imprisonment of pro-independence politicians in Catalonia.

The FA is already investigating an incident after the match in which milk was thrown at Mourinho after he reportedly complained about City’s “excessive” dressing-room celebrations following their victory at Old Trafford.