More than 200,000 furious fans sign petition for England-Colombia match to be replayed 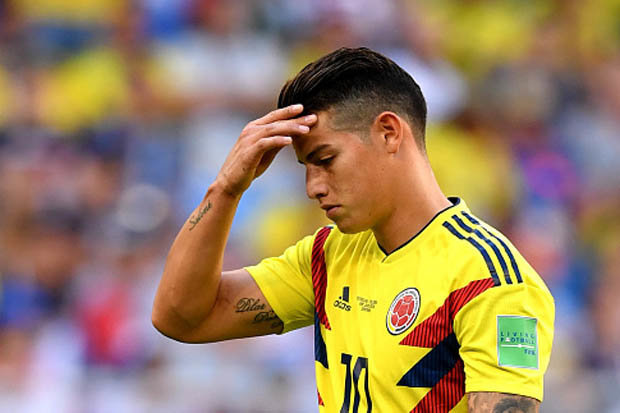 More than 200,000 supporters have signed a petition calling for England's thrilling World Cup victory over Colombia to be replayed.

After the scores were locked at 1-1, England won their first penalty shoot-out at a major tournament in 22 years to set up a quarter-final clash against Sweden.

However, a huge number of fans have still not been able to accept the result.

British tabloid The Sun reports that they have signed the petition in protest over England captain Harry Kane's second-half penalty, claiming it should not have been awarded.

They also believe Carlos Bacca's disallowed extra-time goal should have stood, even though the whistle had gone and the game had stopped.

The match was a fiery affair with eight yellow cards handed out by the referee - tying for the most issued in any game in the tournament.

Both sides have taken shots at each other after the final whistle with England defender John Stones labelling Colombia the "dirtiest team I've ever come up against".

"I've never seen a game like this before and how they behaved," said Stones. "There were things that we've never experienced before.'

"It's obviously their image and how they've represented their country.

"We stuck to our game plan and never got involved in the brawl that they wanted. At the end of the day, they are on the plane back home."

Argentina legend Diego Maradona even got involved, slamming England's win as a "monumental robbery" for which he received a stern warning by Fifa.

More than a thousand Juventus fans injured in stampede in Turin

TURIN, June 4: More than a thousand Juventus soccer fans watching the Champions League final on screens in one of Turin's... Read More...

KATHMANDU, Oct 19: As part of the insurance payment, the quake-stricken with houses suffering complete and partial damages have received... Read More...

More than half of bottled drinking water is unfit for consumption: Govt report
15 hours ago

Lack of vaccination, tests creates room for variants in Nepal
7 hours ago