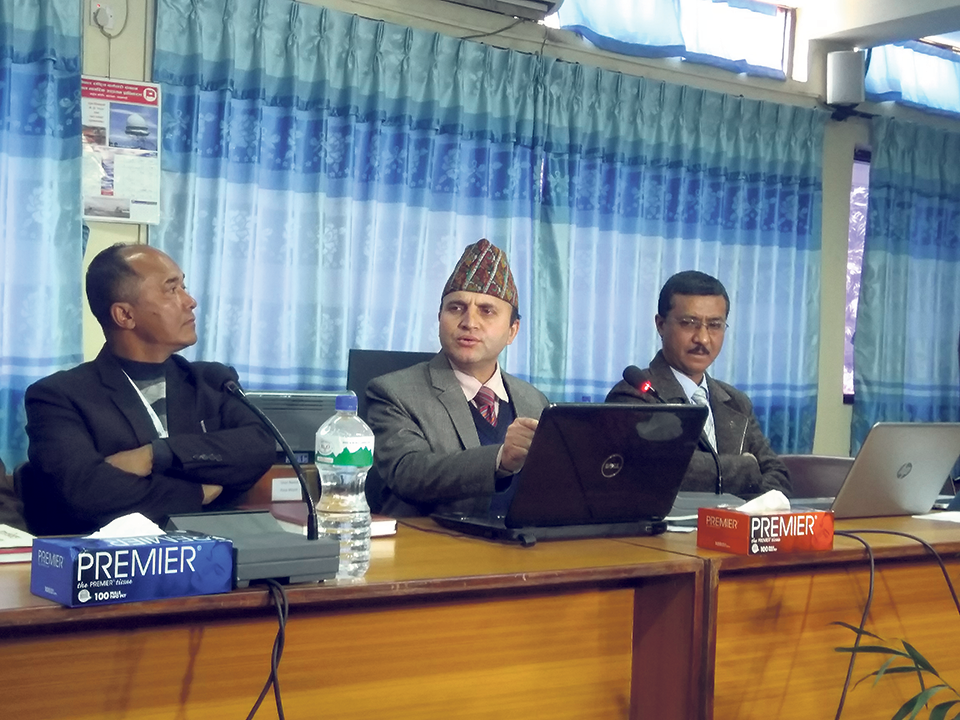 Buddhi Sagar Lamichhane, joint secretary at the Ministry of Culture, Tourism and Civil Aviation, briefs the media on the Montreal Convention in Kathmandu on Friday. | Photo: Republica

KATHMANDU, Dec 15: Montreal Convention, a law to address air route damages, comes into effect in Nepal from Saturday, paving the way for passengers of international flights to get insurance coverage of up to 113,100 Special Drawing Rights (SDR), or US$ 157,996 in current exchange rate, in case of death or injury.

The multilateral treaty adopted by a diplomatic meeting of ICAO in 1999 raised the limit of the insurance coverage for air passengers to 113,100 SDR from the previous limit of 100,000 SDR.

SDR refers to a type of monetary reserve currency created by the International Monetary Fund (IMF) that operates as a supplement to the existing money reserves of member countries. The value of 1 SDR was US$ 1.38 on Friday. The convention will be applicable for all international commercial carriers expect domestic carriers.

After getting approval from the parliament on October 16, the Ministry of Culture, Tourism and Civil Aviation had submitted a proposal to International Civil Aviation Organization (ICAO). The latter had then accepted Nepal’s proposal and sent a letter to 150 countries regarding Nepal’s membership of Montreal convention, said Buddhi Sagar Lamichhane, joint secretary of the ministry.

Nepal has now become the 135th member to sign the Montreal Convention. Before this, Nepal had only ratified the Warsaw Convention 1929, and Hague Protocol 1995 in February, 1966.

The Montreal Convention provides the facility of two-tier liability system. Along with the advance payments in the event of bodily injury, it provides air carriers liability limits in the event of damage caused by delay, damage/loss/ destruction to baggage and to cargo as well. It also obligates air carriers to maintain adequate insurance. It further eliminates the arbitrary limits of liability applicable under Warsaw System.

After ratification, from the date of imposition, the provision of Montreal Convention will be equally applicable to all Nepalis international air carriers by virtue of section 9 of Nepal Treaties Act 1990.