Modi proclaims a cleaner India, but the reality may be more murky 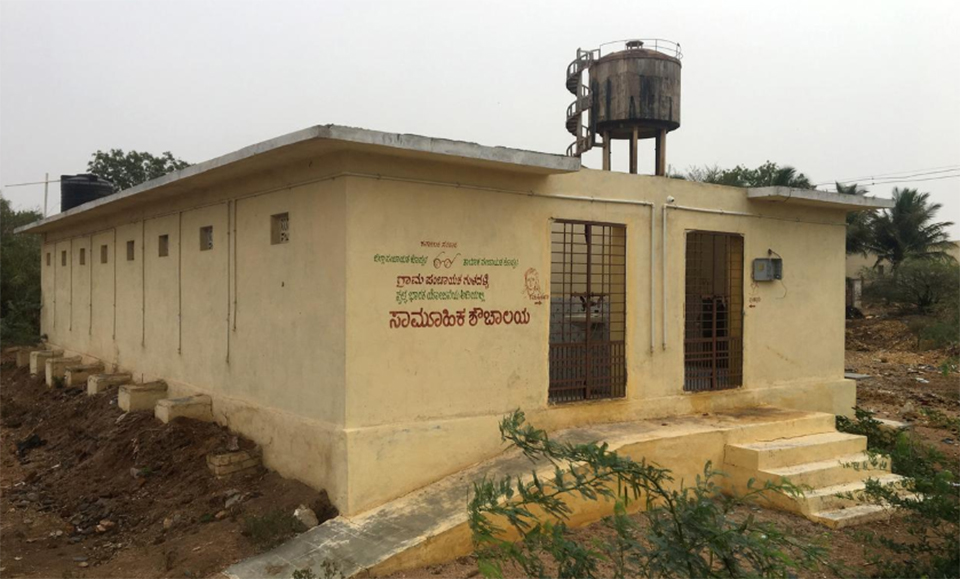 KOPPAL/SHIKRAWA, May 17: Every morning around dawn, dozens of people gather by the dusty banks of a stream snaking through Shikrawa village, two hours south of India’s capital, New Delhi, to do the same thing: defecate in the open.

“There are close to 1,600 houses in Shikrawa. And I know for a fact that some 400 of those don’t have toilets,” said Khurshid Ahmed, a village council official in Shikrawa, which is located in Haryana.

Central government records say Haryana - with its population of more than 25 million - is squeaky clean. The state, along with most others in India is classified “open defecation-free”, while a World Bank-supported nationwide survey says only 0.3% of Haryana’s rural population defecates outside.

But interviews with over half a dozen surveyors involved in the World Bank-supported study, and two participating researchers, all raised significant concerns with the methodology of the survey, and its findings.

In Shikrawa, interviews with 27 people showed at least 330 villagers still defecate in the open because of a lack of toilets, issues with accessing water, or simply a dogged opposition to changing old habits. An hour away in the village of Nangla Kanpur, things aren’t any different.

Studies link open defecation to public health issues, as it increases the spread of parasites due to water contamination. The World Bank said in 2016 one in every ten deaths in India is linked to poor sanitation.

In a country plagued by sexual assault crimes, the lack of toilets also disproportionately affects women, who have to walk long distances before dawn or after dark to relieve themselves.

Modi, who is seeking re-election for a second term in polls that conclude on Sunday, has often used the success of Swachh Bharat in campaigning. “We got more than 100 million toilets built,” he said at a rally in north India on Sunday.

Swachh Bharat, a multi-billion-dollar programme backed by money from the government and a World Bank loan, has indeed built millions of latrines, but critics say official statistics paint an overly optimistic picture of its success.

“The whole point of this is for people’s health,” said Payal Hathi, a researcher consulted on the World Bank-backed survey. “It’s unfortunate that the data is so misleading.”

Data from the World Bank-supported National Annual Rural Sanitation Survey (NARSS) that concluded in February shows that only about 10% of rural Indians defecate in the open. The survey was conducted using funds from a $1.5 billion World Bank loan for Swachh Bharat.

A separate study conducted over a similar timeline by the non-profit Research Institute for Compassionate Economics (RICE), where Hathi was a researcher, shows 44% of the rural population across four large states still defecate in the open.

The specific goal of reporting low open-defecation levels was communicated clearly by government representatives to Kantar Public — the company contracted to conduct the survey — and by Kantar to the surveyors, the two said.

Kantar, owned by advertising giant WPP, did not respond to requests for comment.

Hathi told Reuters the NARSS questionnaire contained leading queries about toilet usage that may have influenced respondents, and the government ignored suggestions aimed at fixing queries.

“RICE has been repeatedly attempting to undermine the achievements of the Swachh Bharat Mission,” the Ministry of Drinking Water and Sanitation said in an email.

The ministry “categorically dismisses and denies the claims of the two RICE researchers,” it said, without elaborating.

Seven surveyors who collected NARSS data and had a direct view of the sanitation situation in their respective regions, gave Reuters state-wide estimates of open defecation that were sharply higher than the findings in the survey.

The surveyors interviewed by Reuters worked in the states of Bihar, Uttar Pradesh, Rajasthan, Chhattisgarh and Karnataka, and declined to be named for fear of losing their jobs.

A NARSS surveyor in western Rajasthan state said surveyors would mark a village as ODF - for open defecation-free - even if they spotted faeces on the ground or people defecating outside — a violation of government guidelines.

“If we see some open defecation in stray cases away from the main centre of a village, we cannot mark the village as non-ODF,” he said, adding trainers from the ministry told surveyors to follow such practices.

Despite researcher concerns around the lapses in the survey, the World Bank has so far given NARSS-linked funds of $417.4 million to India, a right-to-information request shows.

“The World Bank has not received any formal expressions of concern related to the work of the surveyors,” said a World Bank spokesman in a statement. “An exercise of this scale will have inconsistencies.”

Reuters also visited the southern state of Karnataka. Across seven villages in Koppal district, at least 150 people defecate in the open, interviews with over 50 people showed. The Indian government also classifies Karnataka as “open defecation free”.

Many people in north and south India told Reuters that a lack of toilets near fields where farmers spend their day, and poorly built toilets, all contribute to people defecating in the open.

Some say they were beaten or shamed by authorities publicly if found to be defecating outside. Others said they were threatened with food ration cuts.

“The respondents will give you false answers,” said Nitya Jacob, a water and sanitation consultant. “They’re all tutored to say ‘yes-yes,’ we use toilets.”

At least 11 missing in Myagdi floods
9 minutes ago