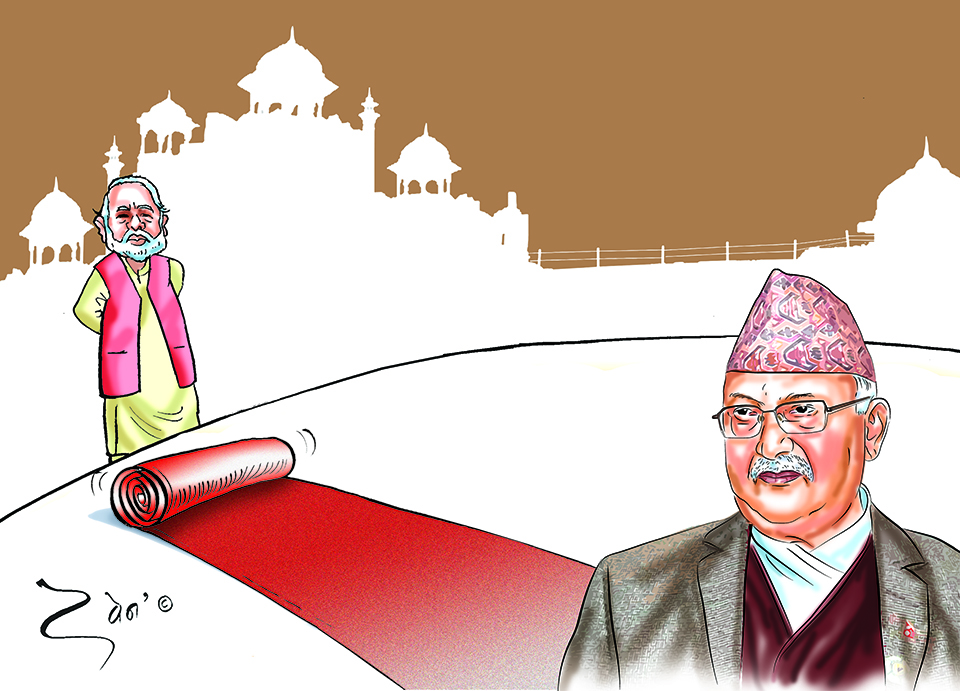 As Nepal leans further toward China, not just politically, but also socially and economically, India may be left wondering why its narrative is failing in Nepal

In his recent visit to Nepal, Indian Prime Minister Narendra Modi set out to repair Indo-Nepal relationships that had frayed over the last few years.

Modi brought his full arsenal for the task. He prayed at temples. He met with leaders from across political parties. He attended civic engagements. He laid the foundation stone for the 900 MW Arun Hydro Power Project that is being developed by an Indian state-owned company. He headlined India’s commitment to partner with Nepal, offering humbly “to help Nepal like a Sherpa to achieve development.”

Within the halls of government, Modi’s visit may have had an impact. But outside the corridors of power and among the masses, the visit failed to resonate. Unlike his previous visit, this one left no lingering wake—no discernible continuing public discourse, no palpable excitement.

Modi and India missed an opportunity to connect with Nepalis. As Nepal leans further toward China, not just politically, but also socially and economically, India may be left wondering why its narrative is failing in Nepal.

India’s narrative is failing because it has misread Nepal. It has misunderstood the impact of Nepal’s political, social and economic changes on the psyche and consciousness of its people.

Let me illustrate this through an analysis of an editorial that appeared in a leading Indian English daily. The day after Prime Minister Modi returned home, Hindustan Times published an editorial titled “India-Nepal ties: After Modi’s visit, the ball is now in Oli’s court.” (Hindustan Times, 13 May 2018).

The editorial is not a statement from the Government of India. But it is from a respected paper that is a keen observer of Indo-Nepal dynamics. The editorial is more visceral than intellectual. Whether intended or not, the visceral editorial offers a moment for unvarnished honesty that exposes the assumptions underlining India’s understanding of Nepal.

The editorial’s headline (“After Modi’s visit, the ball is now in Oli’s court”) is very different from its content. The editorial focuses entirely on how India is seeking to realign its strategy on Nepal. Only the last line references the title. “While India must meet deadlines [on projects such as power, rail, inland, waterways, roads and others], the ball for sustaining the relationship is now in Oli’s court,” the closing line of the editorial states.

I read the editorial many times to understand why “the ball” had shifted to Oli’s court. The editorial contained no explanation. It finally struck me that the title and the closing line inadvertently expose an assumption about India’s approach to Nepal.

The assumption is a simple one: having made generous promises on power, rail, inland waterways, financial support and many other things, India simply expects Nepal to reciprocate with gratitude, oblige, reorient away from China and get “Oli’s court” ready to absorb the generosity. It is because of this assumption—the expectation that Nepal will of course oblige to India’s overwhelming display of generosity—that a powerful statement like “the ball for sustaining the relationship is now in Mr. Oli’s court” contains no explanation in the editorial. It is understood that Nepal will oblige.

A decade ago, that assumption may have been true. Power brokers were keen to oblige. Political authority was centralized. Today’s situation is different.

Power is decentralized. Although many rules and mechanisms are yet to enable implementation of decentralization, having elected leaders at all three levels of government has changed the public consciousness and psyche on the ground.

Nepalis are now less enamoured by displays of generosity. It is hard for common people in the middle of everyday life to see the value to them from large projects. Magnanimous promises of large projects, therefore, mean little. Besides, there is a new public awakening—a simple recognition that nobody else will build their future, no matter how altruistic power governments maybe. There is now a new sense of hope and positivity among Nepalis that has changed their perspective on the generosity of foreign governments.

The editorial asserts that “India has decided to use religion and culture as a source of deepening its ties with neighbours.” This strategy was clearly visible during Modi’s visit.

Nepal’s historical cultural ties with India have never been in question. But to invoke these as a way of reengaging with Nepal reflects a poor appreciation of the impact that recent changes have had on Nepalis.

Unlike in India, the Hinduvata rhetoric doesn’t resonate. Although Nepal is a secular country now, Hinduism faces no pressure and is not under threat. Despite the rapid growth of Christianity, particularly in rural areas, and the increased visibility of other religions, Nepal remains a Hindu country for all practical purposes. Using religious symbolism to broaden appeal will not resonate because Nepalis largely feel secure in their Hinduism, secularism notwithstanding.

Invoking the historic social and cultural ties, particularly as a way of pushing back against growing Chinese influence, suggests that the magnitude of the changes in Nepal seem little understood. India remains the place of choice for businesses, employment, education and medical care for poor and rich Nepalis alike. Cultural affinities, proximity and historical ties may explain that. But these social links were also shaped by generations of cross-border commercial relationships, particularly the networks of smaller traders and businesses.

Growing Chinese influence in Nepal is notable not for its “cash and connectivity promise(s),” as the editorial in the Hindustan Times asserts, but because it is opening opportunities for smaller traders and businesses. The social links that shaped Nepal’s historical affinity with India is now being challenged.

Although Nepal’s formal trade with China remains small relative to India, it has been the fastest growing element over the last five years.  Informal trade is probably far higher. Though Chinese imports are relatively small in volume, their products reach far more Nepalis and local enterprises as it works through the value chain.

For small and medium businesses, trade is getting easier with China and increasingly more difficult with India. There are many more layers of bureaucratic hurdles at the India-Nepal custom clearing points. Moving money is challenging. Traditional informal channels for money transfer between India and Nepal, which fuelled much of the past trade, is being squeezed over concerns on money laundering.

The vast trade networks, consisting largely of smaller traders and businesses, are now focusing on the opportunities that Chinese markets offer with more competitive prices, easier access and ease of business.

With the opening of new overland trade routes and ease of doing business, the monopoly of large businesses over trade with China is shrinking. While trade with India is becoming increasingly more difficult for small businesses, China is helping facilitate business opportunities for smaller enterprises.

Chinese trade is now accessible to small businesses and traders in Nepal. And all of this when the road and trade connectivity with China are still weak.

It is in this emerging context that the appeal to historic cultural ties with India does not resonate for ordinary Nepalis. Unless India allows Nepal to directly plug in and benefit from its growing economy, it is from the Chinese economy that Nepal will earn their bread.

Nepal will still be culturally tied to India, but will it matter?