Mirror, mirror, on the wall 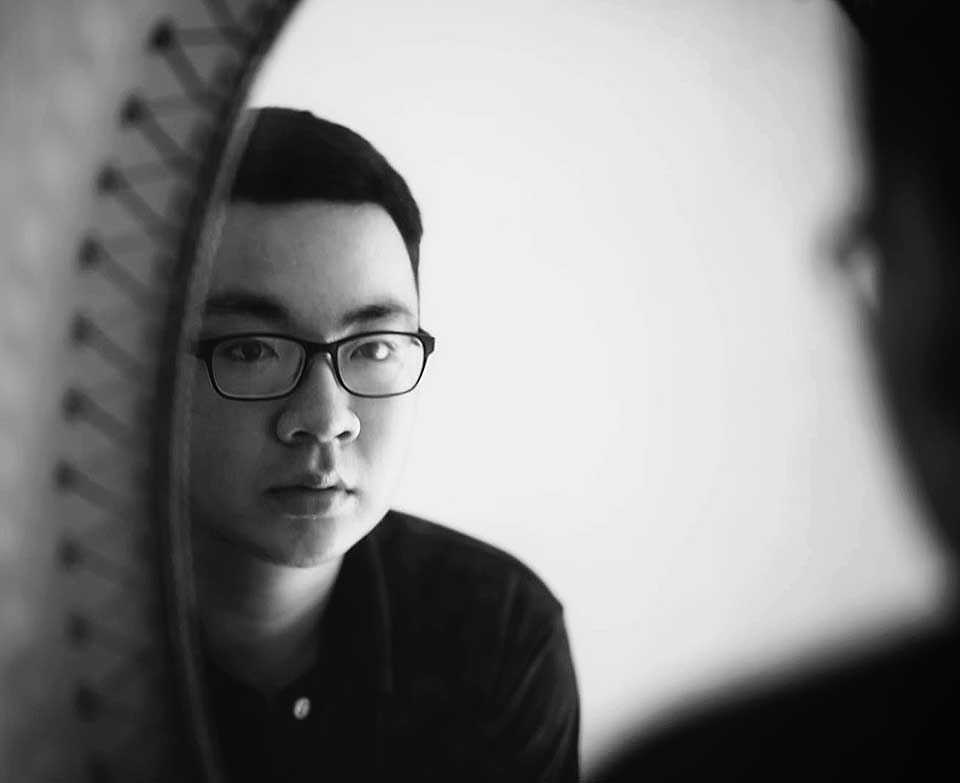 The need to initiate dialogue about negative body image in men

Beauty and body perfection have commonly been associated with women. The issue related to women body objectification and dissatisfaction has long been in discussion in Nepal. The conversation is obvious because traditional patriarchal ideology and gender roles have made women behave and want to look a certain way. But with the portrayal of ‘ideal’ male bodies in the media in the recent times, young men in Nepal too are suffering from body image issues. However, the conversation is lacking where men are concerned.

The impact of socially constructed beauty standards on women is evident with prevalent cases of pathological conditions such as anorexia and low self-esteem. Many young women have become victims of eating disorders while trying to conform to the cultural idea of beauty but they have always had help in the form of dialogues. Whereas in the case of men, problems such as muscle dysmorphic disorder or bigorexia is often overlooked. Bigorexia is an anxiety disorder where men have this notion about their body not being big or muscular enough.

Body image issue in men is silently emerging in our society but it’s not taken into serious consideration. For instance, there is this young lad in my neighborhood who looks at the mirror all the time. The 22-year-old is on a strict diet, rigorously hits the gym and exercises at home as well. When asked why he is working so hard when he seems to be completely fit and healthy, he simply showed an image on his mobile phone and said that he wanted to have a body just like that. The image was of famous Nepali model/actor with a toned and muscular body. He then quickly added that with such body, he would be a ‘perfect’ man.

Another example is of a teenage boy with a skinny body type who is not interested in hanging out with his friends and hates attending any family or social event. His behavior is lately becoming a matter of great distress to his family. However, he is quite active on his Instagram account. His posts are flooded with idealized body images of models and actors including Nepali fitness ‘role models’, and with hastags such as #muscle #physique etc. Surprisingly, he doesn’t post any of his own photos.

Body dissatisfaction and body shaming are no longer just women’s issues. Men often suffer from negative body image and have insecurities about their physical appearance and masculinity as well. However, these representational examples that I have given stimulate some serious thoughts. Does portrayal of ideal male body image in the media affect young men just like women? Have men started objectifying themselves? Do men also feel the pressure to have a perfect body? Is this reestablishing the concept of ideal male body in our culture? Does this affect our perception of masculinity?

With the tremendous growth that the Nepali showbiz has seen in the recent decade and increasing access to social media platforms, it’s now quite common to see shirtless or skimpily clad men in music videos, adverts, and movie trailers. Athletic or lean male images are constantly up there on the billboards, magazine covers and front pages of newspapers, on our television screens, and social media outlets. And men often look at these images, compare themselves to it, and thus the inexorable slide begins.

This tendency to compare themselves to others and make self-assessments with respect to certain beauty traits is largely associated with negative body image. Just as women are culturally under pressure to look slim, men also feel the pressure to add muscles and enhance their physical appearance. Granted the degree of pressure varies, women might feel more pressured than men, but the number of men spending time at the gym in Kathmandu is increasing as they strive to get bigger and achieve the perceived ideal physique.

While for some men, working out is essential to lead a healthy life, for most young men, it’s necessary to bulk up and for that they even use protein shakes and certain supplements such as steroids which pose serious health risks. For them, a six-pack abs, bulging biceps, toned muscle and body appearance are the most common topics in their daily conversation. In an attempt to achieve their notion of ‘perfect’, some even fall prey to eating disorders, poor self-esteem, and social anxiety. What men mostly forget is that what the media shows as ‘ideal’ are often heavily edited images.

The issue of negative body image has been discussed a lot in western societies and multiple studies have found a positive correlation between media exposure and increase in body image dissatisfaction. The studies show that men, like women, are negatively affected by such idealized media portrayals and such exposure is associated with lower self-esteem and increased levels of negative behavioral and psychological outcomes. BBC presented a study in 2015 that disclosed that one in ten men at gyms across UK is believed to have suffered from body dsymorphia. Similarly, another study in 2016 found that American men are just as likely as women to feel unsatisfied with their physical appearance.

Unfortunately, men get left out of the conversation about media’s effect on body image in Nepal. The issue is discussed while focusing mostly on women. New standards for male beauty and the pursuit to live up to it have in fact seriously affected men. Besides, the media images of male body are now unquestionably affecting our view on masculinity – what a male body should look like and what determines manliness.

Body positivity has not been taken into consideration in the Nepali media and in public discussions. We rarely see plus size men or women in the media. Thin or less muscular characters are used mostly for comic purposes. However, that is not to say that the media is solely to blame for negative body image in men. The lack of discussion is what takes it even further. In a progressive society where discussions around dismantling gender role continue to be a prominent feature, it’s imperative to talk about men’s insecurities regarding their bodies. But it’s perhaps the traditional notion of masculinity in our patriarchal society that has prevented this dialogue till date.

The writer is pursuing her M.Phil at Institute of Advanced Communication, Education and Research, Nepal and can be contacted at sangmo.yt@gmail.com.

Fashion, The beauty of life

KATHMANDU, Dec 4: Be it summer or winter, clothes bring fashion into life. Some dress up to look stylish while... Read More...

What if we told you that the beauty care routine you are following every day for glowing and gorgeous looking... Read More...

Nobody knows how actually time passes. We all pass through different stages of life and they all have their own... Read More...