How skin deep is beauty? 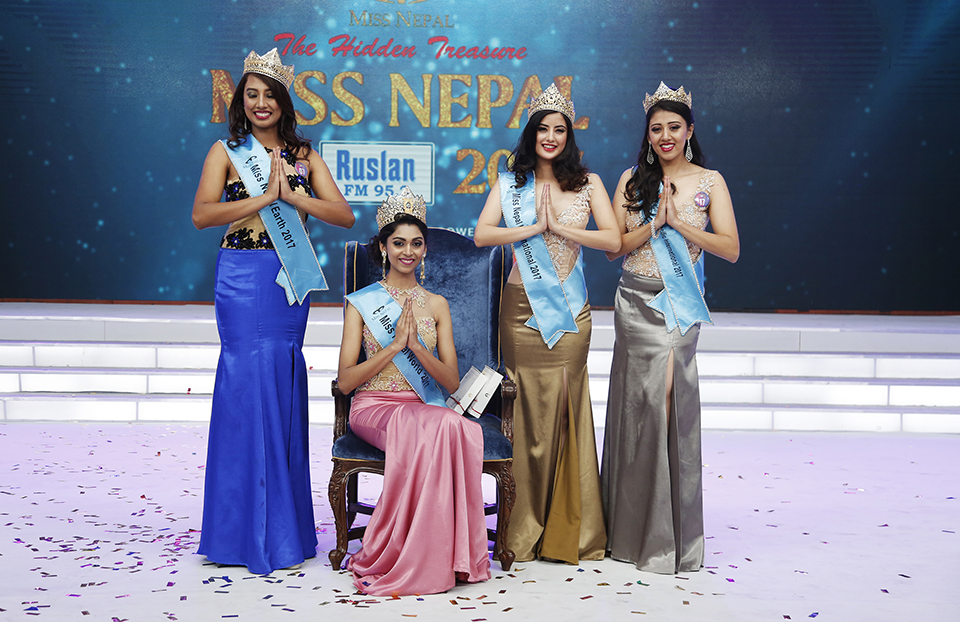 I have to make a confession. I have in the past endorsed at least half a dozen brands of fairness products. Why? Because I was naïve, I was curious, I believed what I was fed in my brains with. While all these fairness products promised a miracle in not more than six weeks, there were no promised results even in six years. I just spent a lot of money in them and every time I wore them, my face, by the end of the day, would look like I was producing grease through my pores.

While you must have understood why am I writing about this, let me still break the ice. This week has been a sort of an awakening week for Kathmanduites on social media. The recently gone viral video of Miss Nepal 2019 beauty pageant’s audition has been trolled countless times. Women, men, teenagers, critics have all seen it, read it, discussed it, mocked it, justified and bullied. This infamous video of a beauty pageant’s judge berating and belittling a contestant for not wearing “makeup” in a “beauty pageant” of “21st century” and “disrespecting” the jury has made headlines on Nepali social media channels. While many who claim to understand beauty pageants better by having a first-hand experience has stood strong by the organizers and defended the bully, many on the contrary expressed outrage for body-shaming women by lashing the jury and demanding an apology.

In between, some are busy creating their innovative trolls (bully over bully) against the organizers, mainly the judge who created all this much ado. While the battle continues between the good and evil, the judge and the official choreographer maintains her grounds and says she said what she believes is relevant in today’s time and space. Similarly, some of former Miss Nepal title holders continue in requesting people to understand the whole situation through a deeper perspective and encourage young contestants on fulfilling their dreams of being “empowered” and also not to attack the pageant in general. Amid all this chaos, recent Facebook status of Sambriddhi Rai, a former beauty queen herself and also one who has walked several ramps, rang additional bells this week.

Rai wrote: “I have been, what you can call, a thorough connoisseur of Beauty Pageants, watched it, emceed it, participated in it, judged it,  done it all.” She added, “beauty pageants are no more than a marketing gimmick, where women are objectified. In the name of giving a platform, young women are groomed to put importance on their physical attributes—to look, walk and talk their best. And all of this superficiality parading around under the cloak of women empowerment is probably the biggest joke. This is not Miss-good-heart-good-soul-Nepal, this is Miss-who-looks -walks-talks-the-best-to-put-up-a-good-fight-internationally-Nepal’ in this fake platform of absolute fakery”.

So how skin deep is beauty really? What is being beautiful really mean? What are the parameters of being beautiful or looking good to fit for a beauty pageant? Was the judge, who “harassed” the contestant on her appearance in “21st century” right? Was it okay for that contestant to walk into an audition of a beauty contest without a makeup (just a little mascara) and spectacle of minus five in power? If it was not, why was she selected in top 25? The organizers and those supporting the pageant shared on social media that she is a very bright candidate. But in the video aired so far, all the conversation made with this girl has been around how to appear in a beauty pageant, which she failed in proving the jury. What was so bright about her? Or, was it just a showbiz mantra for a little hype about the show?

A friend of mine once told me that an opinion and a belief is never derived out of a blue—it is followed by several circumstances and chains of understanding one goes through in a lengthy period of time. Beauty is such a vague term we use, interpreted by so many in as many ways. How many of us have grown playing with toys that were darker in skin? How many of us have seen actors and models without their cosmetics and still found them beautiful? How many of us embraced bodies in all shapes and sizes? I grew up believing for a long period of time that anybody who was darker in skin was incompetent to scale upward in life. I grew up watching and understanding pre-defined gender roles set by our society at large. I grew up watching movies and believing that actors and actresses should look the way they were always presented on screen. I grew up watching women being objectified every now and then. Talk about the beauty pageants across the world, when have we seen women without a makeup winning the show? When have we seen women wearing a thick glasses walk down the ramp? How often do we see men and women both in various shapes and geometries play lead roles in movies? When have we read a vacancy of a front desk officer encouraging men to apply? Why are there more female models walking on the ramp than men? What are we trying to prove?

So does this all mean, the judge who mocked the said contestant in the audition of Miss Nepal was all right about what she said? If the judge was wrong and now that the girl has been selected for the contest, would she be allowed to completely be herself—not wear the makeup, put on her spectacles and stand on a flip-flop in the final gala? What if she bags one of the major titles? Would she be given the freedom at international pageant to say no to a bikini round, if she is not comfortable doing so and will she still win over her brain? Remember, in this viral video, the young girl says “I will learn to do makeup”. She wants to surrender to the idea of “beauty” a large population believes in.

Reflections of our times

My point is, in this whole chaos, nobody is too right or too wrong. You mostly become who you’ve always been preached to become and then you interpret and revalidate your own understandings in time. Therefore, the bully and the bullied are just examples to the society we’ve set across the world. They both are reflections of our own actions.

A few years ago, celebrated Bollywood actor Aamir Khan in his reality show Satyameva Jayate publicly apologized for objectifying women in a regressive fashion in his films while he did not understand the value of being a human first. He said “sorry” for glorifying rape scenes, for projective masculinity in films in a way he no more believes in and for misinterpreting the entire idea of beauty. Since a last few years, Indian commercials have become more sensitive towards social accountability and sharing shared values and virtues around gender.

It was last year in Nepal, when one of the multinational motorbike companies published half-page print advertisement in every national daily on their latest exchange offer. The advertisement had two pictures—one with a plus size woman in an older version of their bike and the other with a skinny woman in their latest model. None of the newsprints could stop this from being published because it came connected with economic value. This is where we still stand. We often preach what we often do not practice.

While they often say beauty lies in the eyes of the beholder, let’s face it, most of the beholders already have parameters set to it. I have been working around development organizations for quite some time now and I work around a lot of women whose works are much more beautiful than mine. I find them extremely beautiful in and out. They at work neither wear layers of cosmetic nor drape boutique wear. But outside work, they try to look and wear what “beautiful” sounds like. I somewhere consciously or unconsciously still try to look “good” too. As bitter as it is, are we not constantly trying to fit in to what we all may not really believe in? If anything needs to change anywhere, then may be things need to change at the grass-roots level. One step at a time. Until then, may be nobody is too right or too wrong. May be, nobody is too beautiful, nobody is that ugly.

I conclude this discussion to an open end. One good thing about this whole incident is, it raised some curtains, some eyebrows and it initiated a dialogue and a conversation to redefine our own age-old understanding. It questioned our own truths. Time to reflect.

Sari: A thing of beauty

Regardless of whether you are slim or tall, sari suits everyone and brings the feminine side of women. You just... Read More...