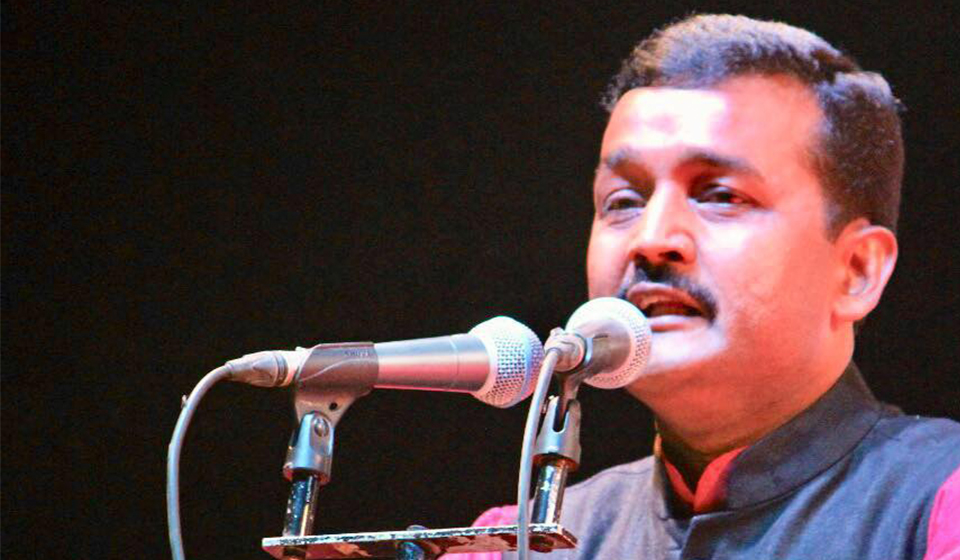 KATHMANDU, Sept 7: Minister for Forests and Environment, Pradeep Yadav has said that his ministry is committed to addressing the climate change problems.

Addressing the inaugural session of the First Assembly of Climate Action Campaign here today, he said that since becoming the minister he has made decisions on and run various programs for minimizing climate change and greenhouse gas emission. Minister Yadav added that works have been moved ahead to that end on a war footing.

"We have been working on a war-footing to tackle the problem of climate change and the cooperation of all sides is necessary in this connection," he said. The Minister also on the occasion gave information on other works being carried out by the ministry toward mitigating climate change impacts.

“Nepal is a state party to the United Nations Framework Convention on Climate Change, the Kyoto Protocol and the Paris Agreement,” the minister said and reiterated that it has kept climate change mitigation as its main priority.

He further said that policies, strategies, laws, regulations and plans on climate change impact minimization have been formulated while the National Climate Change Policy, 2076 is under implementation.

Stating that the country has adopted the policy of zero emission of GreenHouse Gas by 2045 AD, Minister Yadav said that works have also been moved ahead toward meeting this target. He also pointed out the need for national and international support for implementing Nepal's 'ambitious' commitments and programs.

The Forests and Environment Minister expressed regrets that although all the nations came together to address the climate change issues and also made various commitments for the same, they have not worked in keeping with these commitments.

"All states are one on tackling the problems related to climate change and they have also expressed commitment to take various measures for mitigation and adaptation. However, this problem is not being handled as per the commitments and this is a matter of concern," he said.

Reminding that a mountainous and least developed country like Nepal is at high risk of the adverse impacts of climate change, Minister Yadav stressed on the need for the mountainous countries to work together to address the problems.

More than 100 environment experts, representatives and youth of several organizations working in the climate change sector from Nepal, India, Sri Lanka, Bangladesh and Bhutan are participating in the two-day event.

President Bidya Devi Bhandari has urged all to work for environment conservation, as climate change has become a challenge for... Read More...