Minister Yadav becomes emotional about his likely dismissal from cabinet 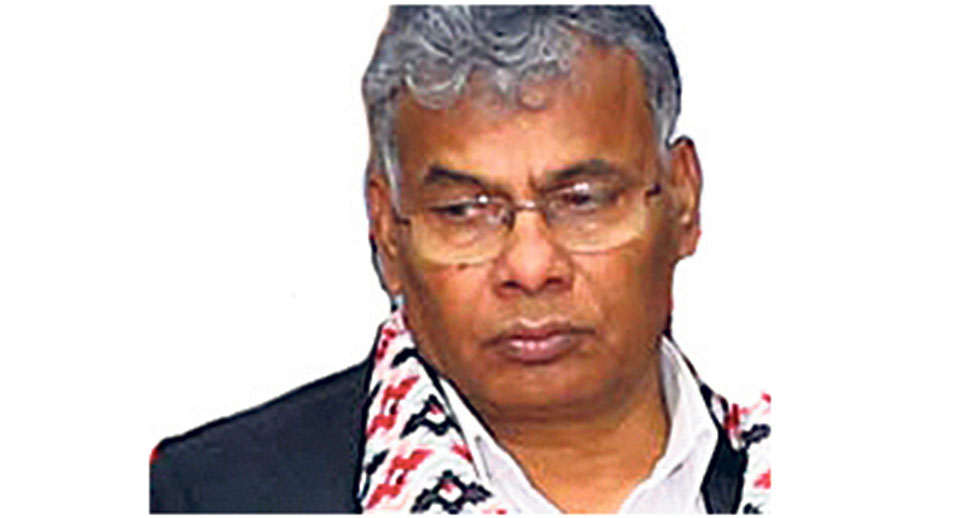 KATHMANDU, March 16: Minister for Industry, Commerce and Supplies, Matrika Prasad Yadav has hinted that he could be kicked out of his office soon.

Minister Yadav gave the indication that he may be relieved of his post as the prime minister is preparing to reshuffle his cabinet by “dismissing under-performing ministers” after the conclusion of Nepal Investment Summit later this month.

In a monitoring conducted by the Result Management Division under the Prime Minister’s Office, over half a dozen ministers including Yadav are reportedly listed as under-performers. Oli has already held consultation with NCP Chairman Pushpa Kamal Dahal to reshuffle his cabinet.

Addressing a function organized to mark the World Consumers’ Rights Day in the capital on Friday, Minister Yadav indicated that he may not be in office after the Investment Summit. He complained that even employees of the ministry have stopped obeying him after hearing rumors that he would be relieved of his ministerial position.  “Today I am a minister. No one remains in the ministerial position forever. A minister is not a permanent employee like other civil servants,” he said on an emotional note. “No one obeys a minister when they come across rumors that s/he is being dismissed. I am among such ministers.”

Minister Yadav said that even if he is relieved of his ministerial position he will work for the rights and welfare of consumers as a lawmaker for the remaining four years and the rest of his life as a commoner. “I sometime feel that I could have done more if I was just a lawmaker rather than a minister. It is difficult even to speak as a minister. Now I am not like the Matrika of the past,” he said.

Minister Yadav said although he could not do as he wanted to do he had not done anything wrong during his tenure as minister. “Show me anything wrong that I have committed, I am ready to face action. But I failed to live up to the expectations,” he said. “I am ready to die, but I won’t compromise on my principles.”

Is PM Oli considering to relieve some ministers?

KATHMANDU, March 12: Sources close to Prime Minister KP Sharma Oli said that there was a possibility of relieving some... Read More...

No immediate reshuffle in cabinet: Oli

KATHMANDU, Sept 9: Prime Minister K P Sharma Oli has said that he has no plans to reshuffle the cabinet anytime... Read More...