Is PM Oli considering to relieve some ministers? 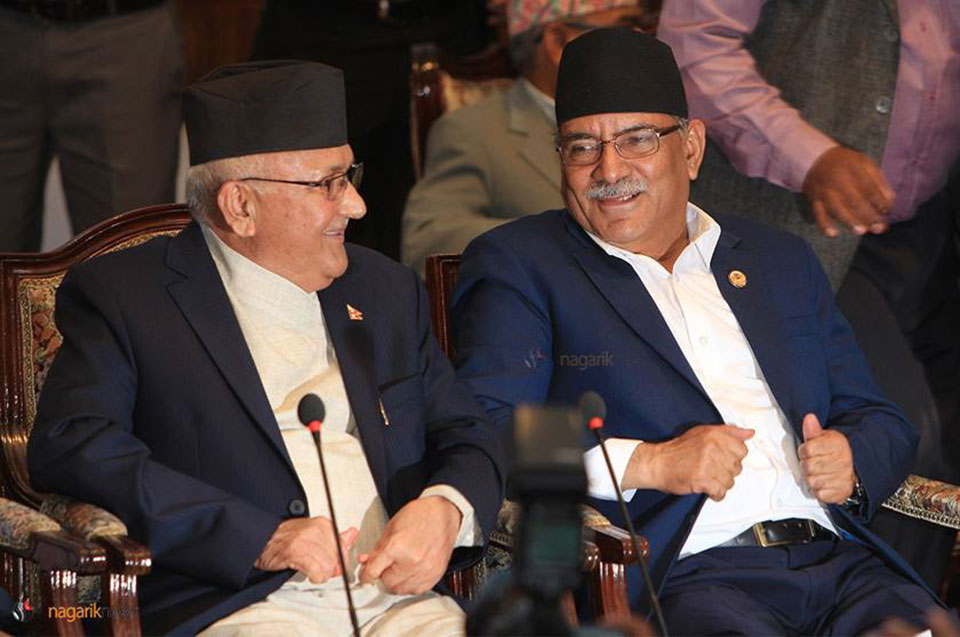 KATHMANDU, March 12: Sources close to Prime Minister KP Sharma Oli said that there was a possibility of relieving some ministers to ensure effective delivery of services to the people. The statement comes at a time when the Oli led government is facing criticism for lacklustre performance.

“A change is likely to be there in the coming days,” the source said.

In Biratnagar, co-chairperson of Nepal Communist Party, Pushpa Kamal Dahal said the same but refrained from pronouncing a change in the cabinet.

However, this isn’t the first time that the reshuffle has resurfaced. The reshuffle had surfaced twice – on February 2019 and September 2019.

On February 2019, the Prime Minister had thought to change the portfolio of some ministers ahead of the Nepal Investment Summit. On September 2018, Oli had dismissed speculations of a change despite criticism from all quarters after the government failed to deliver its promises.

The source, however, did not reveal which minister will be sacked and who will be inducted. The two NCP chairpersons have been receiving feedback about an increasing level of frustration among people in the past one year. The NCP leaders have admitted that their party will lose its popularity if the government fails to deliver on its promises.

Minister Yadav becomes emotional about his likely dismissal from cabinet

KATHMANDU, March 16: Minister for Industry, Commerce and Supplies, Matrika Prasad Yadav has hinted that he could be kicked out... Read More...