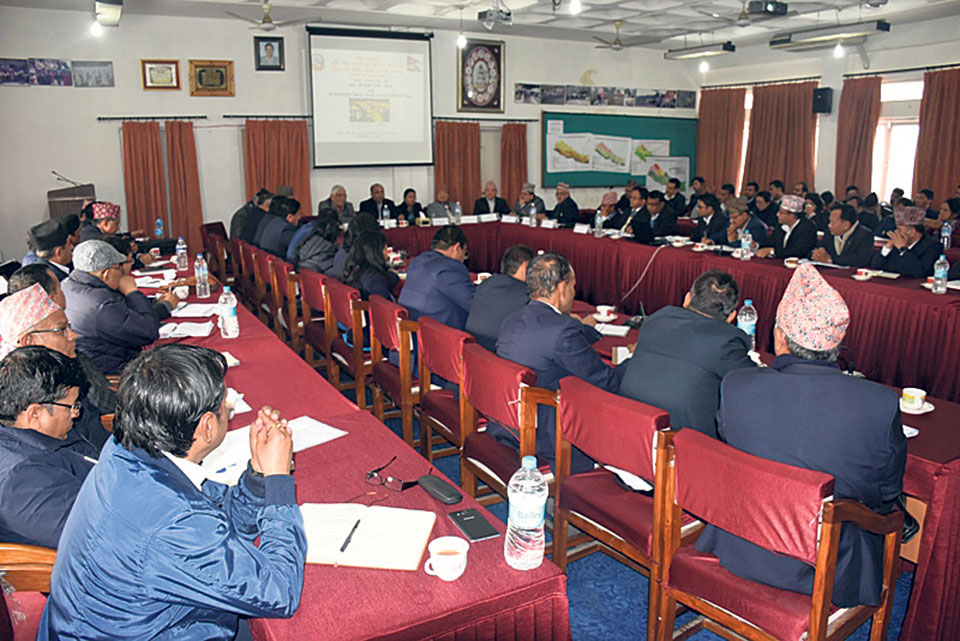 KATHMANDU, Dec 18: Unhappy with work performance of his ministry and subordinate offices in the first trimester of Fiscal Year 2018/19, Minister for Agriculture and Livestock Development Chakra Pani Khanal has instructed officials to improve their performance or quit.

Speaking at the work progress review meeting at the ministry on Monday, Khanal asked officials to speed up their work so as to achieve desired results.

“This is not a satisfactory result. If any department head has felt that s/he is becoming unable to work as per the spirit of this ministry, you are free to quit,” he said in the meeting. “The ministry will accept your resignation without any hesitation.”

The ministry has 42 departments, boards and other offices under its umbrella.
Speaking at the meeting, high-ranking officials of the ministry argued that the ministry’s work progress has been affected due to confusion as well as difficulty in working with the newly-created federal units. They added that the ministry’s policies, laws and regulations are yet to be aligned with the federal set up of the country.

“Unclear budget distribution and authorization of responsibility created some problems for us. Also, most of the new projects that the ministry launched this year got delayed due to some procedural reasons,” the progress report of the ministry for the first trimester states.
Of the 70 projects implemented by the ministry in the current fiscal year, 24 projects have achieved less than 50 percent work progress in first four months of FY2018/19, while seven have reported zero progress.

The report states that lack of study while preparing cost estimation and project agreement document consumed lot of time for resource management as well as project amendment. Moreover, new organizations, new buildings and new rules, regulations and policies revision for new organizational structure also consumed additional time that could have been utilized for project implementation, it added.

Meanwhile, Minister Khanal has requested all the officials to focus on their work to make it effective and result-oriented instead of arguing and giving excuses on why offices under the ministry couldn’t be productive.

Besides, the report has projected paddy production to grow to 5.4 million tons this year. It has also forecast that rice import will come down to some extent in the current fiscal year.

The Covid-19 outbreak has affected people across the globe, sparing no one and no sector. In Nepal, it has taken... Read More...