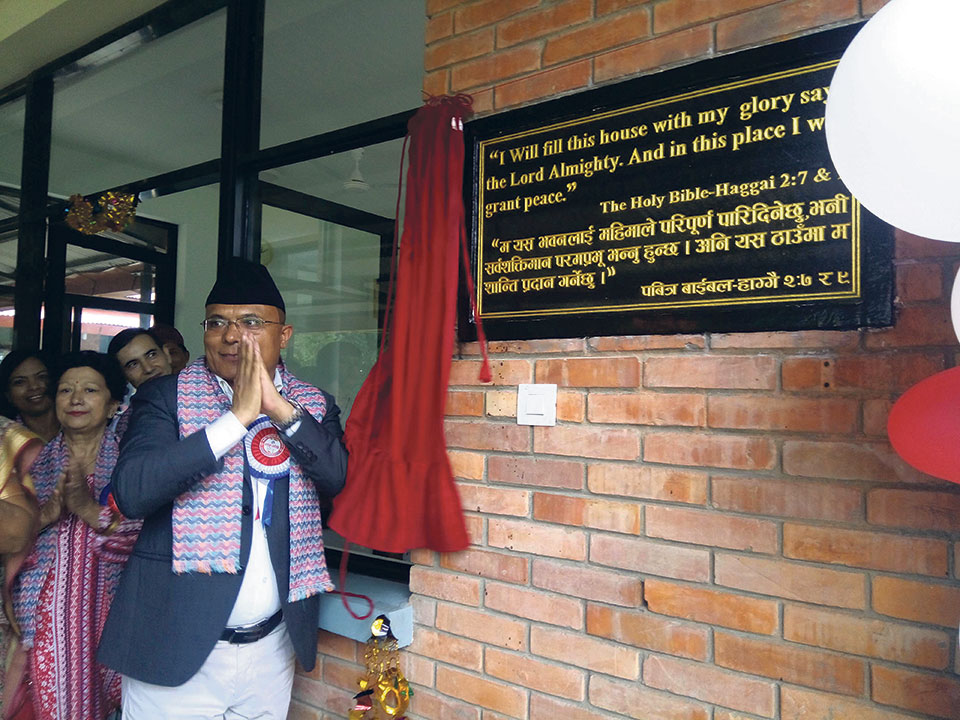 Social Development Minister of Karnali Province Dal Rawal inaugurated the Fistula Hospital on the premises of Karnali Regional Hospital in Birendranagar last Friday. The minister said he was to inaugurate Fistula Hospital but had to unveil a plaque with a Bible verse, without any prior information. So he ordered the removal of the plaque. | Photo: Republica

SURKHET, Sep 28: A provincial government minister last Friday ordered Surkhet Regional Hospital to remove a verse from the Bible inscribed on a wall on hospital premises.

The Bible verse Haggai 2:7-9, which reads: “I will fill this house with glory. And in this place I will grant peace,” was inscribed on a wall of the Fistula Hospital, a facility run inside the government hospital premises by the NGO International Nepal Fellowship (INF).

Minister Rawal instructed Dr Dambar Khadka, medical superintendent at the Mid-Western Regional Hospital to remove the verse without further delay. “I was to inaugurate the Fistula Hospital but I had to unveil a Bible verse, without any prior information,” he said adding “I have directed the superintendent to let me know when the verse has been removed.”

Rawal argued that there should be no politics of religion in a public place like a hospital.

Tharu said the Bible verse was inscribed as per the wish of donors. “The verse was to be unveiled by the donors and not by the minister,” he said adding “In case the inscription is removed, we will prepare a new one including the name of the minister.”

According to Tharu, as the inaugural function was organized in haste they could not include the name of minister in the Biblical inscription. “We cannot go against our donors by removing the inscription. Instead, we are planning to prepare a new inscription including the minister’s name, also to be placed on the hospital premises,” he added.