The Belgian Princess officially opened the center which is supported by Damien Foundation, Belgium.  Astrid is the honorary president of the foundation. On the occasion, Princess Astrid also met with people affected by tuberculosis and leprosy. 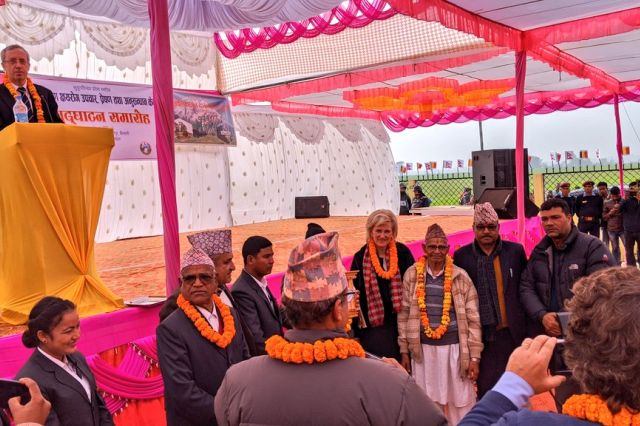 Astrid, the younger sister of Belgian King, arrived in Nepal on a week-long visit on Sunday.

Her visit comes less than six months after Nepal and Belgium held their first meeting of the Bilateral Consultation Mechanism in Kathmandu.

On June 20, the Secretariat of the Ottawa Anti-Personnel Mine Ban Convention had announced that Princess Astrid - as special envoy of the convention - would be part of a working group tasked with promoting the treaty at a diplomatic level in states that had not yet joined.  In her capacity of special envoy to the Ottawa Convention against anti-personnel landmines, she advocated Nepal's accession to this convention.

Astrid will meet President Bidya Devi Bhandari on Tuesday in Kathmandu. The visit of Astrid also coincides with the start of the Visit Nepal year 2020.

"Nepal is a favorite travel destination for many Belgians because of its rich historical and cultural heritage and because of a large variety of plants, wildlife and landscapes that can be found from the plains covering the southern part of the country until the Himalayas, home to eight of the fourteen highest peaks in the world," read a press release issued by Embassy of Belgium in New Delhi which is concurrently accredited to Nepal.

As part of her visit, Princess of Belgium is visiting Kailai, Nawalparasi and Chitawan districts. 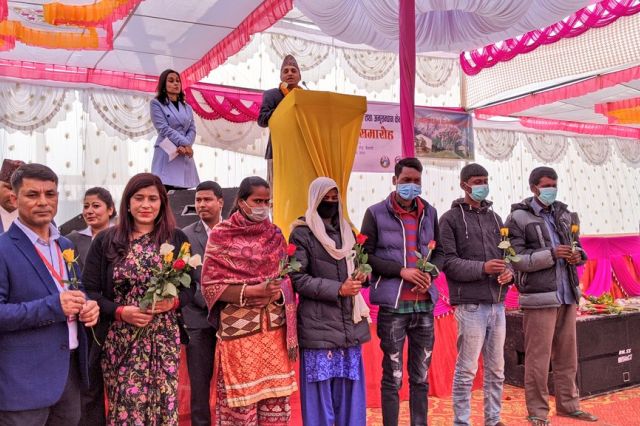 She will also visit the Midpoint Hospital at Nawalparasi, which is provincial reference center for MDR tuberculosis and leprosy.