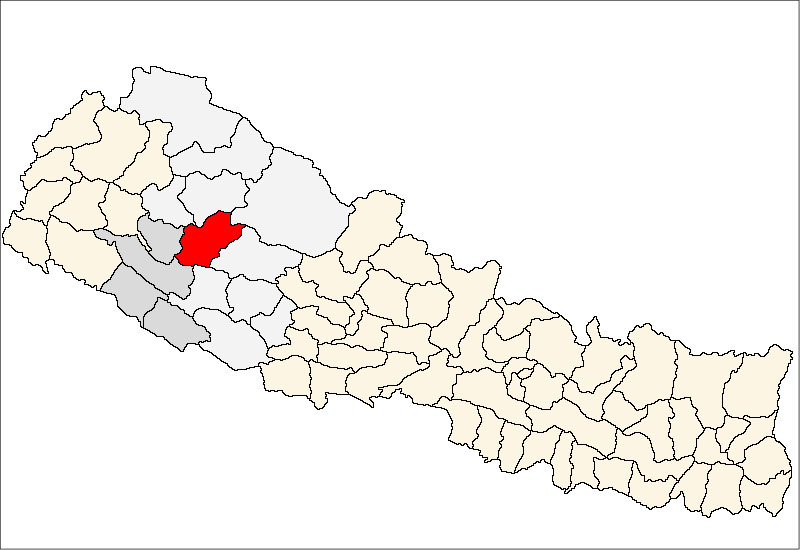 JAJARKOT, Feb 11: Constructed just five years ago, the Mid-hill Highway has potholes and developed cracks along the Jajarkot section, without beginning the vehicular movement. Use of substandard construction materials and landslides are blamed for the pathetic situation of the road.

Millions of rupees have been spent on the road construction, but it lacks quality resulting in the damage, said local resident Atal Acharya.

Denied transportation, the locals of Kudur Jagatipur have demanded repair of the road and beginning of the transport along the 92 kilometers road that runs from Kudude in Dailekh to Jajarkot border.

Acharya said they have written to the Department of Roads, local levels and contractor to repair the road.

Shuvaraj Neupane, Senior Division Engineer for the Project Office in Dang said efforts have been started to repair and upgrade the roads. "A tender will be announced within February 15 to expand and blacktop the road, and drainage pipes will also be laid," he said. RSS

JAJARKOT, Feb 12: Construction work on Mid-Hills Highway in Jajarkot district is not moving ahead because of the lackluster attitude of... Read More...

SINDHULI, Feb 21: Transportation along the BP Highway has finally resumed from Tuesday morning after a diversion was created to ease... Read More...