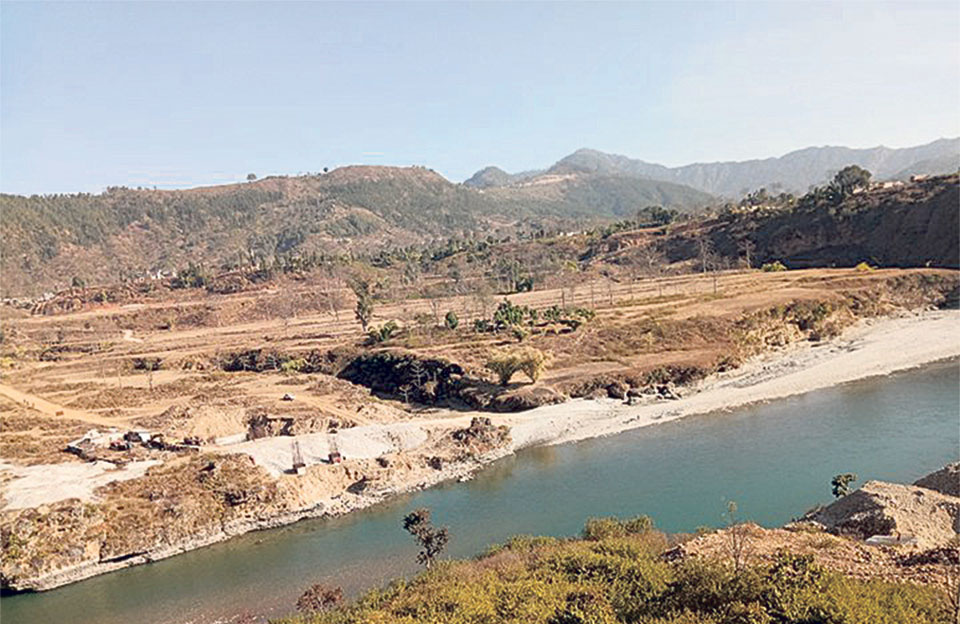 JAJARKOT, Feb 12: Construction work on Mid-Hills Highway in Jajarkot district is not moving ahead because of the lackluster attitude of government agencies in expediting such work.

Though work on several bridges and road sections in the district have been left incomplete for long, concerned government agencies not taking any action against the contractor, according to locals.

According to Department of Roads (DoR), three bridges have to be built on 92-kilometer section of Mid-Hills Highway in the district. Lack of bridges on these roads, however, has made the road inoperable.

Work to build a bridge over Bheri River to connect Kudu of Jajarkot with Chaurjahari of Rukum began five years ago.  But the contractor has not even built a pillar. Another bridge that connects Bhur with Jagatipur is also not suitable for transport. DoR is yet to call tender for another bridge over Chheda River.

Delay in construction of bridge over Bheri River has affected locals of both Rukum and Salyan.

Raju Shrestha of Kathmandu-based YP Construction, which bagged the contract to build the 100-meter build worth Rs 150 million, said that the work is not moving ahead in the lack of environment to work at the project site. “The DoR changed the design two years after the construction started. We have got the new design now. We will complete the project in two years,” Shrestha said.

JAJARKOT, Feb 11: Constructed just five years ago, the Mid-hill Highway has potholes and developed cracks along the Jajarkot section, without... Read More...

Six-lane Birgunj-Pathlaiya road to be ready by mid-July

BIRGUNJ, Jan 14: The six-lane Birgunj-Pathlaiya Road still remains incomplete even though it has already been one and half months since... Read More...

BUTWAL, Jan 4: Repair of a concrete bridge in Butwal along the East-West Highway has started. ... Read More...

1,954 new COVID-19 cases reported in Nepal on Wednesday
8 hours ago

1,954 new COVID-19 cases reported in Nepal on Wednesday
8 hours ago