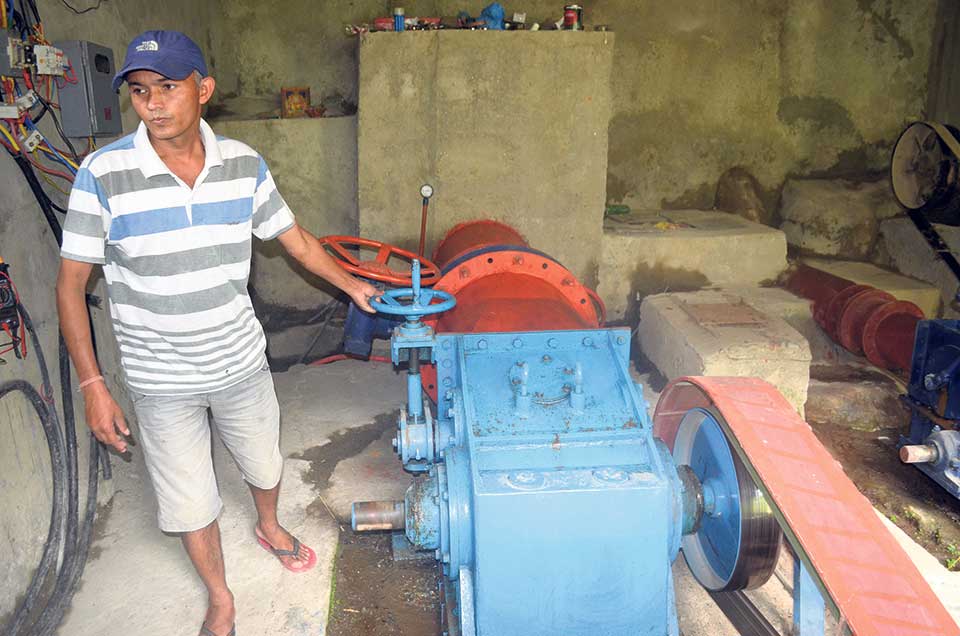 The hydropower project established in 1999 generates 23 KW of electricity during all seasons. It was purchased by the Nepal Electricity Authority (NEA) in 2015.

In 2013, the NEA started providing electricity to the village and the project had to face losses. "Since it was formed with an intention to benefit the locals, the NEA decided to connect it to the national grid," Budhathoki said.

Since then, the project has been generating 27 KW electricity although the capacity of the project is only 23 KW, Budhathoki further added.

In line with its policy to purchase small hydropower projects generating more than 20 KW, the NEA acquired Syaurebhumi Micro Hydropower Project in 2015.

Based on the agreement between the NEA and Syaurebhumi, the former has been paying Rs 8.40 per unit for the electricity generated during winter and Rs 4.80 during monsoon.

After the project got affected by 2015 earthquake, it received Rs 3.5 million in grant for reconstruction. The grant was provided by the United Nation Development Programme in cooperation with Alternative Energy Promotion Center of Nepal government.

“Mr Prime Minister, how would you feel if you didn’t get a kidney ahead of transplantation?” (with video)
11 hours ago

Kathmandu DAO urges hospitals to not create panic
20 hours ago