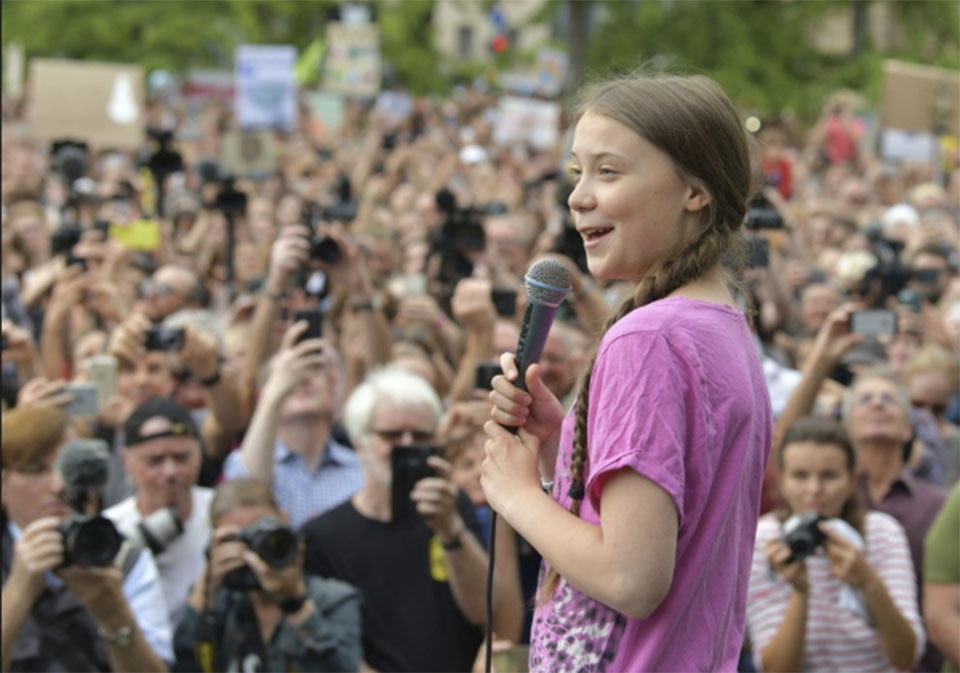 As Swedish teen activist Greta Thunberg joined thousands of young protesters in Berlin to urge policymakers to redouble efforts to combat climate change, Merkel said her government will decide Sept. 20 on such matters as whether and how to put a price on carbon emissions.

The package, she told her annual summer news conference, “must be very well thought through.”

Merkel’s “climate Cabinet” of senior officials held an inconclusive meeting on Thursday as the governing coalition wrangles over what measures to introduce.

The environment minister called recently for carbon taxes that could be used at least in part to financially boost low-income households, but there has been pushback from Germany’s powerful auto lobby and lawmakers representing rural regions, where many rely on cars to commute to work.

Several blocks away, speakers at a rally attended by Thunberg underlined the need for urgency in combating climate change.

Thunberg told the cheering crowd that adults haven’t taken responsibility for the climate crisis and young people have had to take to the streets around the world — sometimes skipping school — in the Fridays for Future rallies.

“I will never give up and I hope that you will not either because this is a question of life or death,” she pledged.

Merkel said Thunberg and her fellow protesters “have certainly pushed us to speed up.”

“The seriousness with which Greta, but also many, many young people, are pointing out to us that this is about their lives ... has certainly prompted us to approach the matter more purposefully,” she added.

But she also argued that decisions that will have far-reaching implications can’t be rushed.

“Sept. 20 will be a very decisive day, and I think we can tell the students that we are working under high pressure,” Merkel said. “But we are also taking new directions, and these new directions must of course be thought through so that we really know what we are doing and how we are doing it, and so we are reasonably certain that we will reach our goals.”

An independent panel of economists that advises the government last week suggested that the government make transport and heating with fossil fuels more expensive, and end subsidies that currently encourage the use of gasoline, natural gas and coal.

STOCKHOLM, Sept 25: Swedish teenage climate activist Greta Thunberg was named on Wednesday as one of four winners of the... Read More...