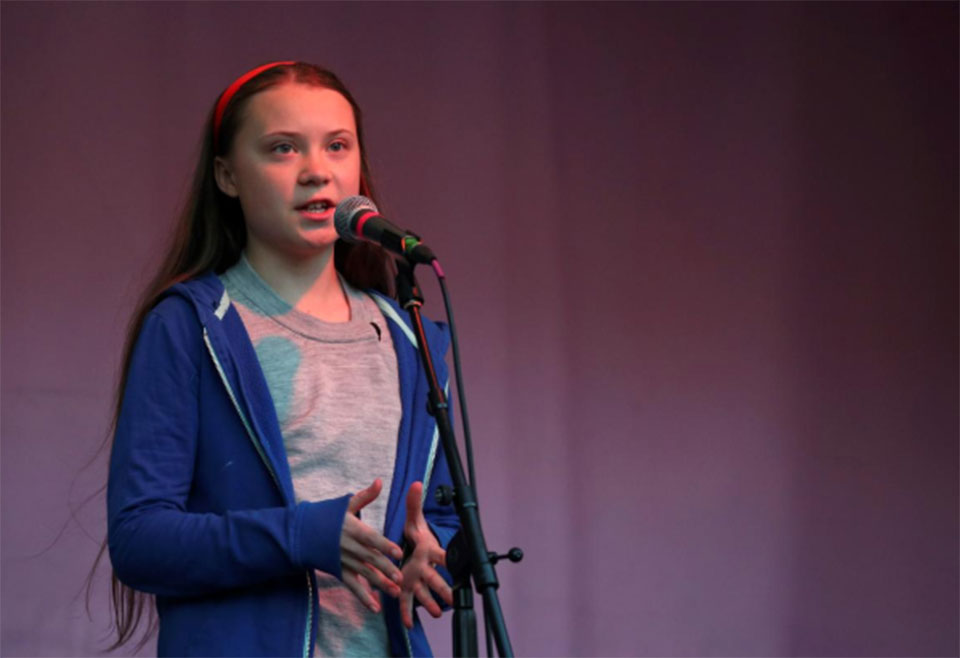 LONDON, April 22: Swedish teenage environmental activist Greta Thunberg on Sunday urged hundreds of climate-change protesters in London to never give up their campaign to save the planet as police arrests over disruptions to the city’s landmarks rose above 830.

Climate group Extinction Rebellion has targeted sites such as Oxford Circus and Waterloo Bridge in a campaign of non-violent civil disobedience with the aim of stopping what it calls a global climate crisis.

Police said the number of arrests in connection with the protests rose to 831 on Sunday, and 40 people had been charged with offences such as obstructing a highway and obstructing the police.

Thunberg, a 16-year-old student, spoke to hundreds of activists at Marble Arch, one of a number of London landmarks that have been brought to a standstill over seven days of direct action. Police were allowing the protest to continue at the site.

Thunberg inspired a movement of children against global warming when she took a stand in front of Stockholm’s Parliament House last August with her “school strike for climate” sign.

Thousands of students around the world have since copied her, and the schoolgirl took her campaign to European leaders in Strasbourg on Tuesday and to the Vatican, where she met Pope Francis, on Wednesday.

London police said they had moved protesters from roads around Oxford Circus, Piccadilly Circus and Parliament Square, and they were working to re-open Waterloo Bridge.

Metropolitan Police Commissioner Cressida Dick said on Saturday that the protests had caused “miserable disruption”. She said there were now 1,500 police officers, up from 1,000 previously, working to clear the roads.