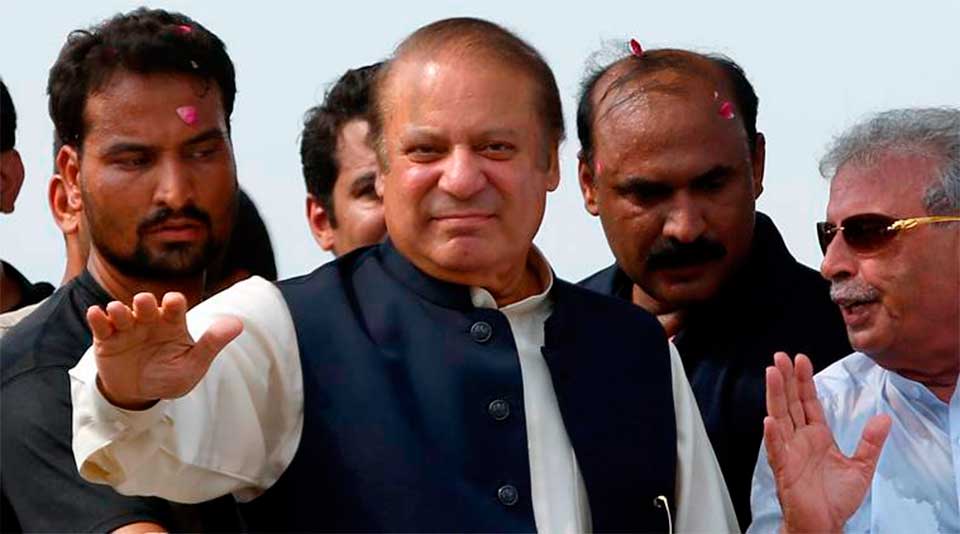 Columnist Zahid Hussain said the removal of Nawaz Sharif from the prime minister’s office has deepened the political crisis in the country and brought to the surface various contradictions that seem to be extremely difficult to manage.(AP photo)

Noted journalists, editors, columnists, media personnel and representatives of media freedom organizations signed a petition, protesting against the ongoing curbs on freedom of expression in Pakistan in the recent days.

Media personnel in Pakistan strongly condemn all forms of censorship Columnist Zahid Hussain said the removal of Nawaz Sharif from the prime minister’s office has deepened the political crisis in the country and brought to the surface various contradictions that seem to be extremely difficult to manage.

Over 50 senior Pakistani journalists and media groups have signed a petition, expressing serious concern over “all forms of censorship” imposed by the management of media houses on free media and freedom of information, under pressure.

Noted journalists, editors, columnists, media personnel and representatives of media freedom organisations signed a petition, protesting against the ongoing curbs on freedom of expression in the country in the recent days.

“Beginning with a crackdown against select media groups and banning the broadcast of various channels, there now is enhanced pressure on all media houses to refrain from covering certainrights-basedd movements. Media house managements under pressure are dropping regular op-ed columns and removing online editions of published articles. One media house even asked its anchors to stop live shows,” they said in a signed statement.

They alleged that there is a growing self censorship (by the management) and discussions take place on “given news” rather than real news, which violates the citizens’ right to information.
“These examples represent a fraction of the kind of censorship taking place across the country in different ways. We strongly protest against all forms of censorship imposed on free media and freedom of information and stand united against it,” they said.

Zahid Hussain, a known columnist, alleged that unannounced censorship seems to have been imposed on the media across the country. “The restrictions have certainly not been imposed by the federal government or any regulatory body. Still, the media houses are compelled to follow a diktat (from the establishment). “Opinion pieces violating ‘guidelines’ have reportedly been withdrawn by the management of some leading newspapers for fear of being penalised. Indeed, TV channels are much more vulnerable to the threat. And that fear is not unfounded,” he said.

Over the past weeks, Hussain said, Geo News has reportedly been taken off by cable operators or shuffled out of the main bouquet of news channels as ‘punishment’ for being too ‘outspoken on certain sensitive issues’. “What we are witnessing is described by some analysts as the creeping expansion of the power of the ‘deep state’.

It is not just about media gagging or increasing number of cases related to enforced disappearances, it is also about the growing perception of political manipulation by ‘invisible forces’, often referred to as ‘namaloom afraad’ (unknown people, a reference tothe military establishment).

Hussain said that the deep state commonly meant the security establishment. He said the removal of Nawaz Sharif from the prime minister’s office has deepened the political crisis in the country and brought to the surface various contradictions that seem to be extremely difficult to manage.

“While trying to fill the vacuum, these forces seek to curb any voice of dissent. The threshold has been further reduced by the growing internal and external security challenges. “Many believe that the unannounced censorship of the media may be a part of a wider plan.
The media houses reportedly receive ‘advice’ on what should or should not be telecast or printed — all in the name of national security interest. In fact, the pressure can be so intense that oftentimes, even if there is no such ‘advice’, the owners and editors of certain media houses indulge in self-censorship in an attempt to remain on the right side of the powers that be,” Hussain said.