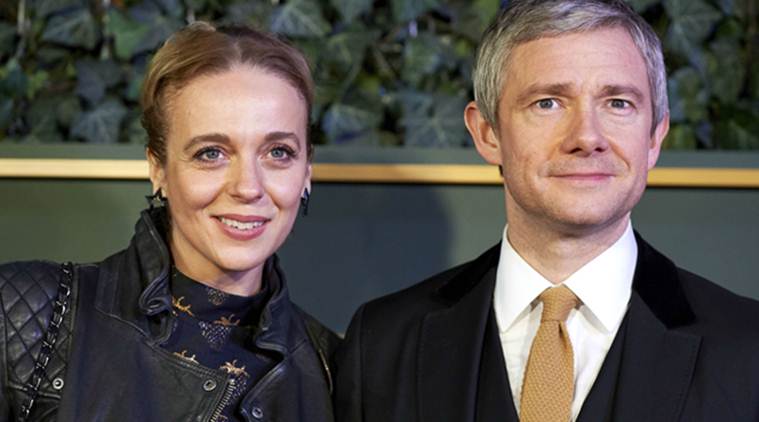 Amanda Abbington says she will “remain best friends” with her Sherlock co-star and ex partner Martin Freeman following their split. The 42-year-old star, who has two kids with Freeman, announced their split earlier this week after 16 years together, and said they reached the decision to end their relationship, mutually, reported Femalefirst.

“Martin and I remain best friends and love each other, and it was entirely amicable. There was no hostility, really, we just said that we couldn’t live together anymore, so we put everything in place, he moved out to a flat in north London, I stayed at home.

“It is sad and it is upsetting, because you think you’re going to be with someone forever, but you either do that or you break up, and we both came to the decision that splitting was best for us. We’ve been really lucky to make it such a clean break, especially for the kids,” Abbington said.

Abbington cited the 45-year-old actor’s hectic schedule as one of the reasons for their split. “You can’t be away from people for too long, because you start to function on your own, and you get used to being separate (from) the person you’re supposed to be with. You lose that connection and lose sight of it, in the end,” she said.

Dozens take ill with epidemic of diarrhoea in Sakarpura

RAJBIRAJ, Oct 6: An epidemic of diarrhoea and vomiting has spread in Tiladhi Koiladi rural municipality, that was recently affected... Read More...