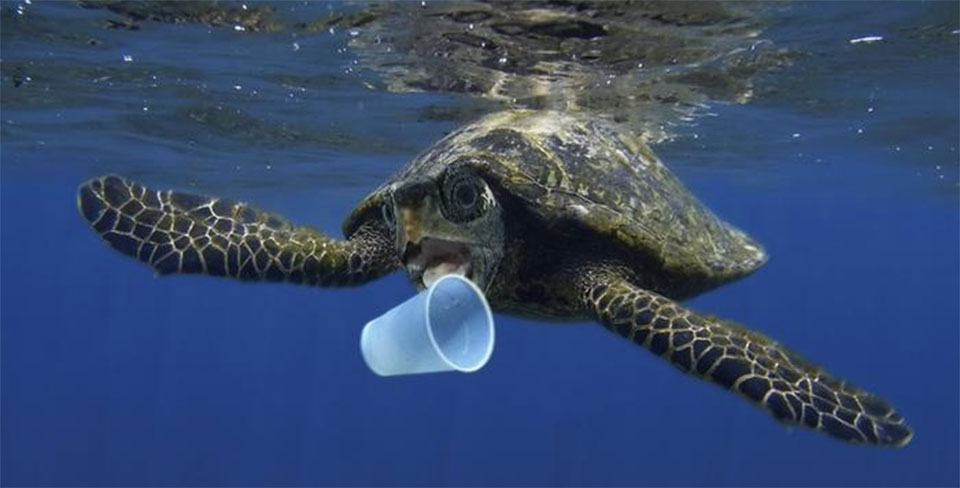 June 23: Seabirds are starving to death on the remote Lord Howe Island, a crew filming for the BBC One documentary Drowning in Plastic has revealed.

Their stomachs were so full of plastic there was no room for food.

The documentary is part of a BBC initiative called Plastics Watch, tracking the impact of plastic on the environment.

The marine biologists the team filmed are working on the island to save the birds. They captured hundreds of chicks - as they left their nests - to physically flush plastic from their stomachs and "give them a chance to survive".

No room for nutrition

The birds nest in burrows on Lord Howe Island, which is more than 600 kilometres off the east coast of Australia. While chicks wait in the burrow, the parents head out to sea and dive for small fish and squid to feed their offspring.

"These birds are generalist predators," explained marine biologist Jennifer Lavers who works with the shearwater colony. "They'll eat just about anything they're given. That's what's allowed them to thrive - a lack of pickiness.

"But when you put plastic in the ocean, it means they have no ability to detect plastic form non-plastic, so they eat it."

Parent birds unwittingly feeding plastic to their chicks means that the birds emerge from their burrows with stomachs filled with plastic, and with insufficient nutrition to enable them set out to sea and forage for themselves.

But when the birds first head out of the burrow, the research team have been stepping in to help.

"If the amount of plastic is not so significant, we use a process called levage, where we flush or wash the stomach - without harming the bird," explained Dr Lavers.

The BBC crew filmed the team working with individual chicks - using tubes to flush their stomachs with seawater and make them regurgitate the plastic.

Liz Bonnin, who presents the series, said what she saw on Lord Howe Island was one of the hardest things she had witnessed in her career.

"But the scientists were telling us they sometimes pull out 200 or 250 pieces of plastic out of dead birds or from the regurgitation.

"It's obscene when you think about it."

Jennifer Lavers added that most of the plastic she and her colleagues have found in their work with the birds is "entirely preventable".

"We find plastic clothes pegs, plastic tooth brushes. Those could easily be swapped out for other materials - aluminium or wood. My own toothbrush is made of bamboo.

"When we look at changes like that and scale them up across the entire human population, it could really make a difference.

"I so look forward to a future where I'm not pulling clothes pegs out of the bellies of baby birds - that would be brilliant."

‘Seabird capital of the world’ is home to dozens of endemic species, which are particularly vulnerable to plastics ... Read More...