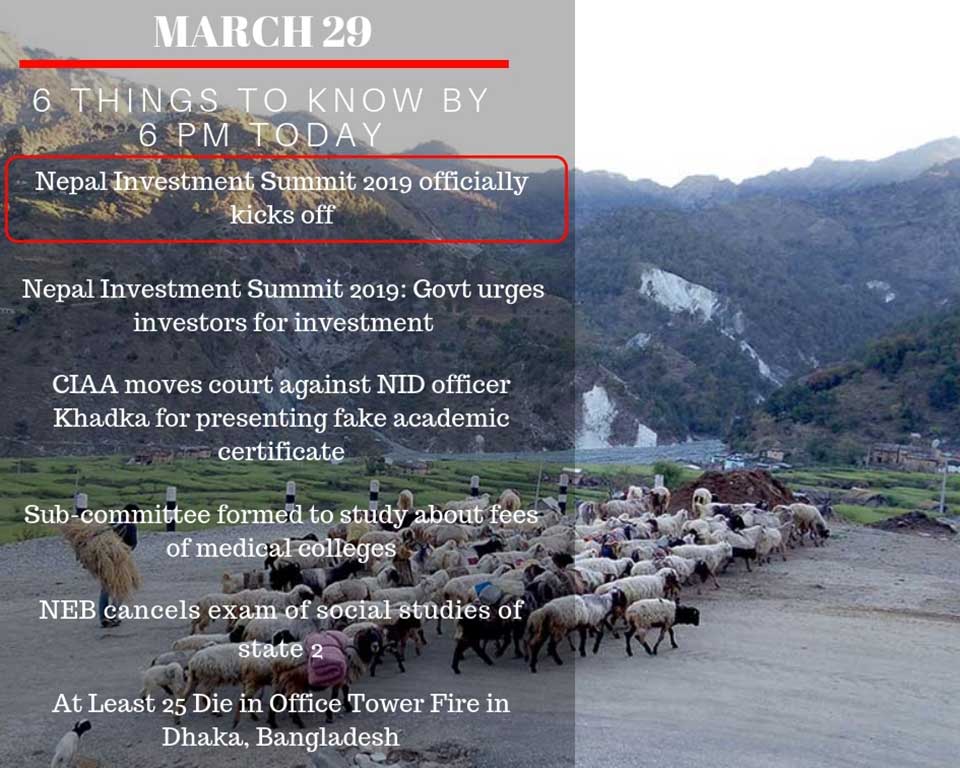 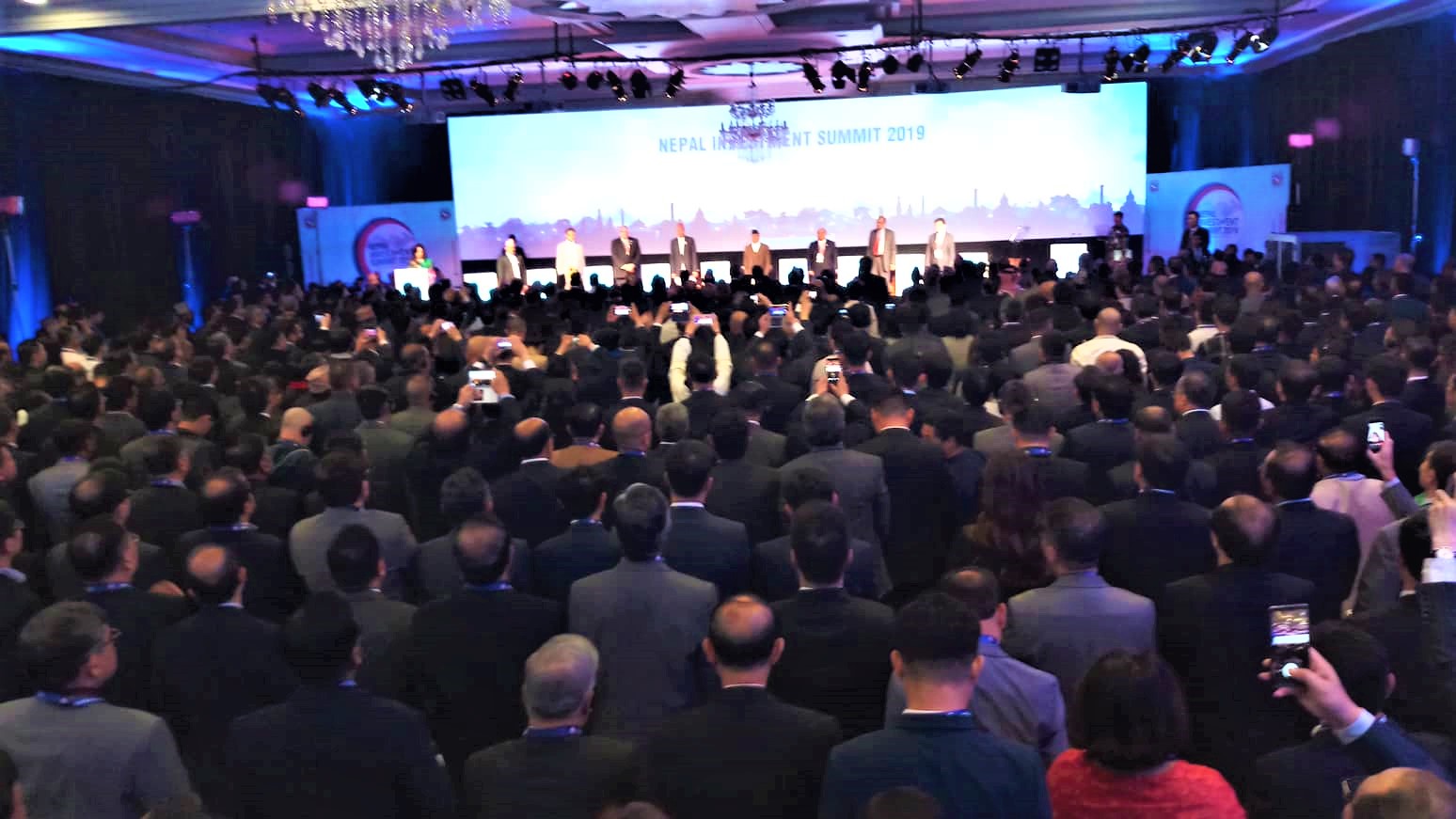 Amid a special function, Nepal Investment Summit 2019 officially kicked off with National Anthem in the capital on Friday morning. Prime Minister KP Sharma Oli inagurated the event. Now, the prime minister made the special address during the inagural session.

The government has requested all investors attending the ongoing Investment Summit to invest in Nepal. Addressing the Summit that began here today, Minister for Finance Dr Yubraj Khatiwada said Nepal has become an appropriate place for investment with the procedural and institutional reforms in this regard.

The Commission for Investigation of Abuse of Authority has filed a case against officer of the National Investigation Department, Bimal Khadka, at the Special Court on the charge of submitting fake academic certificate while joining the government service.

Sub-committee formed to study about fees of medical colleges 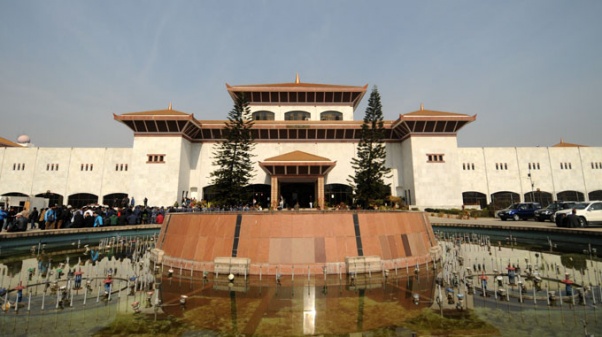 The Education and Health Committee under the House of Representatives (HoR) has formed a nine-member sub-committee to study whether the fee determined by the government for MBBS and BDS level education as well as other programm of medical sciences is implemented. 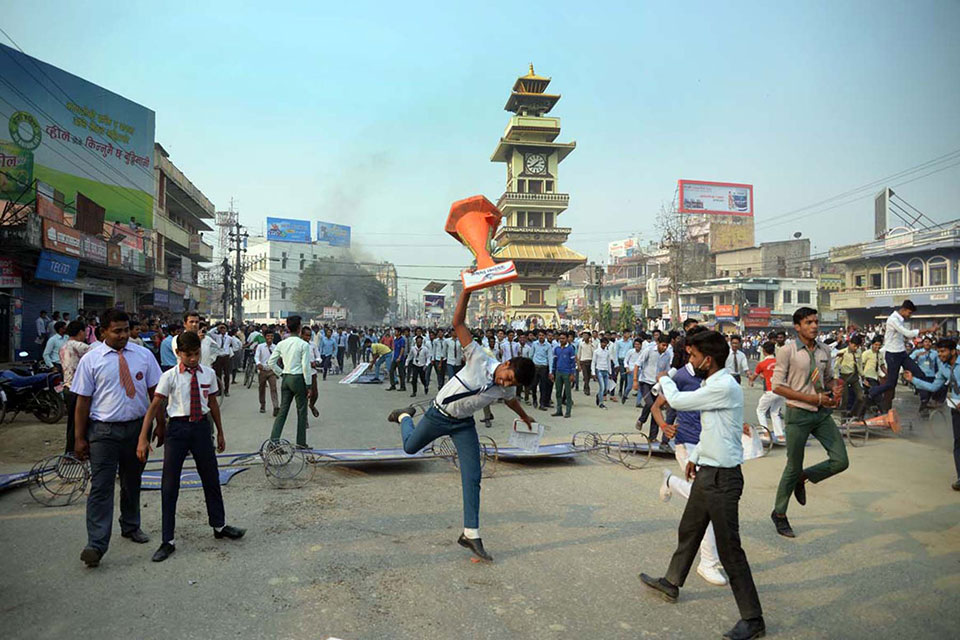 A fire broke out on Thursday in a large office tower in Dhaka, the capital of Bangladesh, killing at least 25 people and injuring several dozen others, officials said. Videos circulating on social media showed large flames burning through the 24-story building, F.R. Tower. On the ground, witnesses said several people had fallen while trying to descend using cables along the periphery of the building.

Smart lockdown to be enforced, int’l flights to resume
21 minutes ago

Smart lockdown to be enforced, int’l flights to resume
21 minutes ago