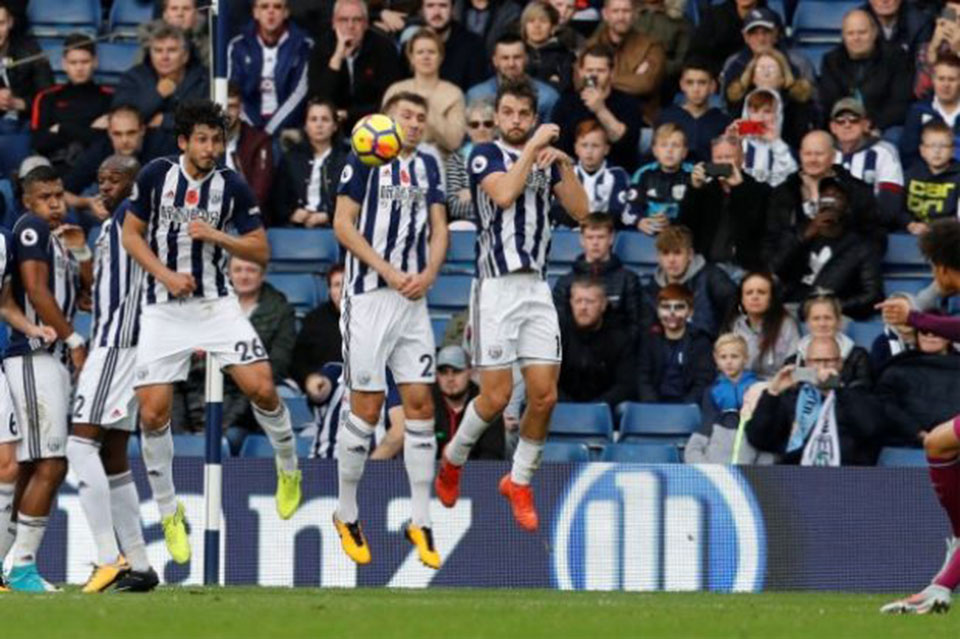 LONDON, Oct 29: Manchester City maintained their charge towards the Premier League title with a 3-2 win at West Bromwich Albion as Manchester United kept within five points of their neighbours with a 1-0 win over Tottenham Hotspur on Saturday.

Goals from Leroy Sane, Fernandinho and Raheem Sterling moved the leaders on to 28 points - equalling the best return after 10 matches of a Premier League season - as irresistible City took their campaign’s tally of league goals to a remarkable 35.

Earlier, Jose Mourinho received the response he had demanded from his United side following their humbling defeat at Huddersfield Town as an 81st-minute goal from substitute Anthony Martial preserved their perfect home record.

The win, their sixth straight victory in the league at Old Trafford without conceding a goal, moved United on to 23 points, three clear of Spurs as champions Chelsea and Arsenal both marched to within a point of their London rivals.

Chelsea boss Antonio Conte, who had shown unusual irritation last week when asked about stories linking compatriot Carlo Ancelotti with his job, seemed rather happier after Eden Hazard’s 51st minute goal earned his side a 1-0 win in the late game at Bournemouth to maintain their fourth spot.

Arsene Wenger celebrated a successful 800th Premier League match in charge as Arsenal fought from one down to beat Swansea City 2-1 with second-half goals from Sead Kolasinac and Aaron Ramsey.

Liverpool’s Juergen Klopp got the better of his best friend, Huddersfield boss David Wagner, in a 3-0 win at Anfield where second-half strikes from Daniel Sturridge, Roberto Firmino and Georginio Wijnaldum pushed the Reds to sixth on 16 points.

Watford’s giddy ascent, though, was checked with a 1-0 home defeat by struggling Stoke City - Darren Fletcher hit the target in the 16th minute - that dropped them to seventh on 15.

At the other end of the table, Crystal Palace escaped with an astonishing 2-2 draw with West Ham United, coming back from two down and earning a draw in the seventh minute of stoppage time through Wilfried Zaha.

Pep Guardiola’s Man City continue to look unstoppable at domestic level, having opened up in brilliant fashion with Sane scoring his sixth goal in seven league games after 10 minutes.