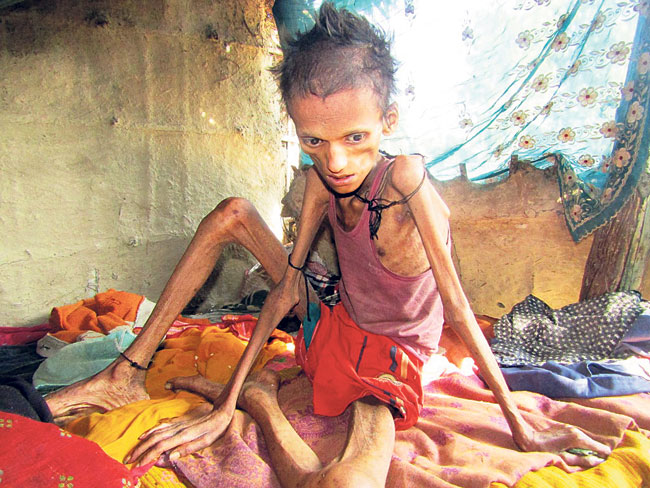 JAJARKOT, July 8: The cases of malnutrition in children in Karnali Province are still rampant.

A total of 20,092 children were admitted in 654 hospitals in the Province in the current fiscal year 2021/22, according to Karnali Health Directorate.

The Province having 10 districts recorded the highest number of cases of malnutrition in Dailekh (578 cases) district followed by Surkhet (400 cases) and Mugu (91 cases).

Apart from malnutrition, cases of anemia, stunting and low weight on birth were also recorded in children in Kalikot, Jajarkot and Mugu district.

According to Kalpana Rokaya, health worker in the health post in Barikot Limsa in Jajarkot, two children died due to malnutrition in Jajarkot last fiscal year.

Similarly, Karnali Province Hospital's senior pediatrician Dr Nawaraj KC asserted that malnutrition could not be alleviated until poverty is eradicated.

According to him, babies born to younger mothers weigh only one or two kilograms. "Malnutrition related cases are growing since mothers are unable to breastfeed their newborns," he shared.

A total of 55 percent of children below five years are suffering from under-nutrition, overnutrition, malnutrition, underweight, obesity, stunting and wasting, among others.

Malnourished children and newborns apart, 166 new mothers died due to the lack of timely treatment in the province over nine years, the statistics of the Directorate revealed.

The federal government introduced the Multi-sectoral Nutrition Plan in fiscal year 2015/16 in Karnali with an objective to make all local governments nutrition-friendly by 2030.

The federal government also allocated Rs 190 million for nutrition related programs and projects for 79 local governments in Karnali Province for 2020/21, according to the Directorate. The budget is being mobilized for distributing nutritional food, and launching awareness drives on nutrition and sanitation among others.

Malnutrition among children on the rise in Surkhet