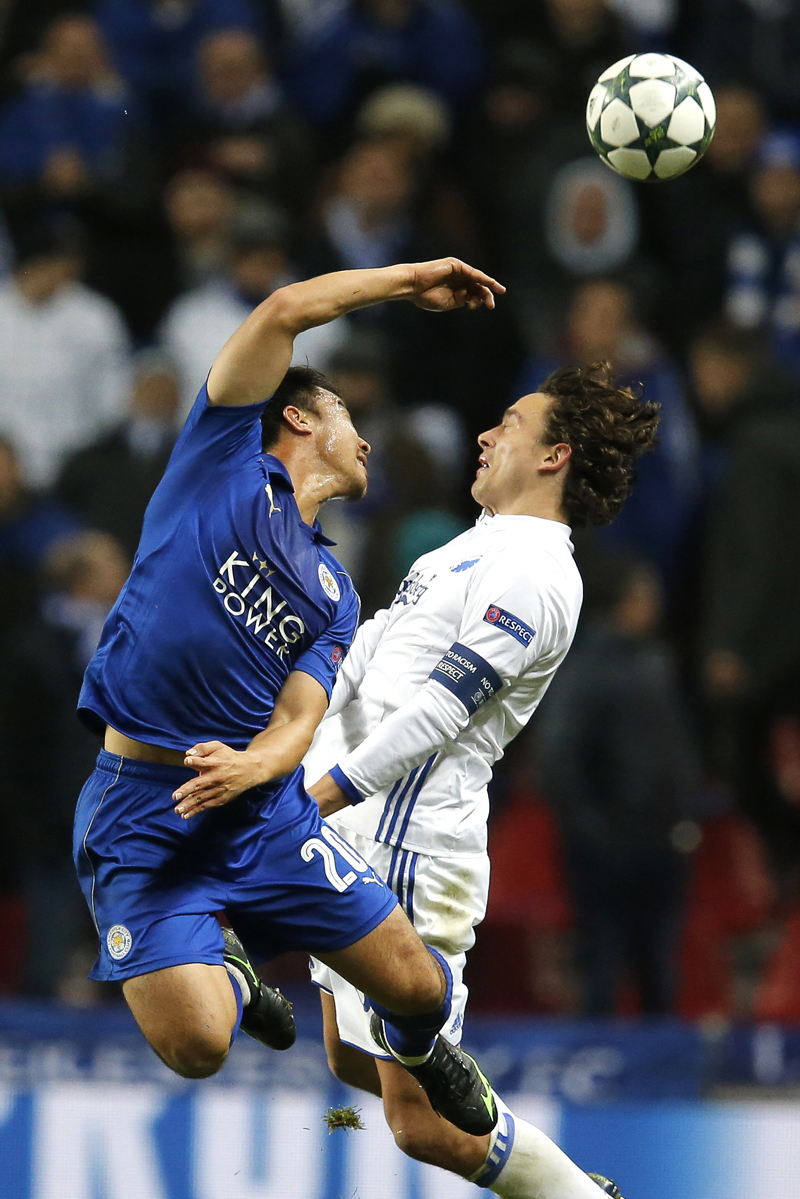 One more team booked a ticket in the knockout stage of the Champions League on Wednesday and it wasn't the star-studded defending champion, Real Madrid.

Needing a win at Legia Warsaw to advance, Madrid squandered a 2-0 lead and allowed the Polish side to earn its first point of the campaign in what became a highly embarrassing 3-3 draw for the Spanish powerhouse.

But while Zinedine Zidane's team struggled, Borussia Dortmund had no such trouble and advanced to the knockout stages with two games to spare after a 1-0 win over Sporting Lisbon. It joins Arsenal, Paris Saint-Germain, Atletico Madrid and five-time winner Bayern Munich, which all qualified on Tuesday.

Zidane said he wasn't surprised by a result that saw his team slip to second place in Group F, two points behind Dortmund.

"It was a strange match, it didn't go the way we wanted it to," the Madrid manager said. "We lacked a bit of everything. Above all, when you score two goals we dropped our intensity, and when you do that they can score. Now we are going to forget this game."

Polish supporters didn't have a chance to celebrate at Wojska Polskiego Stadium, as the doors had been closed to the public by UEFA as a penalty for fans' racist behavior and the fireworks thrown during a previous loss to Dortmund.

Coming off a hat trick in the Spanish league, Cristiano Ronaldo finished empty-handed and remains two goals short of scoring his 100th goal in European competition.

Leicester dropped its first points in its first foray into the Champions League and needs to wait for another round of matches to seal a place in the last 16.

Here's a look at what happened in the Champions League on Wednesday in detail:

In a tightly contested group, Monaco took a big step toward qualifying with a 3-0 win over CSKA Moscow and Bayer Leverkusen claimed its first victory of the campaign at the expense of Tottenham.

Monaco is now top of the group with eight points, two more than Leverkusen. Tottenham is another two points behind.

Valere Germain took advantage of some hapless goalkeeping from Igor Akinfeev to open the scoring in the 13th minute. Radamel Falcao added Monaco's second from Benjamin Mendy's cross in the 29th and then used some neat footwork to make it 3-0 in the 41st.

A record Tottenham attendance of 85,512 at its temporary Wembley Stadium home saw Kevin Kampl score in the 65th minute with a deflected shot for a 1-0 win which lifted Leverkusen into second place.

Madrid looked set to romp to another big win after Gareth Bale netted an amazing opener from distance in the first minute before then setting up Benzema to make it 2-0.

But Madrid's slack defense — and over-confidence — let Legia rally in stunning fashion to take the lead. Vadis Odjidja and Miroslav Radovic struck from long range before Thibault Moulin also scored from outside the area in the 83rd.

Madrid was facing a humiliating defeat until Mateo Kovacic fired in from near the edge of the box to at least rescue a point.

Dortmund left its top striker Pierre-Emerick Aubameyang watching from the stands as his backup, Adrian Ramos, scored the only goal in the 12th minute of a 1-0 win over Sporting Lisbon.

The German side is atop the standings on 10 points, with Madrid trailing by two points and Sportingfive further back.

Following three straight wins, Leicester was held to a scoreless draw at FC Copenhagen and must now wait for a home game against a Brugge side that lost 1-0 at FC Porto for another chance to advance.

Leicester dominates the group with 10 points, followed by Porto with seven, while Copenhagen is in third spot with five points.

Leicester goalkeeper Kasper Schmeichel dived to his right to claw away a downward header from Andreas Cornelius in injury time to earn the draw.

Andre Silva headed home for Porto in the 37th minute at the Estadio do Dragao to end a winless drought at home in European competitions. The ball deflected off the shoulder of Brugge midfielder Tomas Pina before going into the top corner by the far post. It was Silva's fourth goal in his last four matches with Porto.

The result eliminated Brugge, which is yet to win a point after four matches.

Sevilla moved closer to the knockout stages after easing to a 4-0 win over a Dinamo Zagreb side that played the entire second half with 10 men. Dinamo defender Petar Stojanovic received a red card just before the break with the score at 1-0.

Sevilla dominated throughout the match at its Sanchez Pizjuan Stadium, with goals from Luciano Vietto, Sergio Escudero, Steven N'Zonzi and Wissam Ben Yedder putting the result beyond doubt.

Sevilla, which had won the Europa League for the previous three seasons, leads Group H with 10 points. Dinamo was left with zero points.

Juventus has eight points after drawing 1-1 with Lyon, which has four.

The Italian hosts missed the chance to ensure qualification with a victory.

Gonzalo Higuain netted a penalty in the 13th minute but missed an open goal shortly before halftime. Juventus looked on course for the win but Corentin Tolisso leveled six minutes from time.

RSP meeting to continue today at 11 am
23 minutes ago