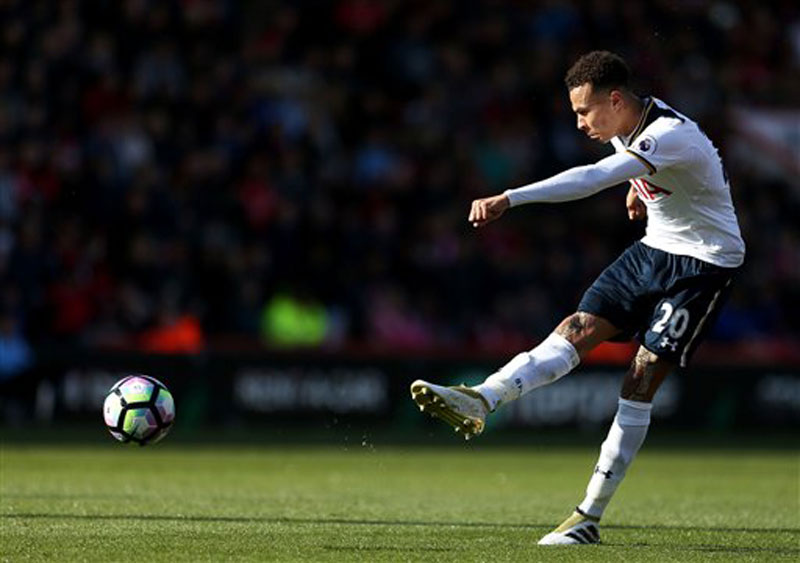 BOURNEMOUTH, Oct 23: Tottenham's second-half pressure failed to yield a goal in a 0-0 draw at Bournemouth in the English Premier League on Saturday as the title contender dropped points for the second straight game.

Spurs remain the only unbeaten team in the league after nine games but missed the chance to climb above Manchester City, which opened the weekend in first place.

Tottenham was fortunate to end the game with 11 men after substitute Moussa Sissoko appeared to elbow Bournemouth midfielder Harry Arter on the side of the face as they jostled for a ball at a throw-in.

After squandering many chances in a 1-1 draw at West Bromwich Albion last weekend and then drawing 0-0 at Bayer Leverkusen in the Champions League on Tuesday, Tottenham again lacked a cutting edge without injured striker Harry Kane.

The second half was dominated by the visitors but they didn't seriously test Bournemouth goalkeeper Artur Boruc, who parried away Dele Alli's shot and saw Erik Lamela drive an effort over the bar from an acute angle.

Lamela struck the angle of post and bar in the first half, after Tottenham goalkeeper Hugo Lloris had turned Steve Cook's close-range shot onto the bar following a short-corner routine.

It was a fifth clean sheet in nine games for Tottenham, which has the best defensive record in the league.