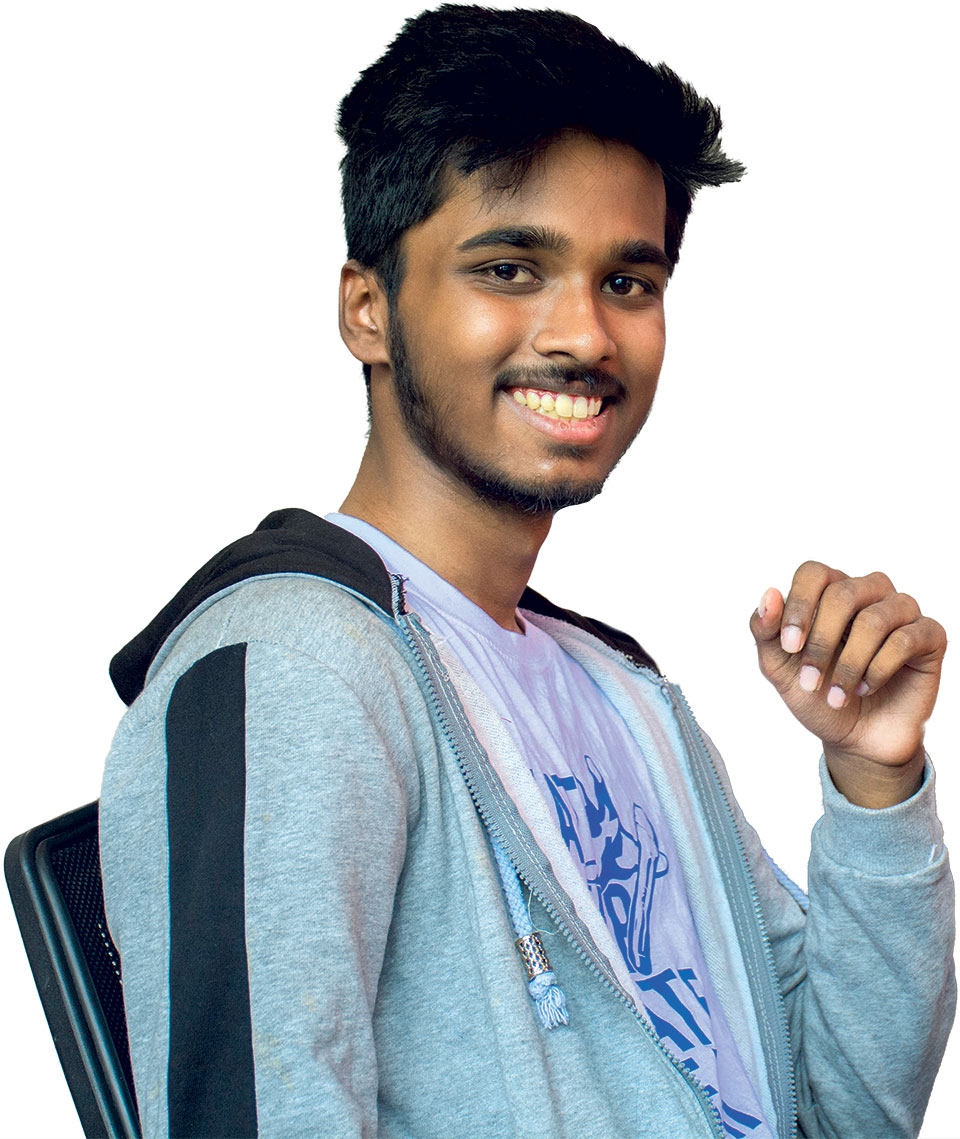 The captain of the National Debate Team, Apratim Shrivastav, says that it is his reading habit that has boosted his confidence and given him the ability to be able to think from different perspectives. For the 18-year-old, there can no alternative to reading and books are his lifelines. Here, in a conversation with The Week’s Ashma Chhetri, he talks about how his reading habit has shaped him and also shares five of his favorite titles.

How did you start reading?
I had no interest in books until I came across the series The Famous Five by Enid Blyton. The books were about these five friends who solve crimes in their neighborhood. It was this series that got me reading and then it was the Harry Potter series after that. I had watched the movies before I read the books but the books took me to a different world where I could imagine things myself and I really liked that. It felt like I was living with the characters and was a part of their world. After that, I moved on to other works of fantasy fiction like Percy Jackson, and the Game of Thrones.

What genre of books do you find yourself drawn to?
Reading fiction and fantasy fiction in particular was how I forayed into reading but I’m no longer fixated on these genres. Since I’m a debater, I now choose as many realistic contents as possible such as biographies of prominent figures, books based on disasters and history, or other non-fiction works. These books help me shape my ideas and thoughts, and keep me ready for any kind of competition. But you could say I read more non-fiction these days though I also enjoy fiction and pick up good novels time and again.

Would you describe yourself as a compulsive reader?
During my grade 12 final exams, I had a pile of 10 books or so on my study table that I wanted to read but, of course, I had to concentrate on my course books instead. I used to get so distracted and would pick up a book only to force myself to put it back after just randomly flipping through the pages to get a feel of it. In the end, I actually had to hide them so that I wouldn’t be tempted to read them instead of preparing for my exams. So maybe the answer to that question would be yes.

How do you pick books to read?
No matter how different our tastes and preferences might be, I don’t mind asking my friends for recommendations. Though I usually read books of authors that I like and find myself gravitating towards their works, I also check out the new books that have arrived at bookstores and read the blurb at the back to see if it appeals to me. What I read at any point of time also depends on what kind of mood I’m in.
Also, there are many books that aren’t available in the Nepali market so I often send my relatives who are abroad a long list of books that I want them to get for me when they come to Nepal. That’s how I get many titles that aren’t available here.

What is your ideal environment to read a book?
To be honest, I hadn’t really thought about that but I guess I like reading with a cup of coffee besides me at a cozy and calm place where no one will disturb me. But I feel nothing can beat the pleasure you get while reading when it’s raining outside and you are curled up under the blankets and have a cup of tea besides you.

Have you ever thought of writing a book?
I haven’t given it any serious thought but I would one day want to write a book. I want to create something that can draw people into the world of my imagination. I want to take people on a fascinating journey like J. K. Rowling has through the Harry Potter series. If I can come up with something like that, then I will definitely write.

For One More Day by Mitch Albom
For One More Day is the most emotional book I have ever read. It is about mortality and narrates the story of a troubled man and his mother. After I read the first chapter, I was so captivated that I stayed up the whole night to finish it. In the morning as soon as my mother woke up, I ran to her, hugged her, and told her how much she means to me.

Sapiens by Yuval Noah Harari
The book argues about the evolution of human history from the existence of the very first human. Using insights from different sectors of science such as biology, anthropology, paleontology and a bit of economics, the author explores how our human societies, animals and plants were shaped. Also, it narrates how Homo sapiens (human beings) became dominant in the current world.

The Hitchhiker’s Guide to the Galaxy by Douglas Adams
The book is available in multiple formats as the movie, stage play, video game, TV series, and comics. Yet the feeling you get while reading the book is different than knowing the content through other forms. It’s way more convincing and enthralling. It talks about an intergalactic travel journey of two earthlings, and all that is nicely explained combining science, fiction, and comedy. The book is crazy and it never gets boring.

War and Peace by Leo Tolstoy
The reason why I love this book so much is because it brings up the important issues from the history of the French invasion of Russia and Napoleonic era through the stories of different Russian families. It’s an intriguing historical chronicle that also has a poetic side to it. Moreover, it also includes philosophical discussions at the end.

The Devils’ Alliance by Roger Moore
History vividly remembers the Soviets and the Nazis as rivals whose conflicts led to war. Yet, there was a time when the leaders of both the groups stood together as partners. In this book, the writer reflects the causes, impact of Nazi-Soviet Pact on people’s lives, and the other turning points of World War II due to this collaboration. I would recommend this book to anyone who is interested in history.

Sanjeev Uprety has rightly depicted the social phenomenon of Nepali people. The narrator’s wife goes to America through DV lottery and... Read More...

Welcome to 2044 where the world is on the edge of collapse and chaos, suffering from energy crisis and witnessing... Read More...

Shadow of impunity
13 hours ago

Nepal is safe for tourists as it is free from coronavirus: Minister Bhattarai
4 hours ago

Cases of human rights violations on rise in Nepal: INSEC
3 hours ago

Nepal is safe for tourists as it is free from coronavirus: Minister Bhattarai
4 hours ago