Welcome to 2044 where the world is on the edge of collapse and chaos, suffering from energy crisis and witnessing the consequences of global warming. In order to cope, the majority of the population immerse themselves in a virtual reality simulator knows as the OASIS. However, the OASIS is not just a method of salvation, but a whole another world in itself. It’s an alternate reality for all the inhabitants of the poverty-stricken, dystopian society they exist in where you can choose to be any character you want. You can change your name, the way you look, and your personality. You can reshape your entire identity. 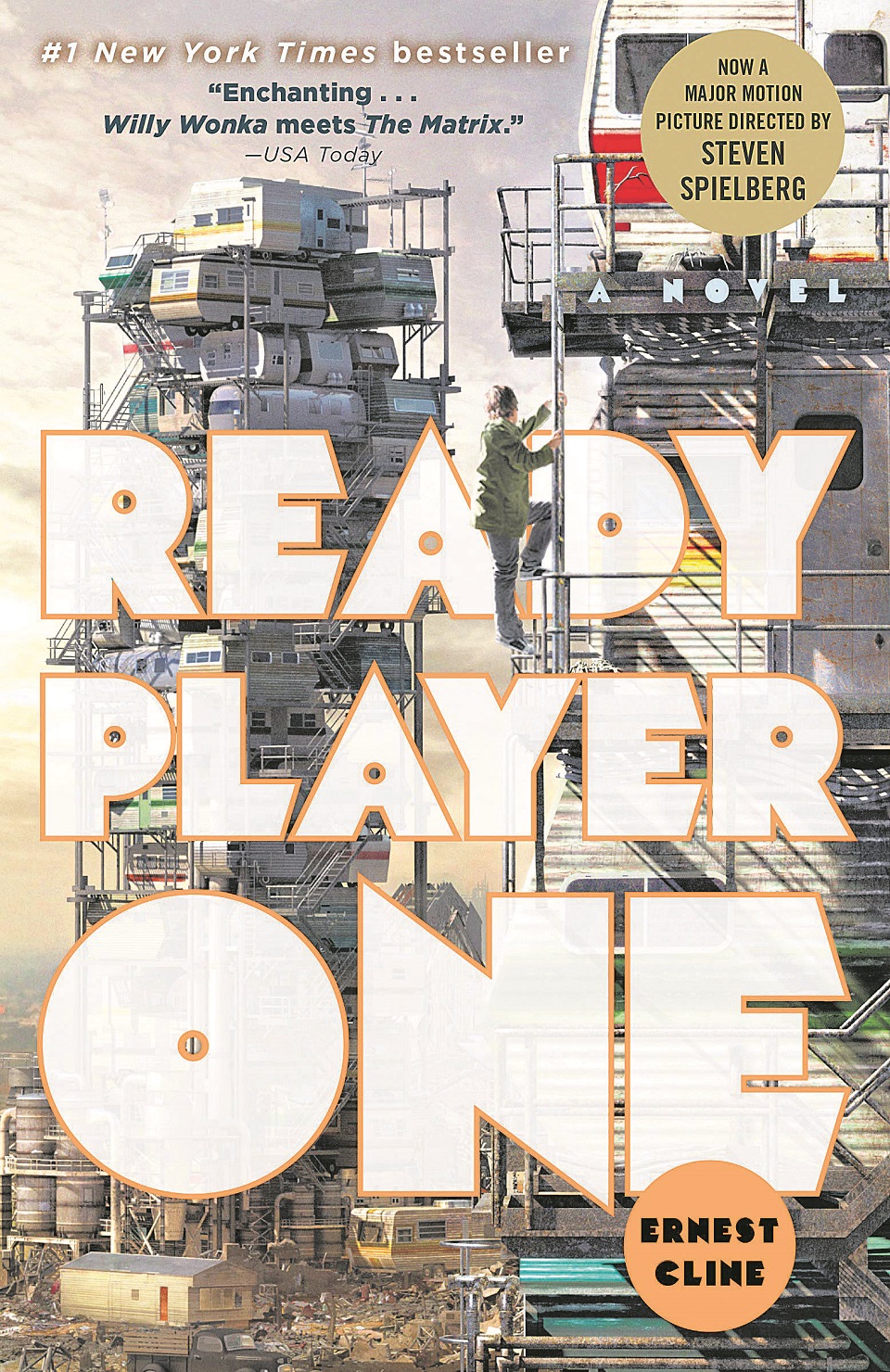 The story begins with the creator and owner of OASIS, James Halliday, releasing a video on the day of his death revealing that he has created a hunt within the virtual reality. He left three Easter eggs and each egg holds a clue that will help you find another egg. The player who finds all the eggs firsts and solves the puzzles that come along with them will inherit Halliday’s two billion dollars and the OASIS.

It’s been three years since the announcement and, out of the billions who live at the OASIS, no one has found an egg. There is a group of people who are devoted to finding the first egg, called the ‘egg hunters’, or ‘gunters’. These gunters dedicate every second of their lives to analyzing the deceased Halliday’s life, especially his teenage years during the 1980s. In fact, the 80s have had such a significant impact on them that everything from that time period has been revived in the OASIS, from fashion to various forms of entertainment, as a means to win the scavenger hunt.
Like millions of these gunters, Wade Watts is determined to be the first to find Halliday’s Easter egg, which seems like a nice fantasy to have, until he actually solves the first puzzle and discovers the first clue.

The basic premise of Ready Player One makes the novel seem like a fast-paced, action-packed story. However, it becomes just a nostalgic throwback to the America of the 80s with constant references to pop culture of that era. The novel also has many clichés and the world building is slow. Additionally, even when there is a threat to the character’s existence, the danger never feels imminent, not until the very last few pages of the book.

Despite these flaws, Cline does a very good job of capturing the loneliness that comes with advancement. How is it that we are more connected and yet farther apart than ever before? In the book, the people who live life through their characters in the OASIS have even been termed as the ‘missing millennial’ where they spend weeks in virtual reality and only take breaks from it to fulfill their basic needs. There is a part in the story where Watts logs off his account and, after looking around his room, is gripped with the sudden realization of how alone he truly is in the world.

One of the themes of the book is escapism that provides a sense of familiarity to the readers, especially to those who consider living life through a character, whether in a book, a movie, or a video game, more interesting than their actual lives. Sometimes, we enjoy something so much that it consumes us and we are no longer ourselves but rather a manifestation of the things we love. Watts is an epitome of someone who throws himself in the 80s time period in order to achieve a goal and doesn’t have any hobbies or ideas apart from finding out everything there is to find out about the era in which Halliday grew up in, to find the Easter eggs and inherit the fortune.

His days begin and end in the alternate reality where he is a thinner, good-looking and more skilled version of himself and after his uncovering of the first Easter egg, he becomes the famous ‘Parzival’ (his character in the OASIS), adored and loved by all gunters. Watts loves the idea of himself as a great person but barely does anything to make that real. He has no social skills, no social life or human contact aside from the technological labyrinth.

Even Halliday himself says, “I created the OASIS because I never felt at home in the real world. I didn’t know how to connect with the people there. I was afraid, for all of my life, right up until I knew it was ending. That was when I realized, as terrifying and painful as reality can be, it’s also the only place where you can find true happiness. Because reality is real.”

There is a certain blurring of the lines between real and not real, and it’s certainly difficult for readers to separate the two because Watts’ story, whether set in real or virtual life, is a fictional reality for us. So his experiences in the OASIS can at times be confusing since all the identities inside it are constructed by people who don’t look or act the same way in real life.

However, in terms of characters, Cline brings out the depth of being a teenager. Watts is an embodiment of the hopes youngsters carry. He goes through transitions of losing friends, losing his love, and even losing his identity but not losing hope. But at times, he comes off as childish and annoying. Unlike many other books in the genre, the main character isn’t an unafraid, brave person who takes on evil enemies without a second thought. The rest of the supporting characters too come with their package of flaws, insecurities, and issues. None of them are perfect. Each one does something questionable and thus it feels very real.

Ready Player One might not be a perfect story and it might be difficult to understand all the pop culture references of the 80s but the story does ask some meaningful questions about life and existence in general. It also provided an interesting perspective on what would happen to the world if a virtual reality such as the OASIS becomes a part of our daily lives, thus giving you some crucial food for thought.

Sanjeev Uprety has rightly depicted the social phenomenon of Nepali people. The narrator’s wife goes to America through DV lottery and... Read More...

The captain of the National Debate Team, Apratim Shrivastav, says that it is his reading habit that has boosted his... Read More...