Lockdown a boon for timber smugglers 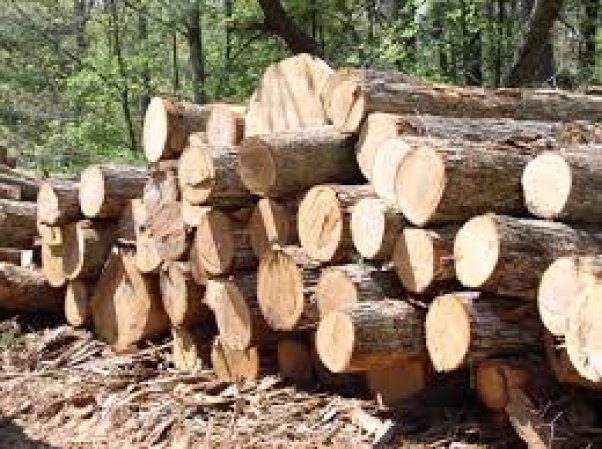 ARGHAKHACHI, April 13: The ongoing lockdown has proved to be a boon in disguise for timber smugglers, according to locals of Kapilvastu and Arghakhachi. A huge number of Sal trees from the government and community forests of the two districts have gone missing recently, they say. Following this, the district forest division office has started patrolling the sensitive areas.

Requesting anonymity, a local of Kapilvastu said that the forests in the border areas of the two districts were always a target for the smugglers. However, they would cut down trees only cautiously. But now due to the lockdown, there is little human activity going on around and they feel free. "Along with timber smuggling, poaching of wild animals is also on the rise. We know this but we do not have exact records. Neither the local administration is taking notice of this," he said.

Deforestation and missing of timber are mostly seen in the jungles at Sheetganga Municipality. Khayarbhatti, Lungri, Simalpani and Harre areas are said to be in the hunt of the smugglers.

"Police are carrying out operation. The smugglers will be in net soon," Sharma further said.

Both the districts have huge dense forests. Sheetganga Municipality of Arghakhachi alone has 47 hectares of forest land, which is looked after by eight staffers of the division office. According to assistant chief of the division office, the office has taken all steps to control deforestation and poaching of animals. "The office has urged all the members of community forests, committees and sub-committees to be more vigilant. Similarly, forest offices have been given strict direction to keep a watch in the areas," he said.

Any COVID-19 affected area will be put under lockdown: Govt

KATHMANDU, March 13: The government on Thursday said that it will enforce a lockdown in any area that is found... Read More...