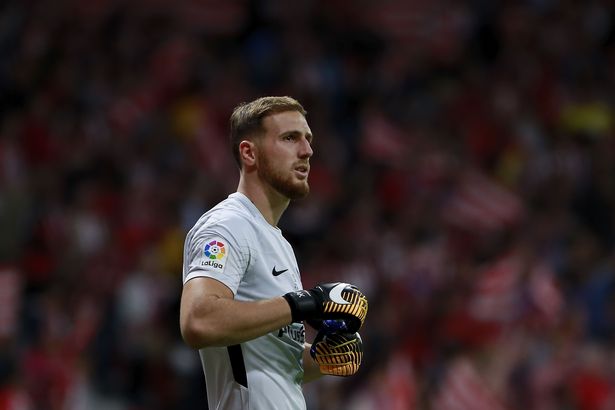 Liverpool want to sign Atletico Madrid goalkeeper Jan Oblak but will have to fork out €100million to meet his buyout clause, according to reports.

Jurgen Klopp has backed Loris Karius as the club's current number one but the Reds boss is said to be preparing to bring in a new goalkeeper ahead of next season as he looks to close the gap on Manchester City.

The Merseyside club have had no trouble scoring goals but Karius has failed to stamp his authority between the sticks.

Liverpool had long been linked with Roma's Alisson but their pursuit of the Brazilian stopper is over while Stoke City's Jack Butland has also been touted with a move to Anfield.

Oblak is another stopper on the club's radar, with Spanish publication AS reporting that Liverpool, PSG, Arsenal and Juventus are all interested in acquiring the 25-year-old's services.

The Slovenian international is reportedly tied with Atletico until 2021 and although the La Liga giants are in no rush to sell, they would have no choice should any interested party stump up the €100million fee.

Sky Sports pundit Ian Wright has previously urged the Reds to sign Oblak - and said they should look to land him if they want to challenge City for the Premier League title.

"I think if Liverpool are definitely going to challenge City, that's the position [they need to strengthen]" Wright told Sky Sports.

"I would get that keeper, Oblak-kind of like stature.

"That top keeper that can win you games with saves."

Arsenal's season will end as a "big disappointment" if they fail to finish in the Premier League top-four and secure... Read More...