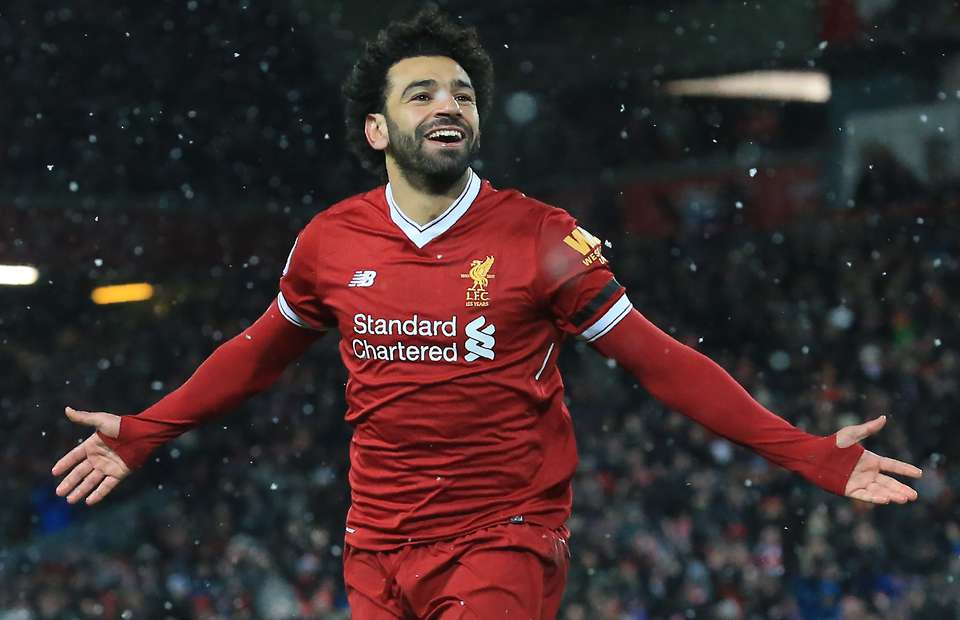 Mohamed Salah has added yet another award to his glittering collection after the Liverpool star was named EA Sports' Premier League Player of the Season on Sunday.

The 43-goal Reds forward could set a new Premier League record for a 38-game season when Jurgen Klopp's side host Brighton at Anfield on Sunday.

Salah has scored 31 goals and is currently level with Alan Shearer, Cristiano Ronaldo and Luis Suarez for most goals across a 38-game campaign.

And after scooping both the FWA and PFA Player of the Year awards last month before following it up with Liverpool's in-house version earlier this week, another couple of awards have since come Salah's way.

Salah also won the Golden Samba this week to follow in the footsteps of the likes of Luis Suarez, Philippe Coutinho, Steven Gerrard and last year’s winner Sadio Mane.

After adding more honours to his rapidly expanding trophy cabinet, Salah revealed his delight, telling liverpoolfc.com: "I'm very happy, it's an honour to win this award.

"It was always in my mind to come back to the Premier League to show the people that say I didn't succeed here the first time [with Chelsea]."

Salah is just the third Liverpool player to win the award, following on from Robbie Fowler and Michael Owen, and the Egypt international noted the role manager Klopp played in helping him adapt at Anfield.

He added: "He has helped me a lot to do what I'm doing now, on the field and off it, I have to thank him for everything he has done this year.

"But [there are] still two games, we have to think about that.

"I really, really respect him a lot and I'm sure we are going to do something special for the club this year."