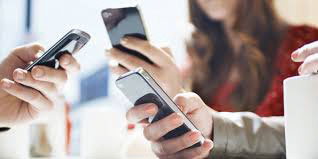 Social media has changed the way people communicate and share information. It has now become inseparable part of human life. We can interact and associate with people around the world with just a click of a button. It makes it easier to share important events, information and moments of our lives.

People can say what they want, support what they like and thrash things they don’t like or raise voice against serious social problem. Nowadays, social media has become the main distribution channel for information around the world. People can make friends across the globe, share and express their thoughts, learn the cultures, etiquettes and behaviors. People can know things about the whole world by just sitting inside a room.

But social media has also made people lonely in the real sense. People nowadays are more concerned with the quantity of friend in social networking site than quality friends. People chat with friends with whom they just met in social media ignoring the friend who is sitting just beside them. The attachment and bonding which people used to share when there was no social media is fading away.

It is more important to capture moments in heart which never get faded and deleted
and which help in living life to the fullest.

When there was no social media people were happier as they were living their life in reality by not showing-off to the world. When a person is upset, s/he is relieved from the tight hug of his family or friends, not from fake consolation of friends in social media. We seem to have forgotten this reality.
People click pictures and take selfies of each and every moment they are living in and post it. It is okay to capture the moment and share it with friends in social media but what is more important is to capture those moment in heart which never gets faded and deleted and which helps in living the life to the fullest.

When there was no social media, people used to spend their free time in productive and creative works like reading books, playing, writing poems or stories or following their hobbies and spending times with families and friends but now people spend their time scrolling news feeds every now and then. Social media has also created a threat to privacy as all social networking sites access personal information when people use them.  Many users feel their personal data is safe on social media because they have set a high level of security settings, but this is not the case. Social media accounts can be easily hacked. It has given rise to cybercrime. Harmful messages and images can also spread very quickly. And once something is spread on these sites, it is very difficult to remove.

Though social media has brought people together it may create social isolation and even addiction. People spend more time on networking sites than face to face interaction. This makes people more dependent on these sites.

Social media has allowed us to hide behind the screens, allowing others to judge us. People want to prove that their life is interesting online though it may not be so in reality.

Social media can be both boon and bane to individual and it is totally upon individual how to use it. Thus, it is the responsibility of the individual to use social networking sites constructively. We need to be cautious about the things we share on social media. We need to avoid strangers. People should minimize the time they spend on social media and maximize their interaction with people around them. People should start living in real world searching for happiness and satisfaction in people around them instead of searching it in virtual world.

Government should also make effective and efficient rules to guide social media and to reduce cybercrimes. Users should be aware of possible hazards of social networking sites and should use these sites carefully. Let’s grab positive information and disregard negative. Let’s use positive and fruitful information in real life and diminish the negative impact of fake world.

Even as effects of social media use on mental well-being is hotly debated, a new study says that spending too... Read More...

In social observations, the (act of) study itself might sometimes alter the outcome. This intriguing idea stems up from the... Read More...

Two arrested on charge of rape
1 hour ago