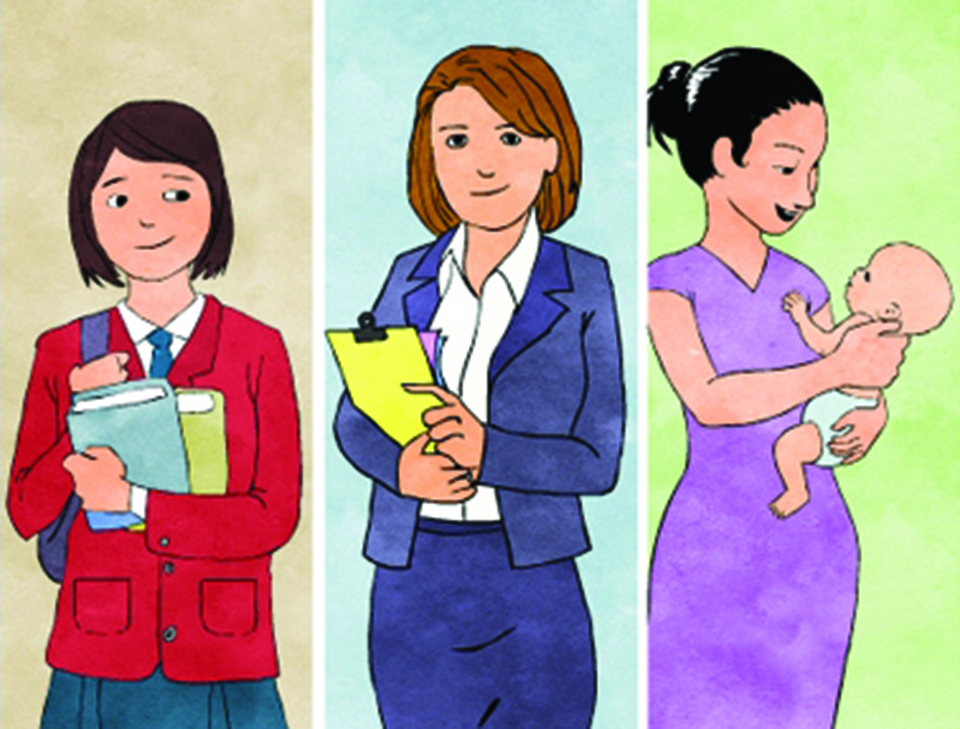 Why does our society only teach girls how to behave, where to go, what to do and what to wear? Why cannot we teach the boys to protect independence of girls?

A girl is a creation of god without whom the humanity would not exist, the strongest human of all who plays every role in the best of her efficiency and tries to accomplish it by keeping everyone happy. A girl is an ocean of emotions and feelings and can understand everything without a single word.

Ironically, this is also the country where a girl is not safe, neither inside the womb nor outside in the open world, even today.

Thousands of babies are aborted in Nepal every year after parents find out through ultrasound scans that they are girls. Still parents pray for a boy child and consider a girl child as a curse.

Every second day a girl is raped as she has become a mere object of sex and lust. Average of three rapes is reported in Nepal every week and many more remain unreported. Every day thousands of girls are harassed and molested. Instead of helping rape victims to revive and strengthen our society passes comments on their character. It gives goosebumps to hear that girl child as young as five are raped.

In Nepal, when a girl is menstruating they are seen as impure. Menstruation cycle is a natural bodily process that every girl must go through. A girl in her period is not allowed to enter temple, kitchen, touch religious books, attend religious events, touch male members of the family or touch food or animals. In rural areas, girls are even kept away from home during her periods. If girls have no menstruation cycle, there would be no life in the world. Some of us don’t seem to understand even this most basic thing. So they stick to stupid taboos.

This is stupid. We want mother, sister and wife but we don’t want girl as a child. One moment we worship Goddesses, next moment we go to abort girls from the womb. When she is born she becomes the object of prey. A rapist can live freely with his head held high and nobody stops him to enter the purest place of our society—the temple. But when a girl bleeds due to natural process she is not allowed to visit temples. Prostitutes who are engaged in sexual activity with their full consent for the sake of earning living are looked down with scorn but the man who rapes a girl often walks free.

We give long speeches on gender equality. But we don’t want to give freedom to our girls. We talk about their liberty and their rights. Where does their rights and liberty go when we fix the length of their clothes, when we set time limit for them to remain outside and when society decides their fate and choices?

Why should only girls be imposed restriction? Why does our society only teach girls how to behave, where to go, what to do and what to wear? Why cannot we teach the boys to protect independence of girls? I look around and ask myself: Is it really wrong to be a girl in the country where Goddess Sita was born?

Give every girl her liberty, let her make her own choice and see the miracles around. Treat her like a human being. A girl is not an object. She deserves to be treated with respect not played like a toy. It is sick to take a girl as a curse who instead is a boon not only to the family but to the whole of human race. Let a girl live her life in her terms respecting her decision and freedom. Let a girl fly freely in the sky. Let a girl live.