Let there be no illusion, Madhesh has never been India’s priority 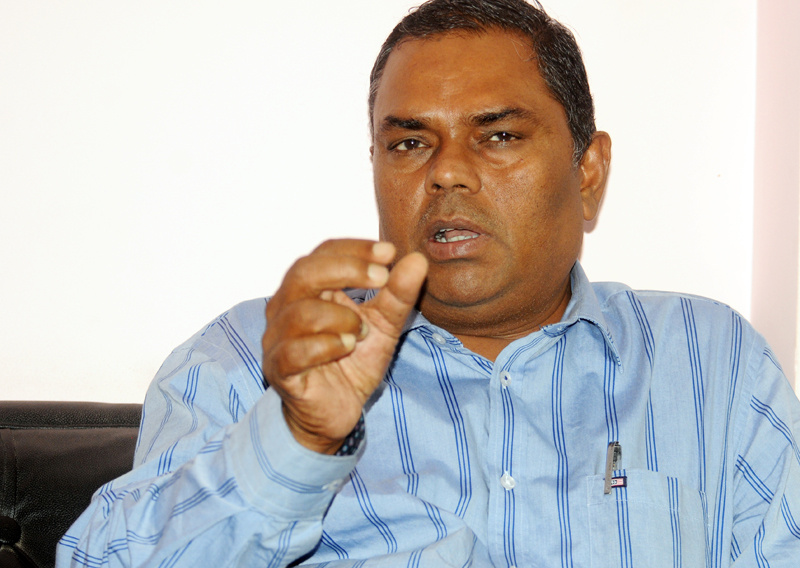 President of Federal Socialist Forum Nepal, Upendra Yadav, believes that the new constitution cannot be implemented without first addressing the concerns of the agitating Madheshis and Janajatis. Yadav, the former foreign minister and the undisputed leader of the first Madheshi Uprising in 2007, talked to Republica’s Biswas Baral and Mahabir Paudyal about constitutional amendment, the prime minister’s upcoming India visit and various Madheshi issues in an extensive interview.

The government was supposed to table a proposal to amend the constitution before the prime minister’s India visit. Why didn’t it happen?
It is the duty of this government to implement the three-point deal among Congress, Maoist Center and Federal Alliance. We have already done our bit by supporting the prime minister bid of Pushpa Kamal Dahal. Point two of the deal is about providing compensation to those injured and disabled during Madhesh protests, declaring those who were killed martyrs and withdrawing false charges against Madheshi cadres. This can be easily achieved through a cabinet decision. But it has not happened yet.
The third and most vital point regarding constitution amendment can be addressed only through the parliament. But what about things it can do? The injured and the disabled are yet to get compensations. It has not even started the process. Those detained have not been released yet. The government promises to do everything but does nothing. The government of Sushil Koirala had decided to provide treatment expenses to the victims of Madhesh protests. We now have a third government after constitution promulgation. Even this basic demand has not been met.

A discolored armpit can be embarrassing and can affect what you wear and where you hang out. You may not... Read More...