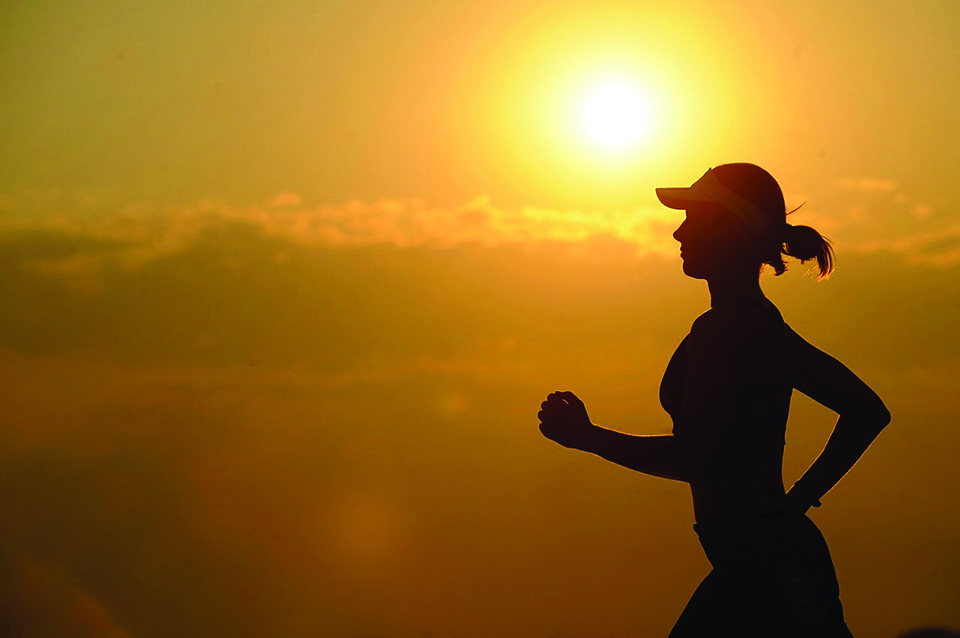 Physical activity is a core preventive health measure that enhances human capital and sustainable development. It should be embraced by all

Life is movement. It is the beating of a heart, a limb in motion, a lung inhaling, or a muscle flexed. It should be no surprise, then, that regular and adequate physical movement—or activity—is one of the best ways to improve health and well-being and get the most out of life, both in the immediate and long-term. Policymakers and publics across the WHO South-East Asia Region should take heed.

The benefits of physical activity are many. Throughout the life-course, physical activity improves muscular and cardio-respiratory fitness. It also helps control weight and the risk of noncommunicable diseases (NCDs) such as diabetes and cardiovascular disease. More than that, it aids in preventing depression and promoting mental health—an increasingly prominent concern both globally and in the Region. Kids aged 5-17 require at least 60 minutes of moderate-vigorous activity daily. Adults require at least 150 minutes of moderate-intensity activity weekly.

Importantly, by enhancing individual health, physical activity also diminishes health care costs, increases workforce participation and advances sustainable development more generally. Its promotion—especially in culturally relevant and familiar forms—should be a core part of preventive health everywhere. This is particularly the case given NCDs already kill an estimated 8.9 million people in the region every year, with around 4.4 million succumbing to them prematurely. Even a marginal increase in physical activity would alter these figures dramatically, saving individuals, communities and countries from emotional and financial pain.

There is much work to do. At present, an estimated 70 percent of boys and 80 percent of girls in the region report insufficient physical activity. Nearly one-third of adults do the same. The prospect of what is being called an ‘NCD tsunami’ is real. It can nevertheless be avoided. To their credit, and as WHO’s recently released status report outlines, each of the region’s member states are striving to do precisely that by including the promotion of physical activity in their Multisectoral National Action Plans to Prevent and Control Noncommunicable Diseases, which they are now implementing.

To support them, and to complement the Global Action Plan on Physical Activity 2018-2030 (which member states adopted at the World Health Assembly in May 2018), in October WHO launched ACTIVE, a toolkit for countries to fast-track progress in achieving the global target of reducing physical inactivity by 10 percent by 2025 and 15 percent by 2030. The toolkit has four major components, each designed to drive rapid, powerful and lasting change.

First, all countries should aim to create active societies. Crucial to doing so is deploying behavioral change campaigns that promote physical activity with possible link-up with community-based programs. The holding of mass participation events such as dance or yoga sessions (as Indonesia and India have done, respectively), for example, serve as an opportunity to reinforce healthy messaging at the grassroots while engaging community groups and civil society. As part of this, knowledge of the benefits of physical activity should be enhanced within the health sector itself, with practitioners encouraged to spread the word wherever possible.

Second, all countries should work to establish active environments. That means creating and maintaining infrastructure such as public open spaces, cycleways, footpaths and purpose-built facilities that promote physical activity. It also means working across sectors to integrate urban and transport planning aimed at creating neighborhoods that can be traversed without a vehicle. The benefits of implementing these and other initiatives go beyond facilitating physical activity, as they will also enhance the safety of pedestrians, cyclists and other vulnerable road users.

Third, policymakers should do their utmost to inspire active people. Key to making this happen is integrating physical activity into all aspects of our lives. Schools, for example, should provide good-quality physical education and opportunities to engage in physical activity, from pre-primary through to the tertiary level. Workplaces, too, can make time for physical activity and promote participation in public events. Doing so will benefit the health of all workers, as well as boost productivity—a win-win outcome that will have a positive effect in the wider community.

Fourth and finally, all countries should strive to develop active systems. Political leadership at the national and subnational levels, for example, should be sensitized to the importance of promoting physical activity, and should be fully committed to implementing the policies they have to facilitate it. Similarly, systems to monitor and evaluate the effectiveness of interventions should be strengthened, while financing mechanisms that support physical activity-related initiatives should be established and made full use of as part of a cross-sectoral commitment to taking action.

WHO is committed to supporting member states as they get ACTIVE and make the changes needed to encourage, promote and facilitate physical activity. To that end, optimism is due: After all, like committing to physical activity itself, sometimes the hardest part is getting moving in the first place. Member states already know what needs to be done and are implementing many of the policies required to help their citizens achieve optimal health and diminish the risk of NCDs. Further progress that enhances physical activity and life-long health, diminishes health care costs, and promotes sustainable development, will have wide-ranging impact. If life is indeed movement, our future is in good shape.