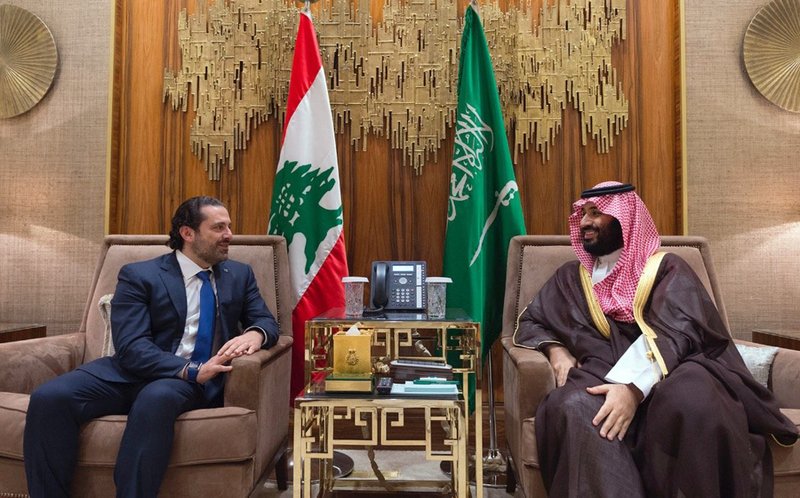 PARIS, Nov 18: Lebanon’s Prime Minister Saad Hariri arrived in France on Saturday from Saudi Arabia, seeking to dismiss fears that he had been held against his will and forced to resign by Saudi authorities.

Hariri is scheduled to meet at midday with French President Emmanuel Macron, who is trying to mediate in the region to avert a proxy conflict in Lebanon between Iranian-backed and Saudi-backed camps.

An Associated Press journalist saw Hariri emerge from a convoy that arrived Saturday morning at his Paris residence, where police stood guard. Hariri walked out of his car and moved straight into the building without speaking to journalists.

Lebanese television showed the prime minister accompanied by his wife Lara al-Azm, but none of his three children appeared.

A French diplomat confirmed Hariri’s arrival but would not comment on his plans beyond meeting Macron. It’s unclear when Hariri might return to Lebanon.

Before leaving Riyadh, Hariri dismissed as “rumors” reports about his alleged detention in the kingdom. In a tweet, he insisted his stay in Saudi Arabia was to consult with officials there on the future of Lebanon and its relations with its Arab neighbors.

Hariri announced his resignation Nov. 4 in a broadcast from Saudi Arabia, throwing Lebanon into a serious political crisis.

Lebanese President Michel Aoun refused to accept it, accusing the Saudis of holding him against his will. Many Lebanese saw it as a sign the Sunni kingdom — the prime minister’s chief ally — had decided to drag tiny Lebanon into its feud with the region’s other powerhouse, the predominantly Shiite Iran.

In his televised announcement, Hariri cited Iran and Hezbollah for meddling in Arab countries, particularly Saudi Arabia. He also said he was afraid for his life.

Shortly before he left Riyadh, Saudi Arabia asked its citizens for the second time in less than two weeks to leave Lebanon “as soon as possible” given the “circumstances” there. That raised fears of more punitive actions to come.

Macron said Hariri will be received “with the honors due a prime minister,” even though he has announced his resignation since Lebanon hasn’t yet recognized it.

Hariri’s family is expected to have lunch at the French presidential palace. Macron said he thinks Hariri intends to return to Lebanon “in the coming days and weeks.”

PARIS, Nov 19:  Lebanon’s Prime Minister Saad Hariri said he will return home in the coming days from where he... Read More...