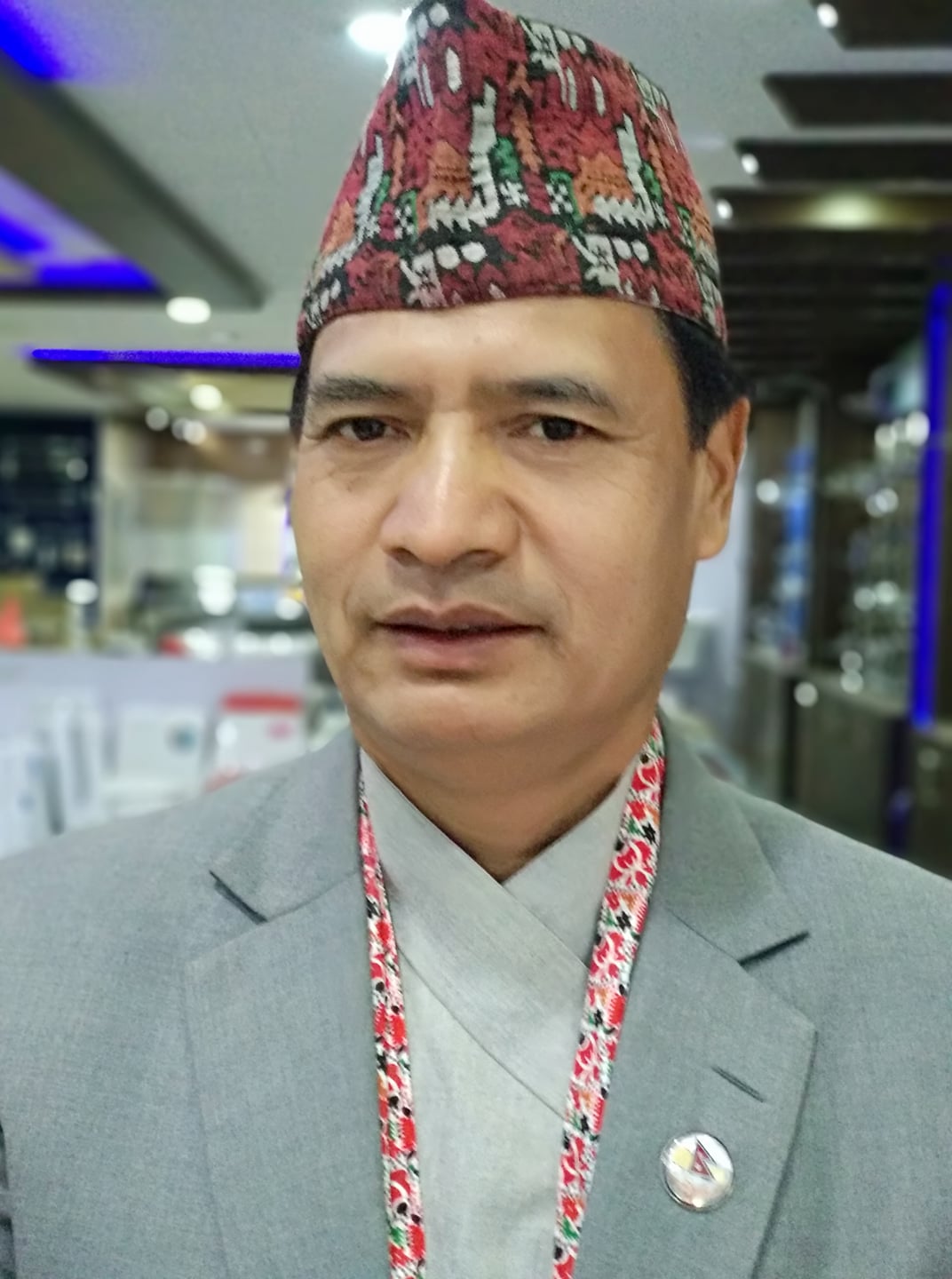 “Unless our daughters sell their bodies, they do not get their educational certificate,” Tamang said in a program. “The statement I made was to express concerns towards safety and violence,” the minister said in a phone interview. “It was a general statement that hurt immediate students,” he added.

When queried if he made any efforts to apologize over his remarks, the minister said he was thinking about it. “I am thinking about it, but so far, I’ve not done that.” The minister declined to accept that he had chosen his words hastily. In a follow-up phone call, Tamang restated his words.

On Twitter, Baburam Bhattarai, coordinator of Naya Shakti Nepal vented his ire. “It is objectionable that a Minister gives such public views. The government must initiate independent investigation and proper action,” Bhattarai said.

Nepal Communist Party's leader Narayan Kaji Shrestha said that the remarks of Durga Prasai and Sher Bahadur Tamang was a matter of concern. "I am extremely disheartened by the Minister's remarks. I hope the government draws its attention," Shrestha said on Twitter.

Prasain earlier had questioned the reason why female students pursuing MBBS took nine years to return from Bangladesh while their counterparts returned immediately after five years. “The fact is that female students sell themselves to get their certificate,” Prasain said. His remarks were severely condemned on social media while the Worldwide Nepalese Students’ Organization-Bangladesh issued a press release.

In its press statement, WNSO-Bangladesh called Prasain’s remarks “senseless and unethical” and that it was “directed towards the character of the Nepalese daughters studying in Bangladesh.” It also clarified that MBBS course in Bangladesh was six years, “which may vary only based on the potential, attendance and academic performance of the students, and not based on their gender or any other personal agenda”.

WNSO-Banladesh also rebuked Prasain’s allegations as blatant lies and that it was directed “for his own personal, professional or political benefit.” 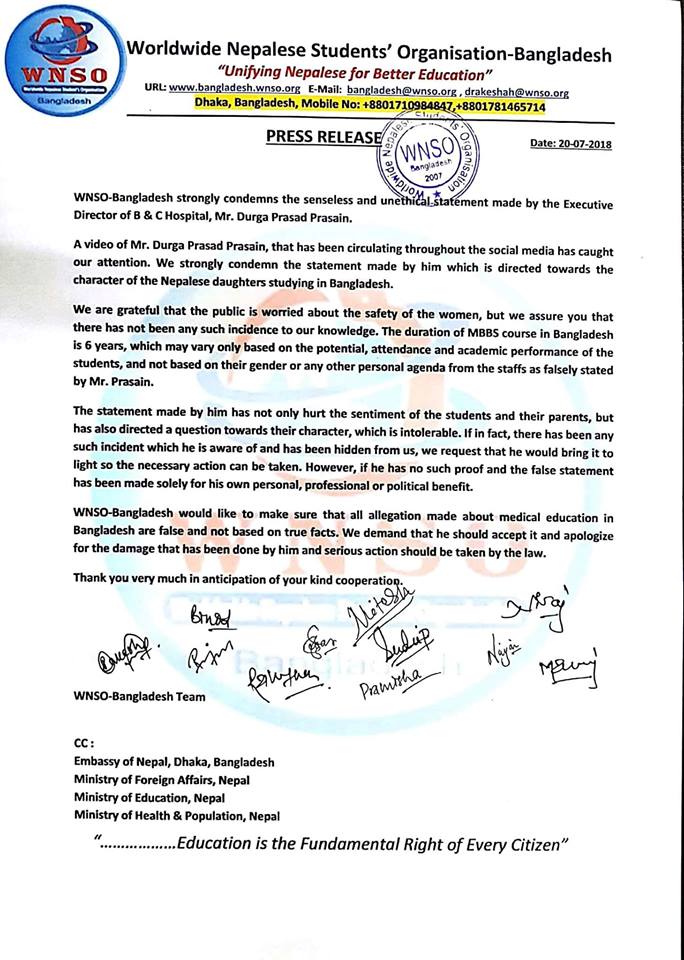 After public outcry, minister apologizes for his remarks

KATHMANDU, May 5: Nepali Congress leader Bimalendra Nidhi, who had left the government earlier this week due to differences with his... Read More...

PM Oli fails to secure parliament’s confidence, what next now?
21 hours ago

President initiates process to form new govt, asks opposition parties to stake claim for new PM by May 13
19 hours ago

1.4B but no more? China’s population growth closer to zero
7 hours ago