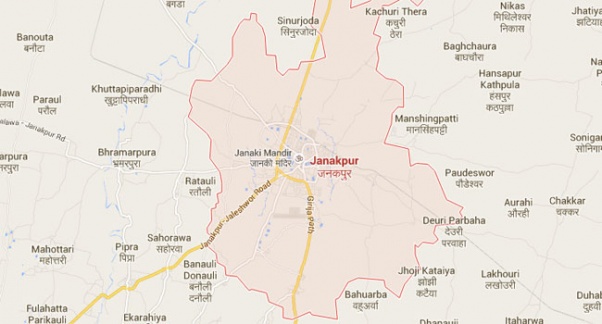 JANAKPUR, April 12: Land brokers in collusion with the head priest of a temple in Janakpur have encroached upon 15 bighas (approximately 300 katthas) of Guthi land in Janakpurdham of Janakpur.

A kattha of land in the area, Buspark area of Janakpurdham Sub-metropolitan City, fetches at least Rs 10 million as per the existing market price.

Laxmikant Jha, a local, says the land was encroached upon after the Guthi Sansthan mandated unprecedented power to the temple to mobilize land breaching the established Guthi norms.
King Rajendra Bir Bikram Shah had donated 15 bigha 4 kattha of land to the temple to organize puja and arrange for resources required for the temple in 1889 BS. The existing Ram Janaki Dulaha temple was constructed on the donated land.

Jha, a retired temple priest, informed Republica that the donated land was divided into two pieces - eight bigha 4 kattha and seven bigahs - and registered accordingly in the name of the temple.
Surendra Yadav, a local, said most of the land donated by the then king has now been encroached upon. Of the total donated land, the temple has leased out four bigha of land to the bus park. A bigha of land leased out for buspark draws Rs 40,000 monthly.  Four katthas of land falls along the Janakpur-Jaleshwor road section.

Apart from the land leased out to the buspark and occupied by the road, 90 percent of the land has been encroached upon, according to Birendra Das Baishnab, a local priest. “Why guthi, district administration, police and regulating bodies are silent even when the Mahant Ram Ekbal Das aka “Biskhopara” sold the temple land as his private property,” said Birendra Das Baishnab adding, “It sounds fishy as the local authorities are indifferent to the encroachment despite objection from various quarters and registration of complaints in writing.”

Ram Ekbal Das, father of two sons and five daughters, has been accused of murdering official head priest of the temple, Dhaneshwor Das. Locals say Ram Ekbal had claimed the position of head priest after the murder without following set temple prodecures and started to sell the temple land arbitrarily.

SURKHET, Oct 17: Jayarup Budha, 74, of Lekhgau, is in the district headquarters Birendranagar since the past four days. Since last... Read More...