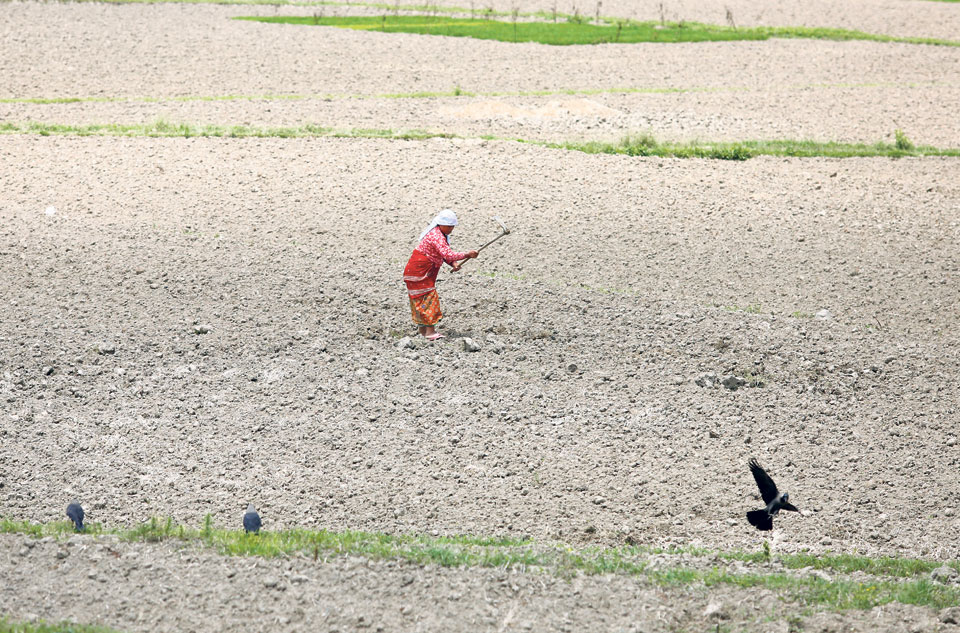 DHANGADHI, July 1: Experts say that Nepal can be in a position to export paddy in the same way that the country used to do in early 1980s by increasing irrigation systems and giving high emphasis to the crop.

Around two-thirds of the arable land in Province 7 does not have irrigation facilities. The other problems that farmers are facing include lack of improved seeds and fertilizers, according to Hema Raj Panta, a professor at Kailali Multiple Campus, Kailali. “This province can restore its past glory of exporting paddy to Banlgadesh and Odisha, India, among others,” added Panta.

Panta came down heavily against the government for not paying attention to paddy farming and for its failure to bring a concrete time-bound plan to improve production of this staple crop. “The government has failed to retain farmers in agricultural sector,” he added.

Kailali and Kanchanpur districts are the pocket areas for paddy farming. Soil fertility is very high in these districts. In sharp contrast with these districts, food production is very low in hilly region of this province. Local production cannot meet food requirement of even four-five months. It is because of low productivity that youths from these hilly districts migrate to Indian cities to work as laborers.

Only around 35 percent of 322,076 hectares arable land in this province has round the year irrigation facilities. “Irrigation projects started long ago, including Mohana Irrigation Project, remains incomplete even today,” Pant said.

As a result, many farmers are dependent on small-scale deep boring for irrigation.

Sarita Pant, information officer of Kailali-based Regional Agriculture Directorate, said that agricultural productivity in the province can be increased significantly by arranging irrigation facilities as well as improved seeds and fertilizers to farmers.

Experts also stress the need to shift to commercial farming from existing subsistence farming. Former member of National Planning Commission Janak Shah said that there was no option but to embrace commercial farming. “The government should provide subsidies and support to farmers to purchase improved seeds and fertilizers, and develop irrigation projects as per the need,” Shah said, adding that farmers should be classified first and subsidy programs should be targeted at commercial farming only.

Another worrying thing is, farmers are not getting proper price for their products while middlemen are making money. Nepal Food Corporation (NFC) deliberately makes delay in fixing prices, giving middlemen ample space to step in purchase paddy at lower rate from farmers.

“Traders buy paddy from farmers at cheaper price during harvesting time itself. They then sell it at higher price,” he said, adding that such a situation won’t have arisen had NFC fixed the price on time. 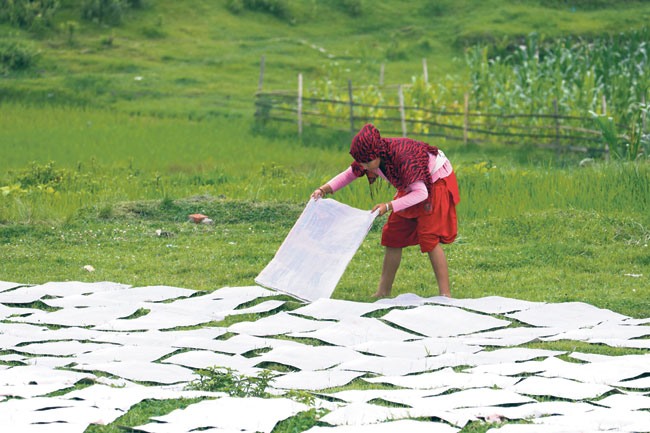 Local bodies in a mess for lack of infrastructure

ILAM, Aug 4: Much to the delight of the people, the government recently conducted local level elections in two phases in... Read More...