Koteshwor and Maharajgunj are COVID-19 ‘hotspots’ in Kathmandu

KATHMANDU, Aug 24: At least 1,411 COVID-19 cases have been diagnosed in the Kathmandu Metropolis, with more than 100 active cases each in Koteshwor and Maharajgunj areas.

Likewise, Sorkhakhutte has reported 94 cases, with at least seven patients recovered from the infection. Kalanki has reported at least 91 cases, followed by 74 cases in Mahaboudha, and 65 in Baluwatar.

Similarly, Naxal has seen 46 cases, while Lazimpat has reported only 10 cases.

However, the ministry has not provided the location of 238 COVID-19 infected patients.

The least affected areas in Kathmandu Metropolis are Nardevi and Bhimsensthan, with only two cases each. Similarly, there are eight cases in Dhobichaur, five in Damaitol, six in Lagan and 10 in Ombahal.

Similarly, Hadigaun has 52 cases, while Boudha and Chabahil have 18 and 31 cases, respectively. Likewise, Tripureshwor, Teku and Kalimati areas have recorded 45, 32, and 63 cases.

The metropolis has already seen eight corona-related deaths. Of the deaths, three are from Baneshwor, two are from Mahabouddha. Likewise, one patient each from Baneshwor, Damaitol, Bhimsensthan, Baluwatar also succumbed to the infection. 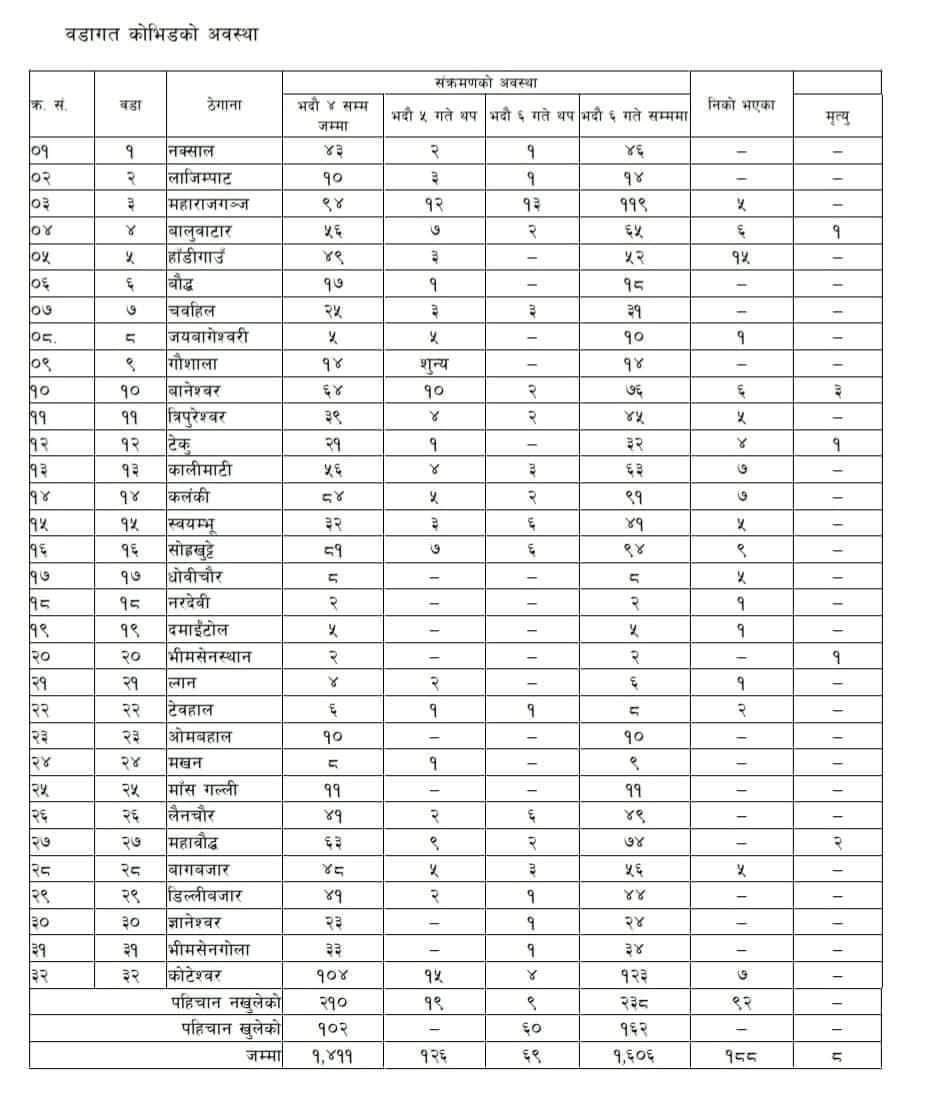 KATHMANDU, Nov 10: With 2,736 more people testing positive for the novel coronavirus in the past 24 hours, the total... Read More...

1,599 more people contracted the virus in the past 24 hours in the Kathmandu Valley ... Read More...