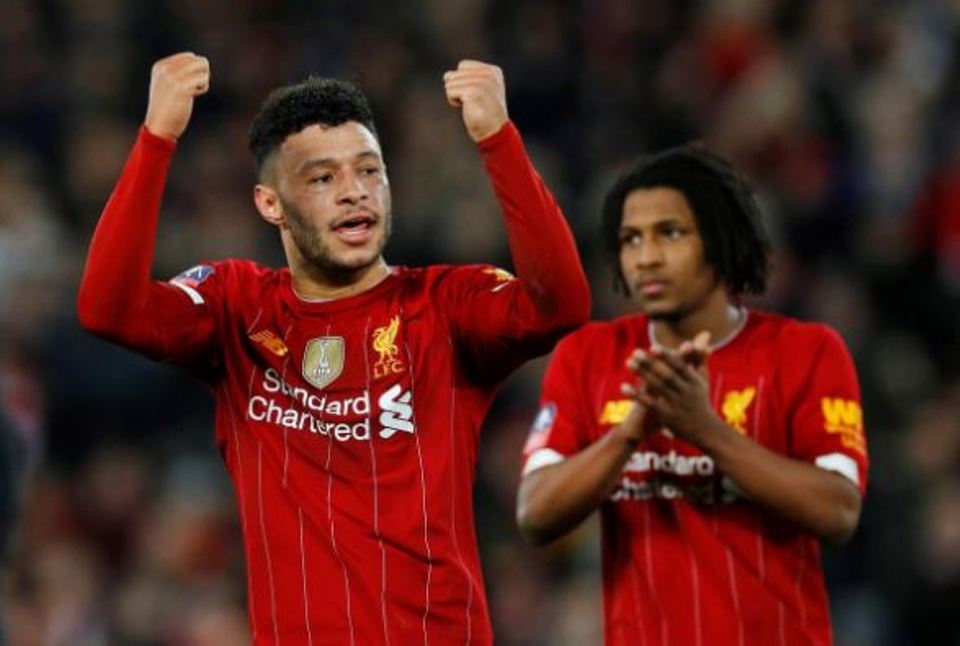 LIVERPOOL, England, Jan 6: A stunning strike from 18-year-old Curtis Jones gave a youthful Liverpool a 1-0 win over Everton in their FA Cup, third-round tie at Anfield on Sunday.

Premier League Crystal Place were knocked out by Championship side Derby County after suffering a 1-0 loss at Selhurst Park.

Liverpool manager Juergen Klopp made nine changes to his side, giving starts to three teenagers, while his Italian counterpart Carlo Ancelotti opted for a largely full-strength Everton lineup.

The gulf in experience between the two sides was barely evident, however, and will simply add to the pain for Everton, who are without a win at Anfield since September 1999.

For Liverpool it was a performance which illustrated the talent coming through the production line at their Melwood training ground.

For local-born academy product Jones, it was a game he will never forget, delivering his first senior goal in a Merseyside derby.

“I can’t sum up my emotions. For me it’s huge just being around this team every day and learning from this group of players. There are world-class players all over this team but I think I went out and showed what I could do on the pitch,” he said.

Everton should have gone into the break ahead, with Liverpool keeper Adrian foiling goalbound efforts from Dominic Calvert-Lewin, Mason Holgate and Richarlison in the first half.

Ancelotti will be disappointed that on each of those occasions his players aimed straight at the Spanish keeper but worse was to come.

Klopp was visibly appreciating the sight of his youngsters buzzing around the field playing enterprising football with the German raising his arms in applause as teenagers Neco Williams, Harvey Elliott and Jones showed they are well-drilled in the Liverpool method.

Jones delivered the killer blow in the 71st minute when after a swift exchange with Divock Origi he unleashed a superb curling effort into the top corner, leaving Everton without a win against their rivals since October 2010.

“They played brave football. Unbelievable individual performances from the kids and the adults as well,” said Klopp.

“Sensational game and a sensational goal from a Scouser — who could ask for more?”

Eight-times FA Cup winners Spurs trailed to Ashley Fletcher’s fine finish just after the break but Moura’s header spared a Tottenham side who were without injured striker Harry Kane.

Tottenham dominated following Moura’s equaliser but Boro keeper Tomas Mejias, making his first start of the season, frustrated them with several saves as his side earned a replay.

Chelsea made nine changes to their starting line-up but beat Championship promotion hopefuls Forest with goals from Callum Hudson-Odoi and Ross Barkley.

Former Manchester United and England striker Wayne Rooney, back in England after a spell in Major League Soccer with DC United, helped Championship side Derby County to spring a surprise with a 1-0 victory at Crystal Palace.

It was Rooney’s first appearance in the FA Cup since he played for Everton — exactly two years ago — in a 2-1 loss to Liverpool at Anfield.

Palace skipper Luka Milivojevic became the first player in an English match to be sent off as a result of a referee reviewing an incident on a pitch-side monitor during the loss.

Derby striker Chris Martin decided the game with a close-range effort in the 32nd minute.

In an all-Championship clash, West Bromwich Albion and Charlton Athletic make a combined 20 changes, with Albion winning 1-0 thanks to Kenneth Zohore’s goal.

In another all-second tier encounter, Jordan Hugill, on loan from West Ham United, scored twice for Queens Park Rangers in their 5-1 win over Swansea City.