Video Story: Khatiwada resigned. Who will be the next finance minister now? 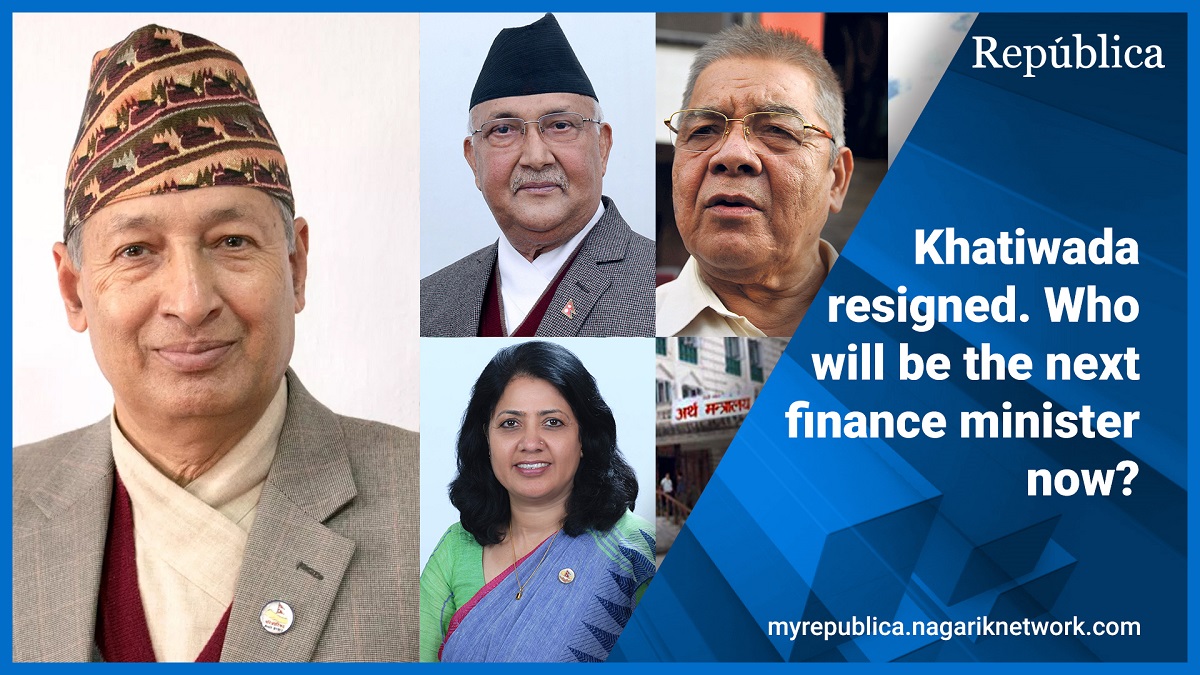 KATHMANDU, Sept 6: Who will be the new finance minister is a question everyone has started asking after Yubaraj Khatiwada stepped down on Friday. Discussions have started within the ruling NCP about his successor.

Vice Chairman Bam Dev Gautam, who is soon being appointed a member of National Assembly, has already staked his claim for the post.NCP General Secretary Bishnu Paudel and former Finance Minister Surendra Pandey are also being seen as potential candidates.

Dr Bimala Rai Paudyal, who was appointed a member of National Assembly by President Bidya Devi Bhandari, is also said to be in the fray. A section of NCP leaders believe that Sheetal Niwas has been actively lobbying for her appointment as the new finance minister.

Party insiders, however, say Prime Minister K P Oli is mulling over keeping the finance ministry with himself at least for now.  It is said Oli wants to give a greater role to Khatiwada to oversee the country's financial affairs even as he was forced to step down.

The two-year term of Khatiwada expired six months ago. Khatiwada was forced to tender his resignation as PM Oli failed to recommend his name for his reappointment as a member of the upper house.PM Oli has already conveyed that he will keep some ministerial portfolios with himself in the new cabinet reshuffle.

Oli intends to keep the finance ministry with him for the time being as he wants someone experienced to deal with the current financial crisis caused by COVID-19. Party insiders say Oli is mulling to appoint his trusted hand Khatiwada as his Chief Advisor.

Oli plans to appoint his current Chief Advisor Bishnu Rimal as the Chief Political Advisor or give him some other political positions including ambassador.This arrangement, leaders close to Oli say, could pave the way for him to run the finance ministry at his will despite being cornered in the party.

It will take some time to know if Oli will succeed in his plan to keep the finance ministry with himself and provide a dignified position to Khatiwada.