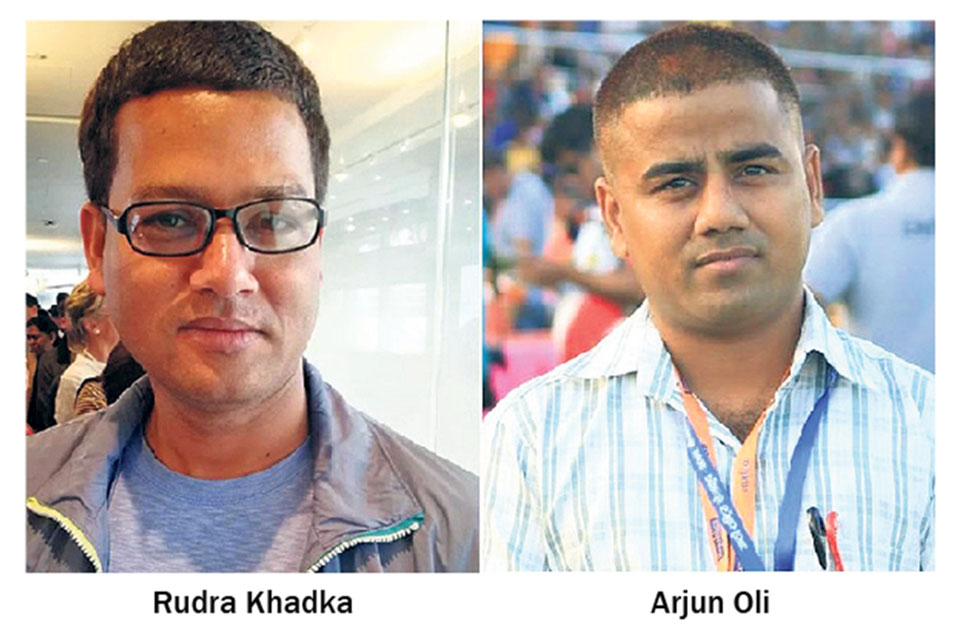 KATHMANDU, April 24: The Barbara Adams Investigative Journalism Award 2018 has been jointly awarded to journalists duo Rudra Khadka and Arjun Oli for their series of news reports on the irregularities in the Sikta Irrigation project based in Banke. The stories were published both in Nagarik and Republica dailies.

According to a press statement issued by Barbara Foundation, the award jury reviewed 45 news reports on Sikta, many of them filed from the ground in Banke, offering details on the deep-seated corruption in the government and among project officials. This ultimately resulted in substandard irrigation canals.

Their reports drew national attention toward the dire straits of the national pride project and forced parliament to look into the corruption case. Two dozen people including senior officials and a former minister, are currently facing charges in the court.

“Billed as a national pride project, Sikta has ended up as a huge disappointment for the local population in Banke and for all of Nepal,” the statement quoted the jury as saying. “We would also like to draw attention to the fact that this is the first time the award has gone to a reporter based in mofussil. It is important to recognize professional excellence in contributions made by journalists working outside Kathmandu.”

Journalist Oli is based in Nepalgunj, Banke, while Khadka reports from Kathmandu. The award carries a purse of Rs 100,001. It will be handed over on April 26 at the Nepal Tourism Board by chief of Province 3, Anuradha Koirala.

The stories by Khadka and Oli were chosen from among 53 applications received this year for the award. Additionally, among the other five finalists, the Honorable Mention has gone to journalist Makar Shrestha’s news reports on irregularities in parliament. His reports revealed, among other things, how Nepal’s lawmakers, who have their own residences in Kathmandu, claimed housing allowances from the government, according to the statement.

KATHMANDU, Nov 13: Claiming that news reports published in the Nagarik and Republica dailies about corruption and irregularities at the... Read More...

U.S. Secretary of State Pompeo in India on first leg of Asia trip
21 hours ago

Health desk mandatory at grade12 exam center, not more than 20 students in a room
8 minutes ago