Four among the 12 shared their experiences about their social work during the program. They were artists Dhurmus-Suntali, social worker Pasang Sherpa, and cooperative activist Phul Kumari Yonjan Shrestha.

Similarly, Pasang Sherpa, who has been widening trails in the Khumbu region, said he will dedicate his remaining life to the upgradation of the trails. He also urged the political leaders to bring up development plans in the remote region.

Speaking on the occasion, Dr Govinda KC, Nagarik Hero 2010, has said that the trend of honoring individuals for their exemplary contribution to the society established by NRM is appreciative.

He further said that we do not have good leaders, despite being a good country. In this context, the felicitation of civilian heroes will help set up a good example in the society.

Similarly, Former Finance Secretary Rameshwar Khanal said that 80 percent people in our society are not good. Even if we honor one percent good people for their exemplary work, it will help encourage our younger generation to follow suit in the society.

In this context, the NRM has set a good trend of honoring real civilian heroes, said Khanal.

Nepal Republic Media (NRM) Director Shova Gyawali said that NRM has started the tradition of honoring civilian heroes to set an example that good works are always appreciated. She also said that all the media run by NRM would focus on highlighting civilian heroes and representing people’s voices.

Speaking at the anniversary celebration, NRM Director Sambridhi Gyawali announced that NRM is going to establish two more regional papers – one in Pokhara and the other in Butwal in the next three months.

“With the gradual development in federal states and local elections, the need for a cohesive platform focusing on both regional and local level news is of immense need for an overall development,” said Director Gyawali.

She further said that the NRM’s mission to innovate and adapt in its perpetual quest for excellence has always triggered newer ways to reach out to the people. 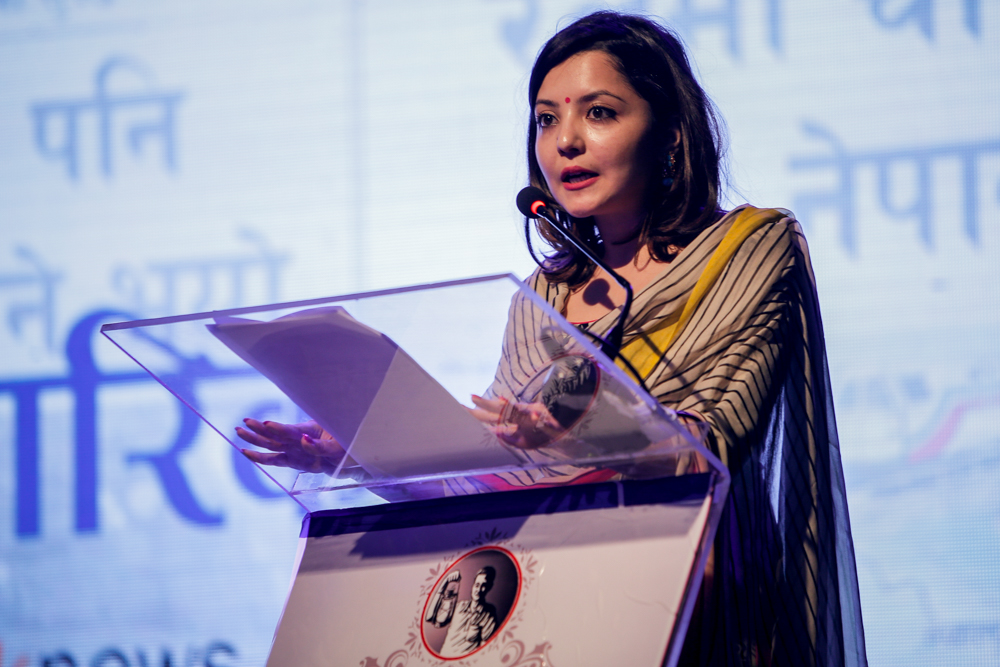 KATHMANDU, Feb 26: Thakur Belbase has been appointed as station manager as well as news chief of the soon-to-be launched Radio... Read More...